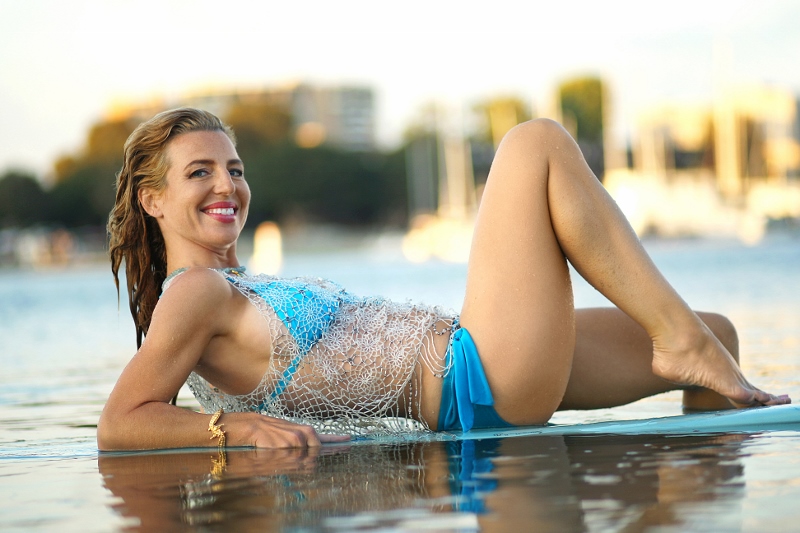 Ms. Namita Nayyar: Do you take some special diet or have a strict menu that you follow to remain healthy and physically fit?

Ms. Tanna Frederick: No. There are so many fad diets out here in Los Angeles which spread to the rest of the world and for a while I tried a few but I mainly just listen to my body depending on the exercise I’m doing. When I’m training for marathons I crave scones and toast. I’ll eat tons of scones. I mean, buy stock in Peet’s Coffee because that’s my ‘mess hall’ for six months out of the year. Their scones rock my quads.

Ms. Namita Nayyar: Advice and motivational words for our inspiring and budding women actresses who all are your fans, what should they do for their climb to the ladder of success in field of acting?

Ms. Tanna Frederick: Love what you do and do what you love. Learn as much as you can. Challenge yourself beyond your expectations. There’s no ladder in acting, or in an acting career, just a trampoline of ups and downs . So you can enjoy the ride, and if the kitchen’s too hot, get out. But if you can handle the bounce, and you thrive on the bounce, then there you go.

Ms. Namita Nayyar: Tell us about the experience of working in the film Garner, Iowa that was made through Project Cornlight, the arts initiative you founded to expand the film and performing arts industries in your home state, You star opposite Tom Bowers and fellow Iowan Joel West in a story about family and redemption, this film was directed by Ron Vignone and written by Richard Schinnow? 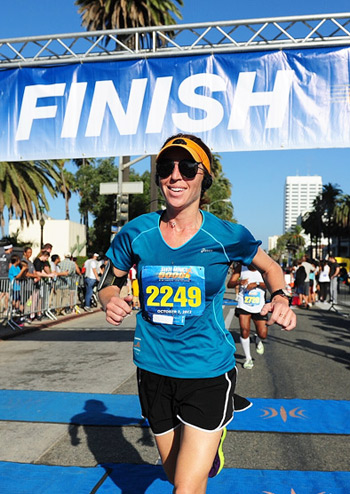 Ms. Tanna Frederick: Growing up I had the rich experience of being born in a state that was rich with stories and history. Not that I’m sure that there are wonderful stories everywhere but particularly in Iowa what we had was our relationships, and we wound stories around the table .

The whole experience of shooting Garner, IA in Iowa was a dream. The beautiful fields and landscapes of Iowa become a character itself in the film. Many of the locations we shot at belonged to members of my family, so it really was an act of love.

Being directed under the talented Ron Vignone was a special time as well. The story was so special. Telling the story of a woman’s journey to reconnect with her family and her personal struggle to prove herself a competent mother against the stigma of her bipolar mental illness was one of the toughest acting roles I have had to date but it was so much easier having all of the talented cast members and crew members surrounding me.

Ms. Namita Nayyar: You are a second degree black belt in Tae Kwon Do. Tell us about this endeavor of yours?

Ms. Tanna Frederick: I got kicked out of ballet class in first grade. I couldn’t follow the steps according to the teachers words to my mother and ‘marched to the beat of a different drummer’. Therefore, when I discovered my capability at kicking things in college in an elective course and began competing I had found my sport of choice and started competing in Hawkeye Tae Kwon Do and doing well. I have continued my training since then.

Ms. Namita Nayyar: Who has been your inspiration and motivation that led you to your success in the world of acting and production in films?

Ms. Tanna Frederick: So many people…I think it takes a village to surround and inspire an artist. My main start and love and seriousness and voyage into the the richness of the the history of film and fascination and love of my passion of acting and the transition from theatre to film has come from Henry Jaglom.