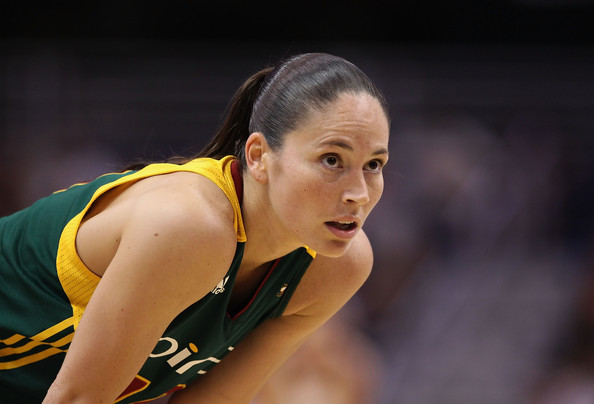 Making others better is what Sue Bird has done on and off the basketball court her entire life. Like Steve Nash of the NBA, Bird would rather dish out 10 assists than score 25 points a night. She will deflect credit and assume responsibility even if it wasnt her fault; that’s what leaders do. Its not a conscious decision, that’s just the type of person she is: Selfless, humble, driven, encouraging and smart; everything the ideal point guard should be.

Already one of the greatest point guards in basketball history, Bird continues to add multiple awards and honors to her legacy on a quarterly basis. Its a proven fact; wherever Sue Bird goes, championships soon follow. She won two New York state titles in high school, two National Championships at UConn, two WNBA Championships with the Seattle Storm, and another two gold medals with USA Basketball all before her 30th birthday.

Even with all her remarkable accolades, Bird is still the kind, sweet, and thoughtful person we all know and love. She’s everybodys favorite teammate, maintains a high appreciation for her fans and habitually gives back to the community from an authentic desire to make the world better. There’s something unmistakably genuine, honest, interesting and all-around fun about Bird.

Really, doesnt that sparkle in her eye and her trademark smile say most everything you need to know?