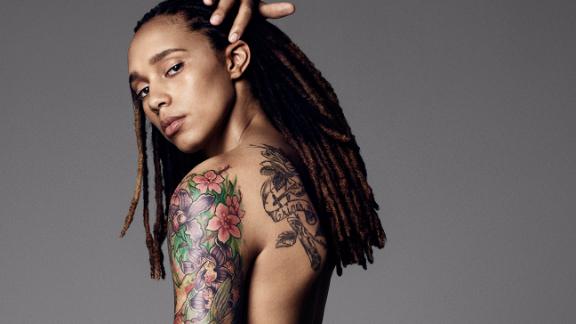 Brittney Yevette Griner (born October 18, 1990) is an American professional basketball center for the Phoenix Mercury of the Women’s National Basketball Association (WNBA). She played college basketball at Baylor University in Waco, Texas. She is the only NCAA basketball player to score 2,000 points and block 500 shots. In 2012, the three-time All-American was named the AP Player of the Year and the Most Outstanding Player of the Final Four.

The only international players surpassing her height are the late Margo Dydek, at 7 ft 2 in (2.18 m), the late Sue Geh, at 2.05 metres (6 ft 9 in) tall, Heidi Gillingham at 6 ft 10 in (2.08 m) and Allyssa DeHaan. In the 2013 WNBA Draft, the Phoenix Mercury selected Griner as the first overall pick. In her debut on May 27, 2013 against Chicago Sky, Griner equaled the WNBA dunk record, recording two dunks to equal Candace Parker’s career total. She thus became the third WNBA player to dunk and first to do so twice in one game. On August 24, 2014, Griner became the first WNBA player to dunk in a playoff game when she helped the Mercury defeat the Los Angeles Sparks, 93-68, at Staples Center. On September 12, 2014, Griner and the Mercury swept the Chicago Sky in the 2014 WNBA Finals, 3 games to 0, to capture the Mercury’s third championship in franchise history.

In September 2011, Griner spent two weeks playing under coach Geno Auriemma for the U.S. National Team as part of its European training tour. Griner was the only college player in the group. She averaged 12.8 points and 7.3 rebounds a game with the USA team in Europe.

Griner was the sole player still playing in college on the 2012 U.S. Olympic women’s basketball team finalists roster. Excluding Griner, the average age on the finalists roster was approximately 30 years old compared to Griner, who was 22 years old at the time of the Olympics. Griner decided in April 2012 not to participate in the 2012 Olympics due to family illness and her school schedule. In April 2013, the Dallas Mavericks NBA franchise asked Griner to appear in tryouts for the team.