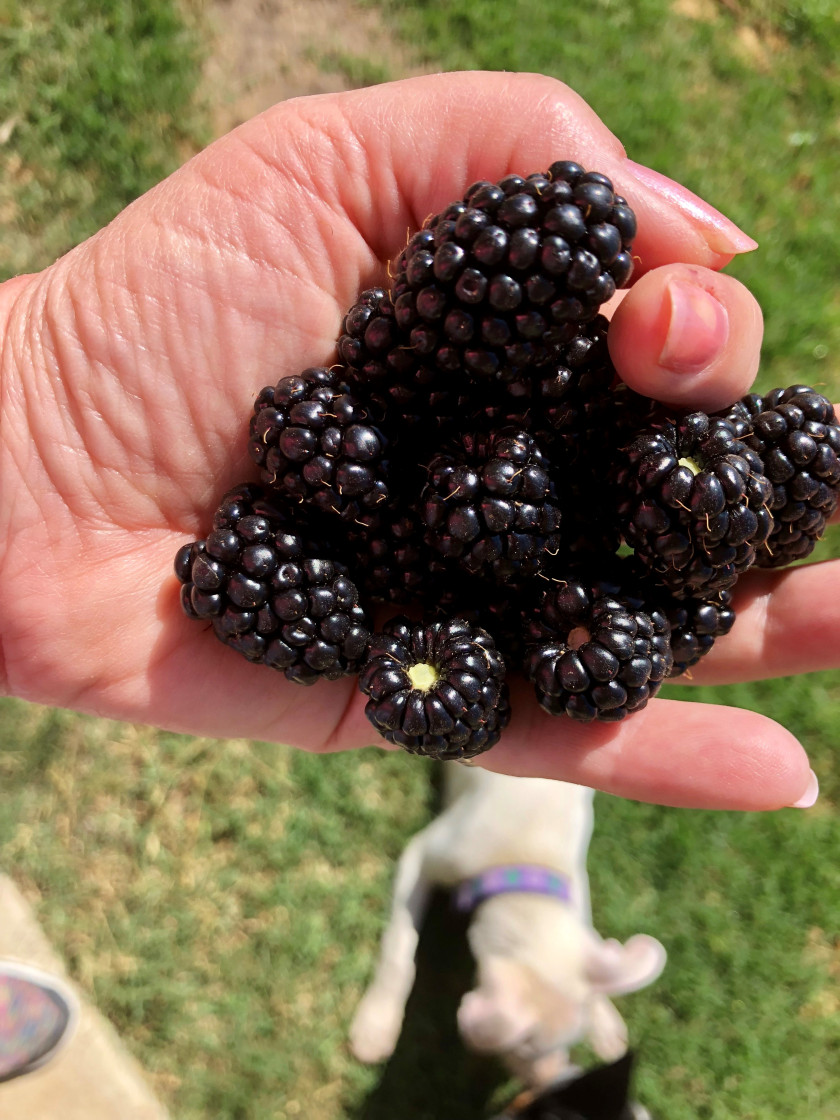 These belong to the blackberry family and are sweeter than blackberries. They are deep red in color when unripe, and dark purple when ripe. One striking feature is that the male and female plants grow separately.

The dewberries (Rubus sect. Eubatus) are a group of species closely related to the blackberries. They are small brambles with berries reminiscent of the raspberry, but are usually purple to black instead of red. Dewberry, a trailing shrub closely related to the blackberry. It is characterized by canes, or prickly stems, that trail along the ground. The dewberry is native to North America and grows in nearly every part of the United States.

The dewberry vine is slender and generally hugs the ground as it grows, shooting out tendrils in several directions. The leaves are shiny and leathery and have blunt-toothed edges.

The flowers are white. The fruit, which is edible, is dark reddish-black and is larger than that of the common blackberry. Dewberries belong to the rose family, Rosaceae. The American dewberry, the most common species, is Rubus flagellaris.

It may be difficult to distinguish dewberry and blackberry when looking at a single leaf. However, the overall plant appearance and growth habits of these two species are quite different. Dewberry has a low, vine-like growth habit and will rarely reach greater than 2 feet in height. Blackberry has a very upright growth pattern and will commonly reach 3 to 6 feet in height. Dewberry commonly has slender thorns with red hairs on the stem while blackberry has hard, tough thorns and no hairs. Additionally, the seeds in dewberry fruit are much larger and tougher than those in blackberry. 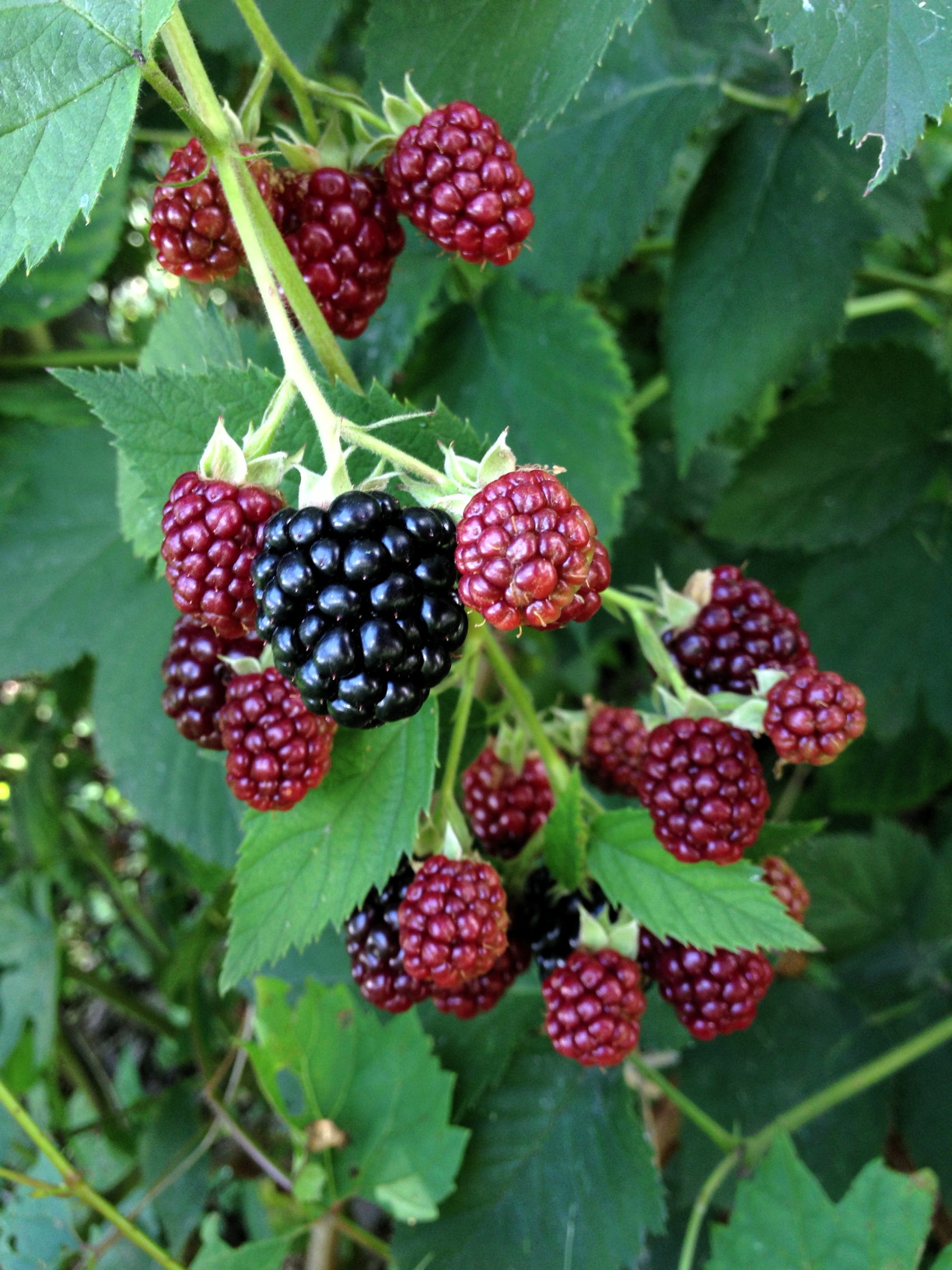 Dewberries are common throughout most of the Northern Hemisphere, sometimes thought of as a nuisance weed, but the leaves can be used for a tea, and the berries are sweet and edible. They can be eaten raw, or used to make cobbler or jam.

Around March and April, the plants start to grow white flowers that develop into small green berries. The tiny green berries grow red and then a deep purple-blue as they ripen.

When the berries are ripe, they are tender and difficult to pick in any quantity without squashing them. The plants do not have upright canes like some other Rubus species, but have stems that trail along the ground, putting forth new roots along the length of the stem. The stems are covered with fine spines or stickers. The berries are sweet and, for many, are worth the scratches and stains that come from picking them. In the winter the leaves often remain on the stems, but may turn dark red.

The leaves are sometimes eaten by the larvae of some Lepidoptera species including peach blossom moths. The European dewberry, Rubus caesius, grows more upright like other brambles, but is frequently restricted to coastal communities, especially sand dune systems. Its fruits are a deep, almost black, purple and are coated with a thin layer or ‘dew’ of waxy droplets. Thus, they appear sky-blue (caesius is Latin for pale blue). It is less sought after, because its fruits are small and retain a markedly tart taste even when fully ripe.