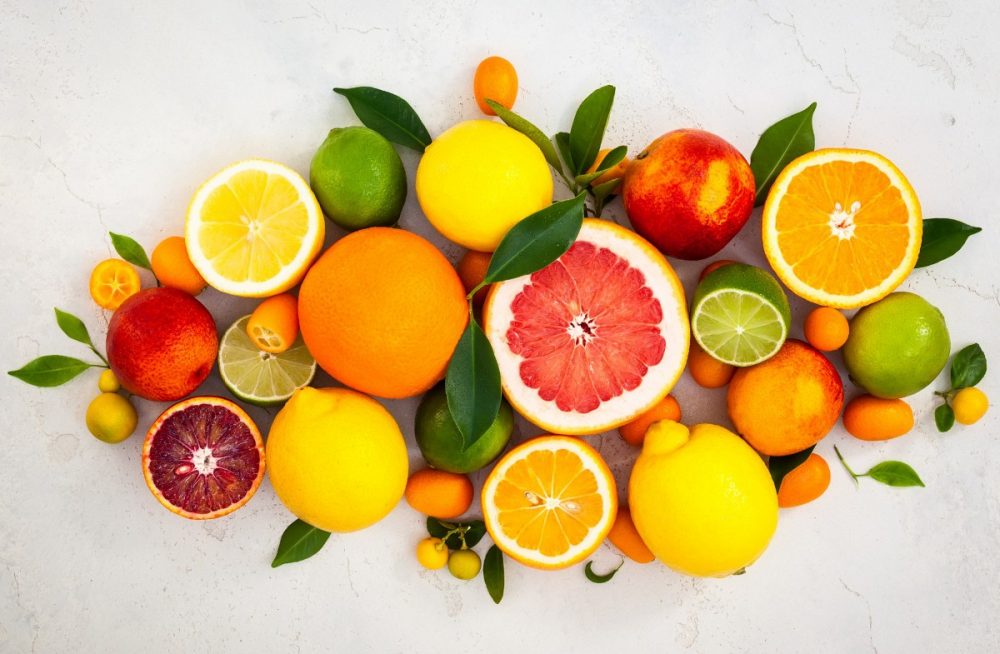 “Inflammation is the body’s normal response to injury. While it may be a natural defense system, it can lead to disease if left untreated” according to an expert at  University of Alabama at Birmingham (UAB) further he says one way to fight inflammation is with food.

Obesity has been found to cause inflammation, and  can lead to the development of cardiovascular and metabolic disease.

Citrus fruits — Fruits like oranges, lemons, kumquats, loquats, grapefruit  contain Vitamin C and Vitamin E which are essential antioxidants.  Citrus fruits are good sources of inflammation-fighting antioxidants, which are helpful for those with rheumatoid arthritis. So start your day with a glass of orange juice, have half a grapefruit for a snack, and squeeze lime or lemon juice on foods when you’re cooking to take advantage of the healing power of citrus. Aim for a total vitamin C intake of 75 mg per day according to the current U.S. Recommendation daily allowance.

Dark, leafy greens — are high in Vitamin K, One cup of spinach is filled with 1027 μg of vitamin K. Vegetable like kale, spinach, and collard greens are amazing sources of disease-fighting antioxidants, vitamins, minerals and fiber. A 3 1/2-ounce serving of broccoli rabe provides more than half your daily requirement of vitamins A and C, and serves as a great source of folate (which protects against birth defects and heart disease), fiber, and calcium. Half a cup of turnip greens have 441 mg of vitamin A (in the form of beta carotene), 851 μg of vitamin K and just 24 calories — and with vitamin C, folate and calcium as well, they’re far more nutritious than the turnip itself.  Dandelion greens have 579 μg of Vitamin K per cup. 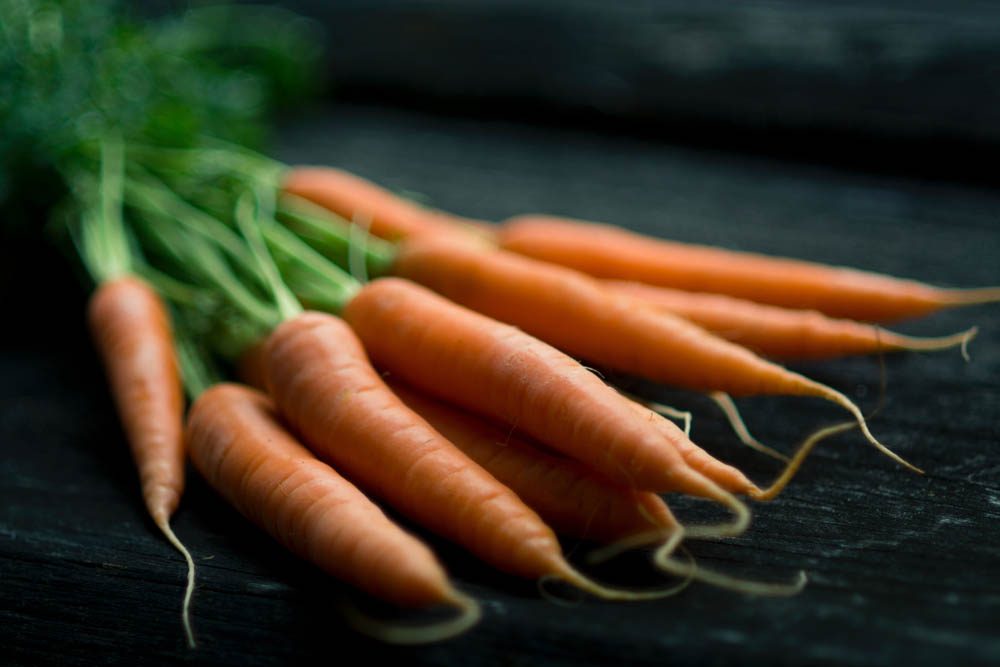 Carrots: Orange-hued vegetables are rich in vitamin A and beta-carotene, both of which are believed to fight inflammation. A medium sized raw carrot, or its equivalent, eaten daily can lower anti-thyroid and inflammatory substances, reduces liver burden, assists the GI tract and liver to detoxify endotoxin and estrogen. Raw carrots (and bamboo shoots also) contain unique fibers that don’t feed bacteria, which means they lower inflammation. They also bind to and eliminate unused hormones like estrogen, lower serotonin and histamine, which in turn lower the body’s need to produce cortisol (catabolic stress hormone). Ultimately this increases the efficacy of progesterone and testosterone. These fibers work much in the same way to bind toxins as charcoal.

Ginger: The University of Georgia recently found that ginger can reduce muscle pain after exercise by 25 percent. Gingerol is the potent phytonutrient  found in ginger that is believed to supply these pain-relieving properties. Ginger may be an effective pain management alternative if you can’t tolerate anti-inflammatory medications like ibuprofen or aspirin. The antioxidants in ginger suppress cellular production of nitric oxide, a compound that produces toxic free radicals that promote tissue damage and inflammation. Research also shows that ginger reduces the production of pro-inflammatory compounds in the joints. ginger pastes or plasters could penetrate the skin and have an anti-inflammatory effect on underlying tissues. 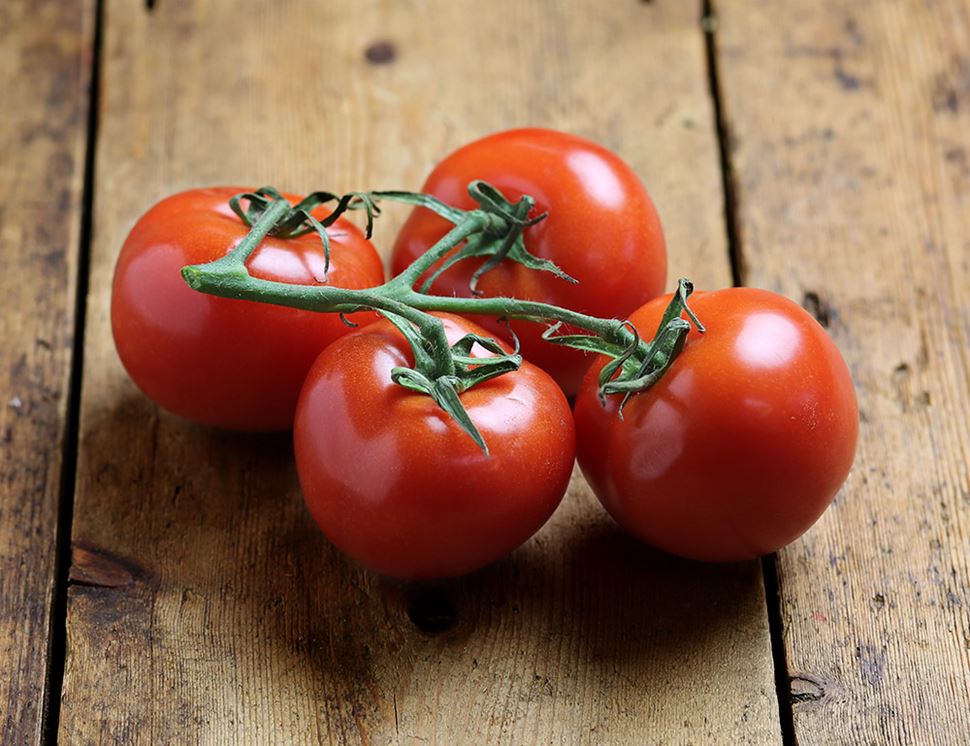 Tomatoes — The regular consumption of tomato products has been consistently associated with a lower risk of several types of cancer and coronary heart disease. Using data from adults in the National Health and Nutrition Examination Survey (1999 to 2004), researchers found that consumption of processed tomatoes was associated with significantly lower serum C-reactive protein. C-reactive protein is a recognized biomarker of inflammation.  Particular interest has surrounded lycopene, a powerful antioxidant found abundantly in processed tomato products.

Wild-caught salmon — Contains a rich concentration of omega-3 fatty acids. In a study done by the American College of Sports Medicine, fish oils, which are rich in omega-3 fatty acids, were shown to reduce joint tenderness in patients with rheumatoid arthritis and reduce the production of pro-inflammatory substances. Omega-3 fats found in fish like salmon, can relieve pain by suppressing the enzymes that cause inflammation. Omega-3 fatty acids derived from cold-water fatty fish, however, are better absorbed because no conversion process is necessary.

Tart Cherries: The Oregon Health & Science University recently presented research at the American College of Sports Medicine Conference (ACSM) showing that tart cherries could decrease inflammation for those who are suffering from arthritis and joint pain. The researchers also believe that tart cherries have the “highest anti-inflammatory content of any food” and can assist people with osteoporosis in managing the disease. The researchers looked at a group of twenty women between the ages of 40 and 70 who had inflammatory osteoarthritis. The findings showed that drinking tart cherry juice two times a day over a period of three weeks could cause significant reductions in inflammation markers. This was seen particularly in women who had demonstrated the highest inflammation levels at the beginning of the experiment. Tart cherries are believed to be effective because they have large amounts of antioxidant compounds called anthocyanins, which have been connected to high antioxidant capacity and a lower amount of inflammation. The scientists found that a daily dose of tart cherries could help lower the amount of pain related to arthritis by more than 20 percent for both men and women. 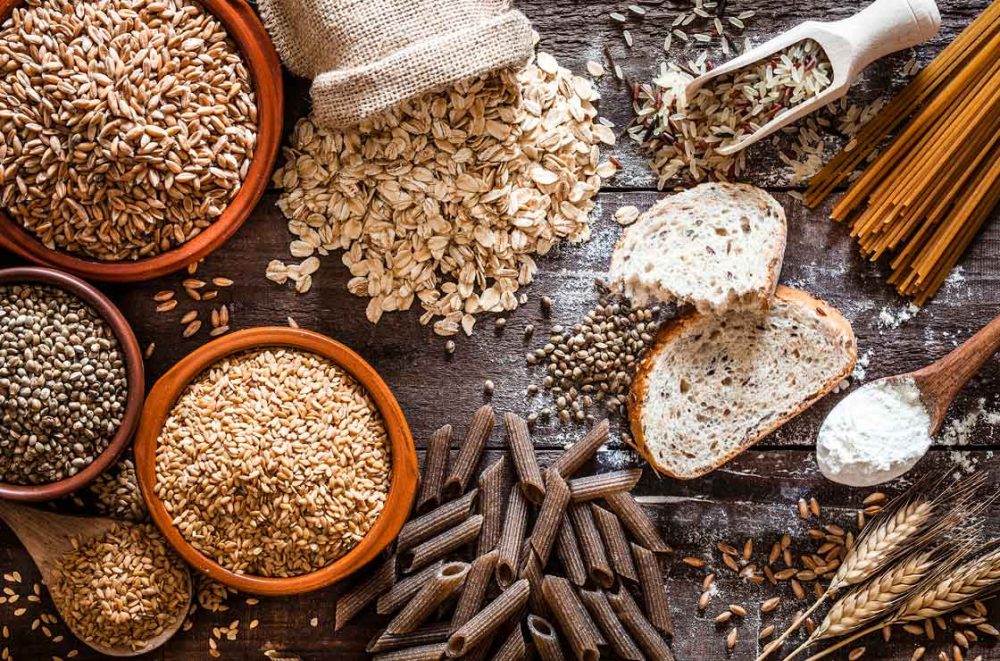 Whole Grains: especially oats. A recent study from the Harvard School of Public Health showed that eating whole grains is a simple natural way to reduce chronic inflammation in people with diabetes.(Qietal.2006).In this study, the researchers examined whether consuming whole grains and dietary fiber were associated with inflammatory indicators among 902 diabetic women. After adjusting the study results for age, BMI, lifestyle, and dietary variables, the researchers confirmed that consumption of whole grains and cereal fiber was associated with lower inflammatory markers among diabetic patients. Their result score relate well with the results of two previous studies finding the same effects among non diabetic subjects.(Ajanietal.2004andKingetal.2003). The researchers concluded that their Results support the Recommendation that patients with type 2diabetes should increase intake of whole grain products.

Nuts:  particularly walnuts.  Many nuts have anti-inflammatory properties because of the good fats they contain, including brazil nuts and almonds, but if you can choose just one nut for arthritis – make it the walnut. Walnuts are a rich source of alpha-linolenic-acid or ALA which is the precursor to the omega-3 fatty acids DHA and EPA. The body converts the ALA found in walnuts to EPA and DHA,  two omega-3 fatty acids that help to calm the inflammation that rheumatoid arthritis sufferers experience on a daily basis. One study showed that eating only four walnuts a day was enough to increase blood levels of omega-3’s – and most people can manage that. 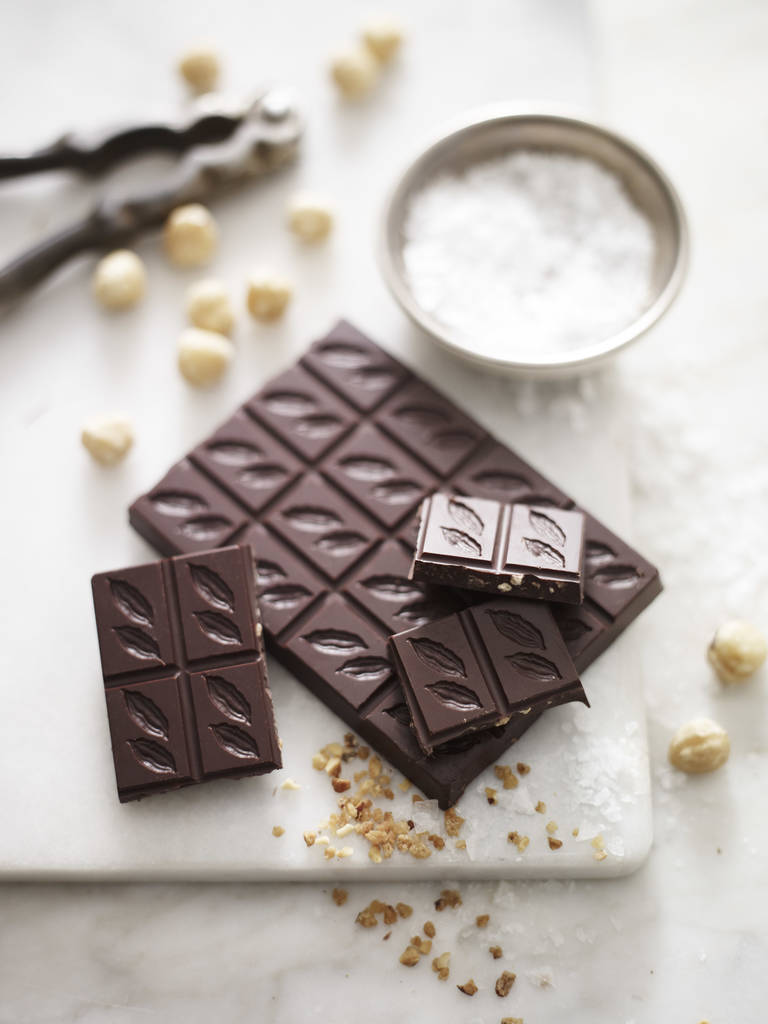 Dark Chocolate: Dark chocolate has gained a considerable amount of interest in recent years due to reports that it may lower the risk of cardiovascular disease. One proposed mechanism for this is that flavanols in cocoa may reduce inflammation. Researchers in Italy recently conducted a cross-sectional study of 4,849 healthy adults, to examine the relationship between dark chocolate consumption and C-reactive protein (CRP), a marker of inflammation. They compared those individuals who never ate any chocolate (n =1,317) to those who regularly consumed dark chocolate only (n = 824). The median daily intake by consumers was 5.7 grams (0.2 ounce) of dark chocolate. High-sensitivity CRP was measured to assess level of inflammation, and nutrient intake was evaluated using a food frequency questionnaire. After adjusting for age, sex, social status, physical activity, blood pressure, body mass index, waist: hip ratio, specific food groups, and total energy intake, consumption of dark chocolate was inversely related to CRP. The dose response curve was found to be J-shaped, indicating that individuals who regularly consume small amounts of dark chocolate tend to have the lowest CRP levels, thus suggesting lower levels of inflammation.

Some doctors use chocolate as a tool helping patients to combat inflammation. Inflammation can be in your joints and cause pain but it is also the catalyst of many diseases and obesity.

Drugs  should be the last resort to  help, treat and manage chronic pain and inflammation, what you eat can actually help, too. 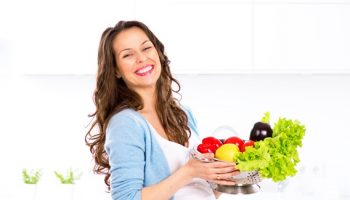 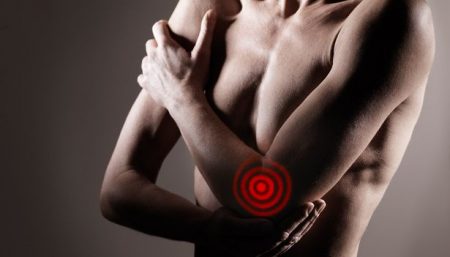 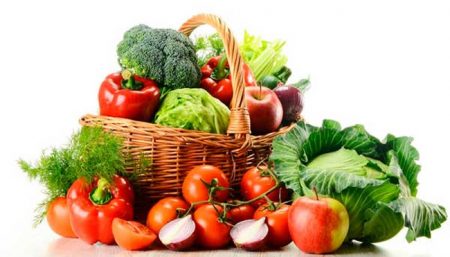 Phytonutrients: Can They Prevent Disease?