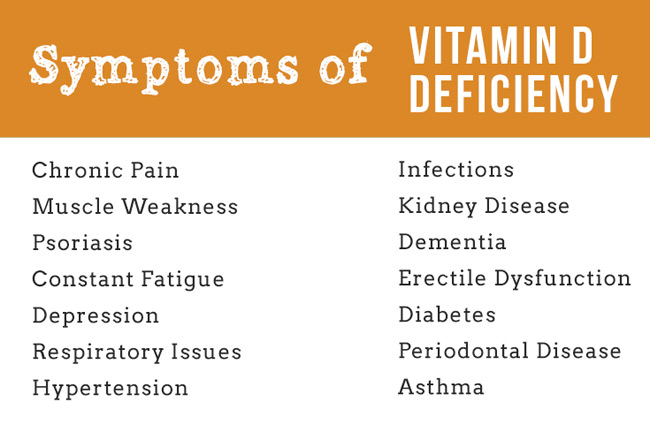 Vitamin D deficiency is incredibly common in the US, but many Americans mistakenly believe they aren’t at risk because they consume vitamin-D-fortified foods (such as milk).

There are very few foods that actually have therapeutic levels of vitamin D naturally and even fortified foods do not contain enough vitamin D to support your health needs.

Despite its name, vitamin D is not a regular vitamin. It’s actually a steroid hormone that you are designed to obtain primarily through sun exposure, not via your diet.

Before the year 2000, very few doctors ever considered the possibility that you might be vitamin D deficient.

But as the technology to measure vitamin D became inexpensive and widely available, more and more studies were done, and it became increasingly clear that vitamin D deficiency was absolutely rampant. For example, according to one of the leading vitamin D researchers, Dr. Michael Holick:
The Centers for Disease Control and Prevention (CDC) reported that 32 percent of children and adults throughout the US were vitamin D deficient — and this is grossly underestimated as they used vitamin D levels that were not consistent with optimal health.

Researchers such as Dr. Holick estimate that 50 percent of the general population is at risk of vitamin D deficiency and insufficiency. Researchers have also noted that vitamin D deficiency is prevalent in adults of all ages who always wear sun protection (which blocks vitamin D production) or limit their outdoor activities. People with increased skin pigmentation (such as those whose ancestors are from Africa, the Middle East, or India) are also at risk, as are the elderly.

It’s estimated that over 95 percent of US senior citizens may be deficient in vitamin D, not only because they tend to spend a lot of time indoors but also because they produce less in response to sun exposure (a person over the age of 70 produces about 30 percent less vitamin D than a younger person with the same sun exposure). 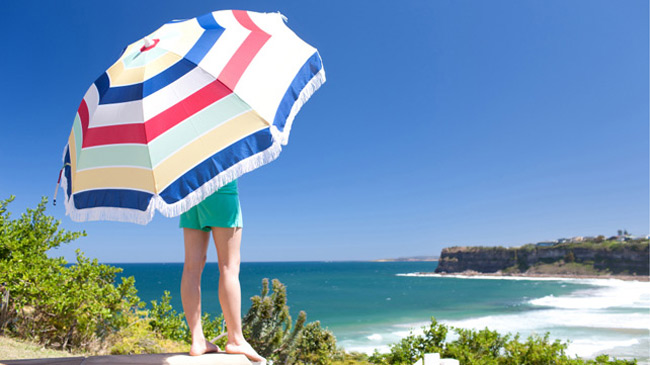 The only way to know for sure if you’re vitamin D deficient is via blood testing. However, there are some signs and symptoms to be aware of as well. If any of the following apply to you, you should get your vitamin D levels tested sooner rather than later.

1. You Have Darker Skin

African Americans are at greater risk of vitamin D deficiency, because if you have dark skin, you may need as much as 10 times more sun exposure to produce the same amount of vitamin D as a person with pale skin!

As Dr. Holick explained, your skin pigment acts as a natural sunscreen, so the more pigment you have, the more time you’ll need to spend in the sun to make adequate amounts of vitamin D.

Serotonin, the brain hormone associated with mood elevation, rises with exposure to bright light and falls with decreased sun exposure. In 2006, scientists evaluated the effects of vitamin D on the mental health of 80 elderly patients and found those with the lowest levels of vitamin D were 11 times more prone to be depressed than those who received healthy doses.3

As mentioned, as you get older your skin doesn’t make as much vitamin D in response to sun exposure. At the same time, your kidneys become less efficient at converting vitamin D into the form used by your body and older adults tend to spend more time indoors (i.e. getting even less sun exposure and therefore vitamin D).

4. You’re Overweight or Obese (or Have a Higher Muscle Mass)

Vitamin D is a fat-soluble, hormone-like vitamin, which means body fat acts as a “sink” by collecting it. If you’re overweight or obese, you’re therefore likely going to need more vitamin D than a slimmer person — and the same holds true for people with higher body weights due to muscle mass.

According to Dr. Holick, many who see their doctor for aches and pains, especially in combination with fatigue, end up being misdiagnosed as having fibromyalgia or chronic fatigue syndrome.

Bone pain and chronic pain in general is a subtle symptom of serious vitamin D deficiency. Don’t take this symptom lightly! Get your vitamin D levels checked and address the problem. 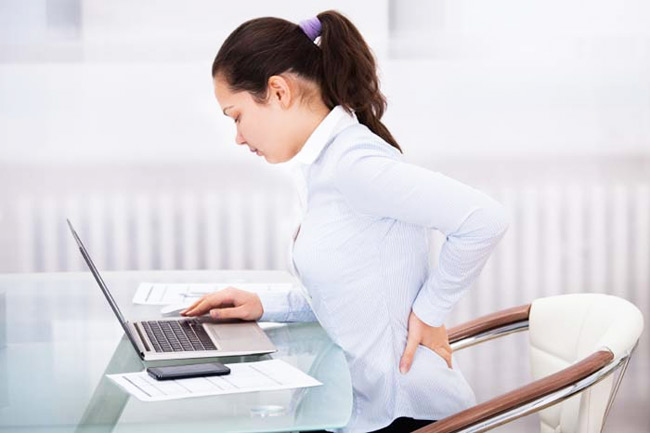 A study conducted by Greg Plotnikoff, MD, senior consultant with the Allina Center for Health Care Innovations, makes the point. 150 people living in Minneapolis who came to a health clinic complaining of chronic pain were tested for vitamin D levels. Virtually every single one, 93%, suffered from extremely low vitamin D. “The group with the lowest levels of vitamin D were white women of childbearing age,” Plotnikoff says.

7. You Have Gut Trouble

Remember, vitamin D is a fat-soluble vitamin, which means if you have a gastrointestinal condition that affects your ability to absorb fat, you may have lower absorption of fat-soluble vitamins like vitamin D as well. This includes gut conditions like Crohn’s, celiac and non-celiac gluten sensitivity, and inflammatory bowel disease.

Here’s a shocker most folks don’t realize: most muscle weakness issues are low vitamin D related. The National Institutes of Health reports that a person suffering from a vitamin D deficiency will have trouble with proper muscle function.

This extremely common skin issue is an autoimmune disorder that many don’t realize can be vitamin D related. This nutrient plays an important role in the treatment of psoriasis. Psoriasis gets worse over time and spreads, so even if you only have a little spot on your elbow or knee, get your vitamin D levels checked and be sure to be taking a daily dose of fermented cod liver oil. 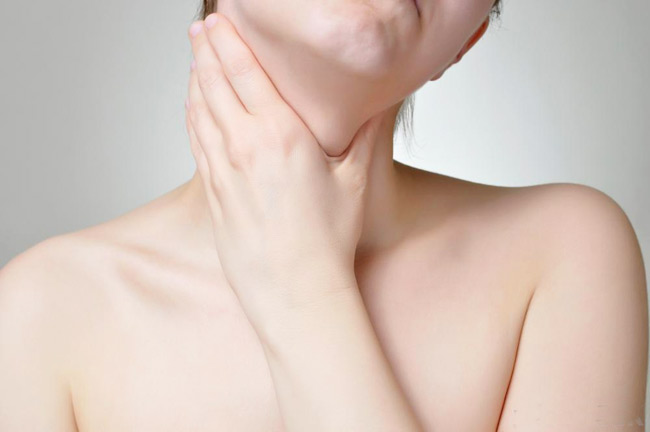 Vitamin D is necessary for the body to produce energy. If you are constantly tired or must lean heavily on that morning cup of Joe to get going in the morning, best to play it safe and get your levels checked.

No, it’s not all in your head! Feelings of hopelessness can be related to simple nutritional deficiency. The Vitamin D Council reports that vitamin D is critical for the brain to produce the happy hormone seratonin. Some folks only suffer from depression during winter months, known as Seasonal Affective Disorder (SAD) which is caused by lack of sun exposure and hence vitamin D during this time of year.

This warning symptom is related to flu as a vitamin D deficiency disease. If low vitamin D puts people at risk for flu, it stands to reason they would be at risk for other respiratory problems too and possibly on a chronic basis. Studies have demonstrated that vitamin D protects against respiratory illness particularly in children, who require hospitalization most frequently due to bronchiolitis and pneumonia.
Scared of Enterovirus D68? The most proactive step you can take is to make sure your children are taking a daily dose of fermented cod liver or skate liver oil!

My mother helped resolve serious high blood pressure issues with a daily dose of fermented cod liver oil. Her success in this regard is in line with the Vitamin D Council which recommends adequate vitamin D levels in order to avoid this silent, symptomless killer which afflicts 1 out of every 3 US adults (and 4 in 10 worldwide).
In addition, the National Institutes of Health has identified vitamin D deficiency as a risk factor which can lead to congestive heart failure.

If you suffer from one infection after another, it is wise to get those vitamin D levels checked pronto. As described above, T cells which are an important part of the immune system, are properly activated by vitamin D. So, if levels are low or even undetectable, adequate and effective immune response to any infection in the body will be severely hampered.

Vitamin D is a fat soluble vitamin that is stored in the liver and fatty tissues. This means that increased body fat has the ability to absorb Vitamin D and keep it from being used within our body. Vitamin D is somewhat different than other vitamins because our body makes most of our Vitamin D on its own, rather than solely relying on food sources.

The way that our bodies make Vitamin D is to convert sunshine into chemicals that are used by the body. The cholesterol in our skin converts “previtamin D” and makes it into usable vitamin D3 which is sometimes also called provitamin D. Previtamin Ds first travels through the kidneys and liver in the blood stream, and then is converted into a biologically active and usable substance called calcitriol.

Vitamin D actually becomes a hormone within our body, particularly a secosteroid hormone. What we know as Vitamin D is really a precursor to a steroid hormone. It impacts not only our skeletal structure, but also our blood pressure, immunity, mood, brain function, and ability to protect ourselves from cancer. 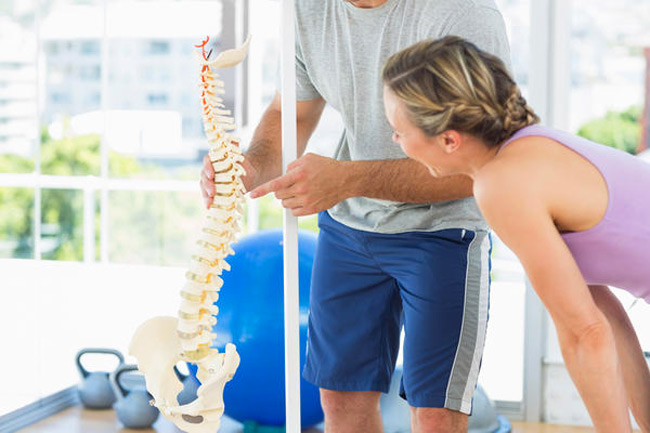 There are two types of supplemental Vitamin D: Vitamin D2 and Vitamin D3. The precursor to Vitamin D is found in both plant and animal products, but animal-derived products of Vitamin D3 are thought to be more absorbable and beneficial.

Why? Well, man-made Vitamin D is made one of two ways: D2 is created by irradiating yeast and other molds (known as Vegetarian Vitamin D2), or by irradiating animal oils and cholesterol creating Vitamin D3. The type of Vitamin D our body naturally makes is called cholecalciferol, which is Vitamin D3.

The body is able to covert some D2 to be used for body functions, but prefers and is able to use Vitamin D3 much more effectively.

Unfortunately, most Vitamin-D-fortified foods and dietary supplements mostly contain ergocalcifero, which is a type of Vitamin D2 which is neither as absorbable nor convertible by the body into what it needs.

D3 from animal products (specifically from the cholesterol within these products) is closest to what sunlight naturally produces in humans when the skin works to convert UV light.

Vitamin D3 is believed to convert up to 500 times faster than D2 and has been estimated to be 4X more effective in humans than D2 is.

When your doctor performs a blood test and gives you the results for your Vitamin D levels, keep these numbers in mind:

Some other types of Vitamin D tests can show normal or even elevated levels of Vitamin D which are actually inaccurate and can hide a serious deficiency, so this type of test seems to be the most accurate when determining Vitamin D levels. 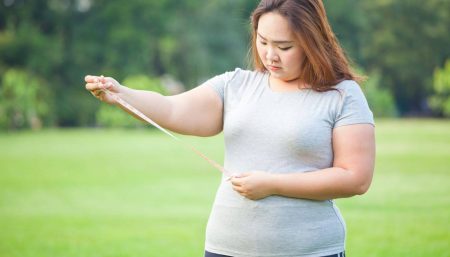 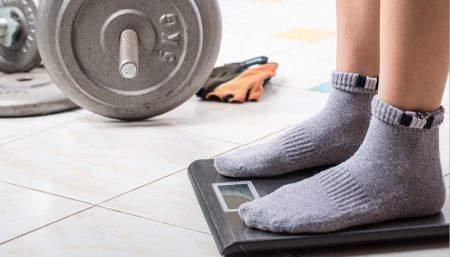 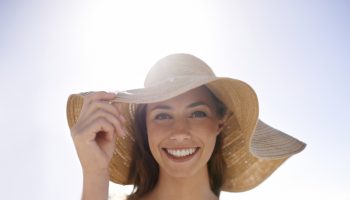