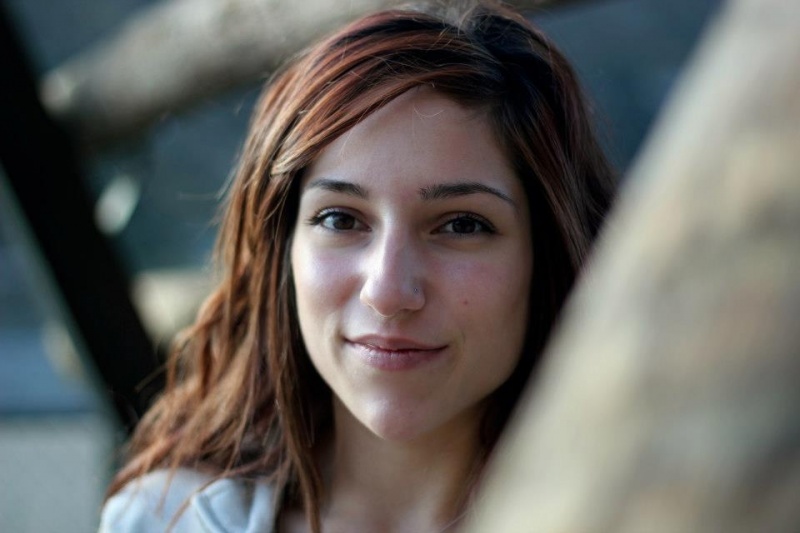 Alex Puccio, born Alexandrea Elizabeth Cocca at McKinney, Texas, is a professional climber specializing in bouldering. She competes in climbing competitions and splits her time between climbing outdoor and indoor. She is known for having great strength, allowing her to attempt projects usually only climbed by men. She regularly participates in United States national championship and the World Cup Climbing Federation. She finished 3rd overall in the World Cup bouldering competition in 2011 and won the American Bouldering Series eight times.

She has ascended several boulders graded V12 (8A+) between the United States and Europe. In July 2014, Puccio ascended Nuthin But Sunshine in Rocky Mountain National Park.

A month later, she ascended Jade becoming the fourth woman to climb V14. Alex placed second in the Boulder World Championship in Munich, Germany on 23 August, 2014. In April she began the 2011 World Cup Bouldering circuit, which will include nine competitions in total. And climbing is still a family affair: Her mom now coaches climbing. And her younger brother, Shane, 20, is an avid climber and one of her mom’s students. Growing up, Puccio clearly had athletic inclination and potential. But for a long time, it seemed that every sport she tried — gymnastics, figure skating, basketball — left her bored.

Climbing got her brain and body firing on all cylinders right from the beginning. And once she discovered bouldering, her current professional speciality, there was simply no stopping her. “Bouldering just grabbed my attention and kept me interested in a way nothing else did,” she says. Bouldering involves going a relatively short distance up a boulder (“around 20 feet, give or take,” says Puccio) without harnesses or ropes. Boulders are assigned degrees of difficulty, from V1 (the easiest) to V16 (the most difficult and complex).

Puccio climbs V12s to V14. She relishes the explosive power and almost gymnastic movements required to scale the rock. She also enjoys the mental and physical challenges that face her every step of the way. 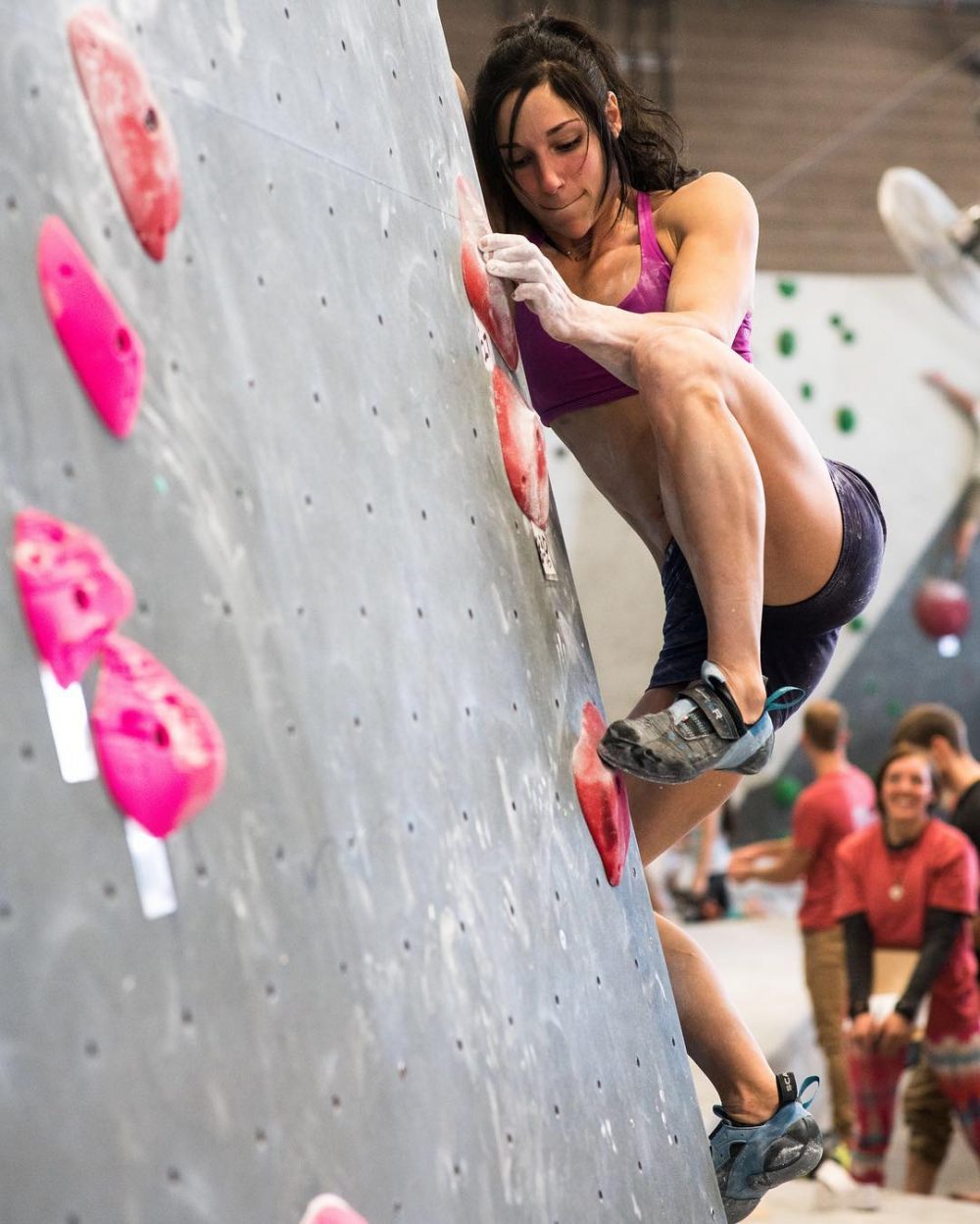 At 5-foot-2, Puccio is short for a climber, but she is naturally strong and builds muscle easily, which gives her the strength she needs to propel herself up the rock. (Taller climbers can reach the next handhold on the rock without as much effort.) As much as strength, though, the sport requires strategy. You can have all the explosive power in the world, notes Puccio, but if you miscalculate your route up the boulder, there’s nothing there to catch you.

Puccio prefers it that way. “When I have a rope and a harness, I just keep thinking, What if it fails?, even though I know it’s not going to. In bouldering, you can go as high as you want, but if you fall, you fall to the ground. So I only go as high as I’m comfortable with.” (The only safety measure in bouldering is a pad placed on the ground under the climber.) While bouldering can be done on specially designed walls in gyms for competitions, Puccio prefers the great outdoors. “I love competitions,” she says. “But it’s not always fun for me to train inside. I’d rather climb outside.” A big part of the allure of outdoor climbing for Puccio is the sheer beauty. “My favorite climbing area is Magic Wood,” she says, referring to the Swiss bouldering area flanked by lush forests and a river. “There are cool little trails with boulders on all sides. It’s amazing. The name, Magic Wood, is perfect.”

Puccio climbs five or six days a week, and she hikes regularly. “I just love being outside all day and being active,” she says. She also stays healthy by avoiding fast food and eating clean most of the time. She doesn’t believe in dieting, though. “There are always people who take dieting to the extreme,” she says. “But in bouldering you actually want to eat a little bit more to have a little bit more muscle. You don’t necessarily want to be too skinny.”

If Puccio ever feels unmotivated to climb or train, she takes one of her fitness goals and makes a game of it. “I’ll tell myself: I have to get such-and-such done in X amount of time. Then I just keep trying it until I get it.” Right now, Puccio is working to move to the next degree of difficulty — climbing a V14 boulder.

In bouldering, the route climbers take up a rock is called a “problem.” One of Puccio’s biggest joys is finding new ways to overcome problems. “In bouldering, there is always something to progress in, and always things you have to learn how to do or overcome. There’s always a next goal in climbing. I still have so many things to accomplish.