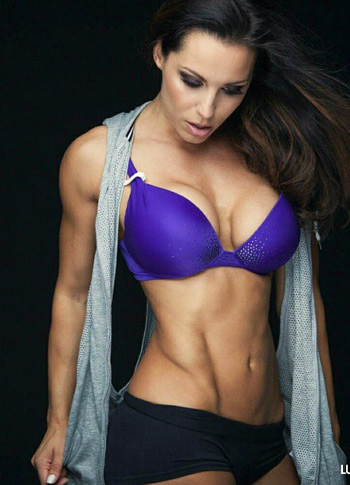 Jelena Abbou, née Jelena Đorđević is a figure competitor, model and personal trainer, now living in the United States. Jelena grew up in Gornji Milanovac, Serbia. Her parents, Milica and Velibor, her brother and she lived there. She started working out in a little town in Serbia when was about 16. She was one of the first girls in her town who started lifting. When she was 20 years old, she left this small town for the U.S. to pursue her life-long dream of becoming a fitness model.

The first contest she trained for was the 2001 NPC Women’s Extravaganza, held about three miles from her home in Hackensack, New Jersey. She stands 5’6″ and competes at 118 lbs. She is married to a fellow personal trainer. After competing in several shows where she landed in good places, magazine editors and modelling agencies have started to give her calls. She then started shooting for TV commercials and other forms of advertisements.

Currently, Jelena Abbou, a Serbian-American beauty, is a figure competitor, personal trainer, bodybuilder and now the face of well-known products like MAC.