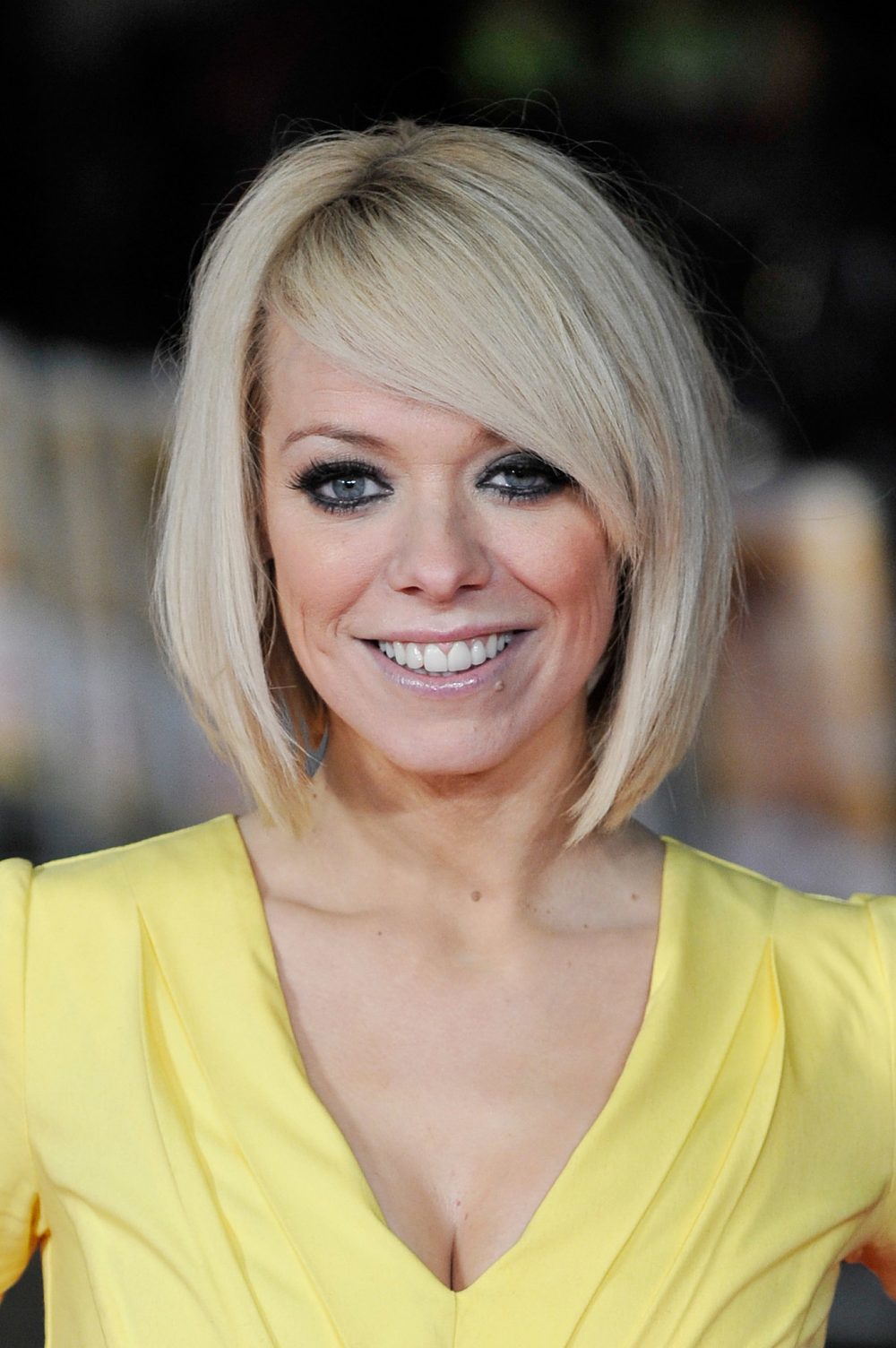 Elizabeth Margaret “Liz” McClarnon is an English pop singer, dancer and television presenter. She is a member of the girl group Atomic Kitten, with whom she has scored three number-one singles and also two number-one albums. In 2006 she went solo and the group reformed in 2012 as part of The Big Reunion, scoring a hit with a cover of Wizzard’s “I Wish It Could Be Christmas Everyday”.

Heat Magazine have described her as ‘truly beautiful’, Glamour Magazine say she’s ‘always perfectly dressed’ and the fit one out of Maroon 5 says ‘if all English girls are like her, we’re moving in’. So what else do you need to know about Liz McClarnon other than she’s in a league of her own?

As one third of Britain’s biggest girl band; Atomic Kitten; Liz has travelled the world on sell out tours, performed for the Queen at Buckingham Palace and has countless awards and number 1 singles and albums under her belt, sold 10 million records globally as well as bringing pop music back to the masses in 2001 when the band released “Whole Again” which spent 4 weeks at number 1 in the UK chart, 6 weeks at number 1 in Germany, and was number 1 in 17 other Countries. Whole Again has also just be named in the Top 10 selling singles of the decade, and Atomic Kitten are the only girl band to feature in the Top 10, and one of only 3 acts not to have been born from a Reality TV Show.

Since her early Atomic Kitten days, Liz has effortlessly made the leap from starlet to superstar, been schmoozed by Hollywood hotshots and partied with pop royalty. 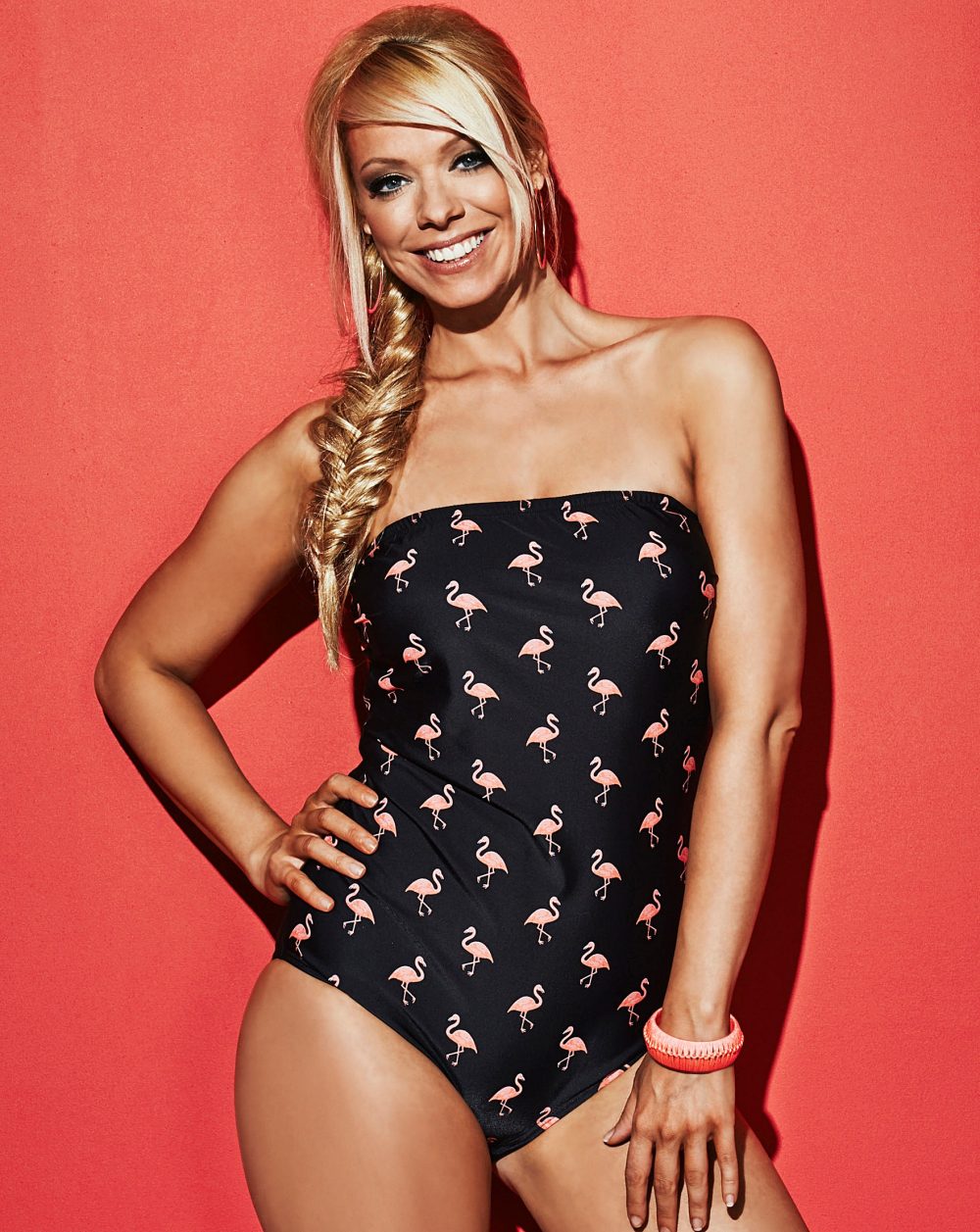 Liz’s debut single as a solo artist entered the charts as highest new entry at number 5. The single, a cover of the Barbra Streisand classic “Woman in Love” was produced by Robin Gibb of the Bee Gees who also wrote the track back in 1979. Since then Liz has been busy in the studio writing great song after great song, most of which have been kept closely under wraps until the launch of her debut album which shall be released in 2010. Liz has written and recorded with the most sought after writers and producers in the world, including Elliott Kennedy and Tinderbox. ‘I was a bit scared when I first thought about going solo,’ she confides. ‘I thought I’d get lonely but it’s been amazing! I’ve still spent plenty of time with Tash and Jen and we still do the odd charity gig together so I don’t actually feel like I’m on my own and I’ve made loads of new friends!

And Liz’s talents don’t end at singing and song writing. In July 2008 Liz swapped her microphone for an apron, as she took part in the new BBC 1 prime time, series of Celebrity Masterchef. Liz put her culinary skills to the test and battled it against other celebrities and famous faces. Liz successfully overcame a lot of challenges on the show and her cooking skills went from strength to strength and she triumphed in being crowned Celebrity Masterchef winner. Since her win, Liz has been involved in various cookery shows and projects, to showcase her new found talent to the masses. This includes her own 4 week cookery slot on LK Today which showed Liz cooking several of her favourite dishes, including some of those she cooked on Masterchef. This was an absolutely fantastic show, and Liz shared some of her top cookery tips and recipes.

Liz has also become a regular on the cooking show Market Kitchen, where she has been in the kitchen cooking and reviewing various cook books for the show. January 2009 saw Liz become the first celebrity to ever have their own pasta dish on the menu at Pizza Hut. Liz has created her own Tuscani dish which featured on their new menu with a percentage of proceeds from Liz’s dish being donated to the United Nations’ World Food Programme. This is one of several charities Liz supports, as she took part in the World Vision 24 Hour Famine in February 2009, and also has her own designed Race For Life t-shirt on sale through the Race For Life website, with all proceeds going to Cancer Research UK. The t-shirt has been flying off the shelves and totally surpassed expectations. This has become Cancer Research UK’s biggest selling T-shirt, raising over 500,000 for the charity.

At the end of October 2008, Liz debuted as a new presenter of the National Lottery, proving there really is no end to her talents! Liz presented the Wednesday night National Lottery live draw to an audience of 4 million, and had the first UK interview with Leona Lewis for her new single. This will no doubt be the first of many National Lottery shows that Liz presents, and put her in great stead for future presenting opportunities. Prior to this Liz had a spell of presenting when she took to the red carpet of the MTV Europe awards, interviewing guests as they arrived. Liz has also tried her hand at acting, appearing in an episode of Home and Away, and making her big screen debut alongside fellow scouse Ricky Tomlinson in the football film, Mike Bassett England Manager, and presented the children’s talent show Bump and Grind, to name but a few. Liz’s fan base is ever growing, as “Liz McClarnon” becomes a household name, and a “celeb magazine” favourite. Liz has been named “best dressed” celebrity 6 times over the past few months in several different publications including Heat Magazine, Closer Magazine and Reveal Magazine. Stepping out in style on the red carpet at BAFTA Awards Liz wowed viewers and journalists including those from My Fashion Life who referred to Liz as having “the most beautiful dress” and “looking every inch the Hollywood film star rather than celebrity turned celebrity chef.”

Still concentrating on her music too, Liz in the studio does writing and recording with some phenomenal producers including Grammy Award winners Philip Larsen and Rob Davies, as well as the renowned Tinderbox who have written and recorded for the likes of Leona Lewis and Rihanna. Liz signed her new record deal in August 2009 with 3Beat Records who are responsible for many chart topping artists including Agnes and Cascada. 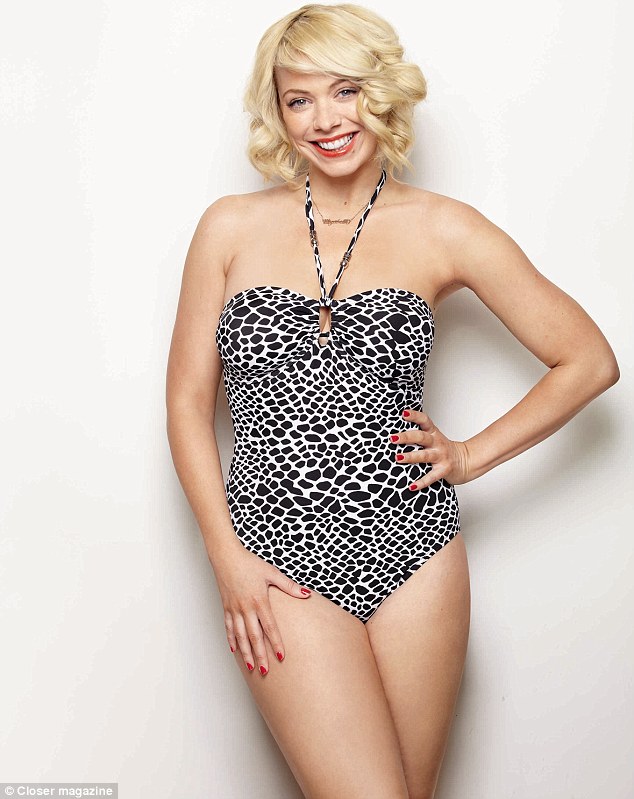 Liz certainly knows no ends, as she looks set for big things in 2010, with her new TV show launching in February on BBC 3. Hotter Than My Daughter is a makeover show which sees Liz attempt to put an end to female rivalry. Liz’s new single planned for March and an album in May, whilst her cookery book, “Can’t Cook, Cook Book” is due for release around Easter time. And if that wasn’t enough to keep her going 2010 will also see Liz take to the road on 2 tours, the first will be alongside Ronan Keating, as she joins him as a special guest on his UK and Ireland tour, then in November Liz takes to the stage as the lead female role in The War of The Worlds arena production, staring alongside Jason Donovan.

Charismatic, strikingly beautiful yet always accessible, with a powerful voice, a hundred hits in the making, a wardrobe we’d all kill for and an army of fans around the world , Liz is well on to solo super stardom.
Her debut TV show, Hotter Than My Daughter, aired at the beginning of February 2010 for six weeks, on BBC Three. In late 2010 and early 2011, she played Beth in Jeff Wayne’s Musical Version of The War of the Worlds. Following this, from 8 July to 17 September 2011, McClarnon was cast as Paulette in the first UK tour of Legally Blonde The Musical. She was followed by fellow Liverpudlian Claire Sweeney. She starred in the ‘Cinderella’ pantomime in the Liverpool Empire in 2012, playing the lead role.

In August 2003, McClarnon presented a BBC programme about pensioners being forced out of their homes. In 2005, she appeared in the ITV reality TV show, Celebrity Love Island, in which she finished second.

On 27 December 2006 McClarnon appeared in the ITV documentary “The Girl With the Golden Hair”, together with Richard O’Brien (“The Rocky Horror Show”). The documentary tells the story of the creation of the mini-rock opera of the same name, performed by the band ABBA during their 1977 Australian tour. McClarnon performs the three published numbers from that show, “Thank You for the Music”, “I Wonder (Departure)” and “I’m a Marionette”.

On 25 July 2008, McClarnon was named Celebrity Masterchef Champion. Since then she has gone on to hold a regular position on Market Kitchen on the Good Food Channel, commenting on recent cookery books. She also appeared on four episodes of LK Today teaching a new and simple recipe on each episode as well as being interviewed on the show. McLarnon also created a pasta dish for Pizza Hut which came out in January 2009. She has confirmed that she is currently completing her own cookery book.

On 29 October 2008, McClarnon debuted as a presenter on the National Lottery. She was also at the 2009 Brit Award nominations event, at hand to update viewers. In March 2009, McClarnon appeared as a guest in the television programme Heston’s Feasts starring chef Heston Blumenthal. In 2009, McClarnon took part in Ant and Dec’s Saturday Night Takeaway, where she was participating on Ant’s team throughout the series. McClarnon has also been a guest panellist on shows such as The Wright Stuff, Never Mind The Buzzcocks, and Shooting Stars and will soon appear on All Star Family Fortunes. 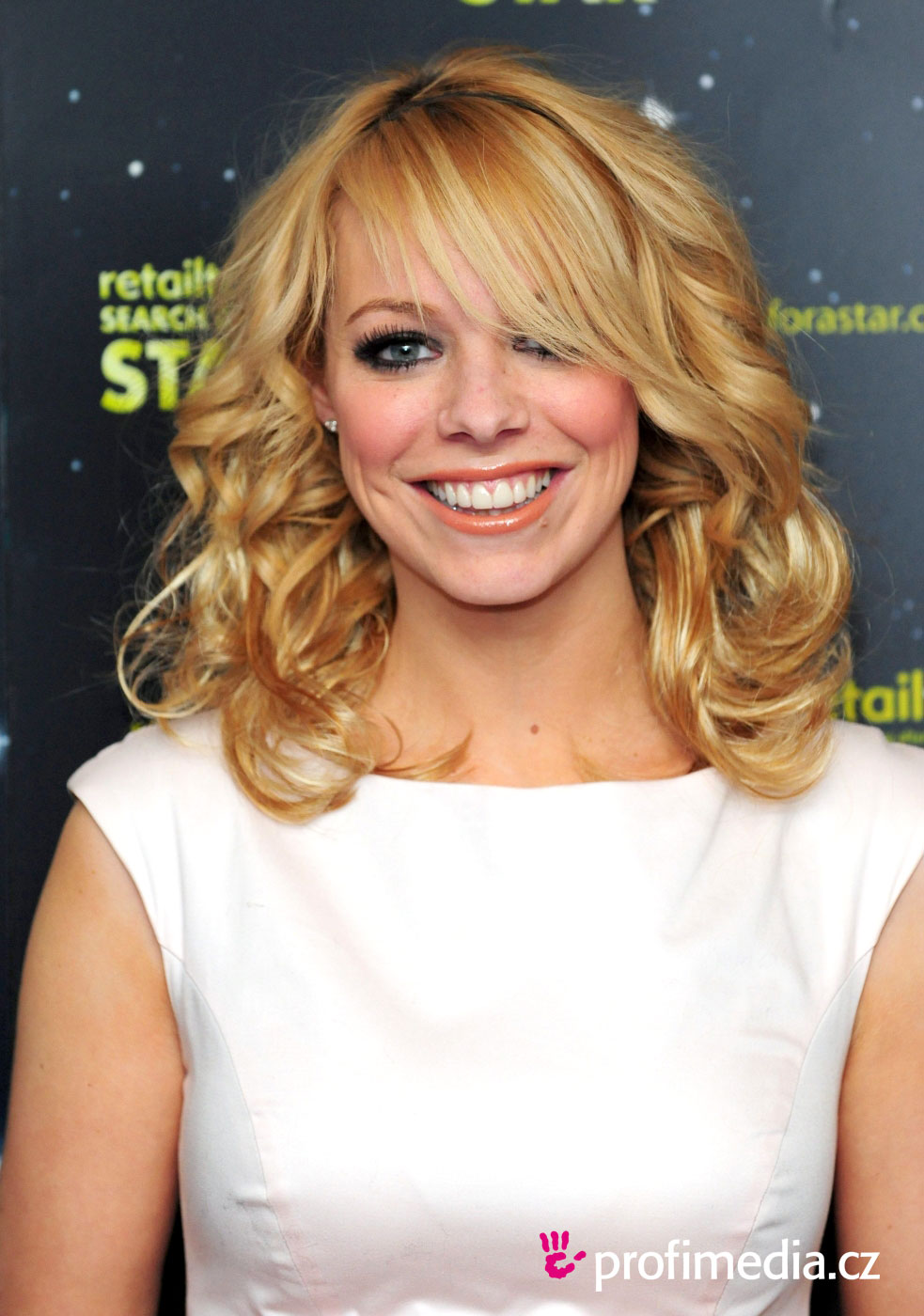 McClarnon has been presenting the BBC3 show Hotter Than My Daughter which first aired on 4 February 2010. In 2010, she was a celebrity guest team captain on What Do Kids Know? along with Rufus Hound, Joe Swash and Sara Cox on Watch. Since 2010 she has been an occasional panellist on FIVE’s The Wright Stuff.

In April 2012, she filmed a documentary for Dragonfly TV, with Channel 5, called My Cyberstalking Hell which will be on Monday 12 August 2013, at 10pm (GMT), featuring victims of stalking with harrowing stories, including Elle Richardson (known as Ellectrika) who also worked in the music industry, and who was cyber stalked for five years, causing her to end her music career, plus other victims.