V. Bozeman is an American soul singer, record producer and actress, best known for her recurring role as Veronica in the Fox primetime musical drama television series Empire. Bozeman began her career vocal producing songs such as “Lay It Down” by Lloyd in 2011.

V is a notable Grammy-nominated R&B crooner who recently released a new song and film. The new single titled “Juicy”  coasts over the beat of classic song “Juicy” by Mtume where V caresses the R&B playlist with her sultry sweet voice. She is also starring in her new movie, ”Howard High” available now on streaming platform, UrbanFlix TV!

I wake up and thank God and the ancestors that I made it another day. I get up drink my bottle of water and fix my oatmeal. Then I run a mile and do my Torch online exercise.

You are best known for your recurring role as Veronica in the Fox primetime musical drama television series Empire, when did you decide on taking up acting?

It’s interesting. I’ve always been an actress and in overall performing arts. I think the power of TV allowed the masses to see.

You had the dream of being a singer since early childhood. Very few are blessed to achieve that. Share the best part of your job as a singer? Your first album independently, from where did you draw the inspiration.

The best part of my job as a singer is to connect with the people and touch their spirits thru song. I drew my inspiration from my life’s experience. Evolving from a girl into a full Queen.

What exercises are an integral part of your home workout routine? Five must-do morning stretches?

Full interview is continued on next page

This interview is exclusive and taken by Namita Nayyar President womenfitness.net and should not be reproduced, copied or hosted in part or full anywhere without an express permission. 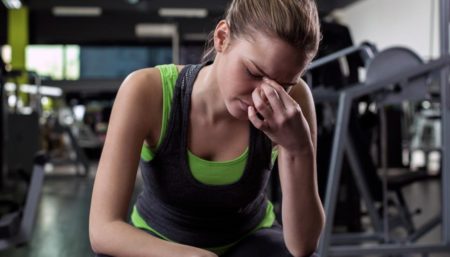