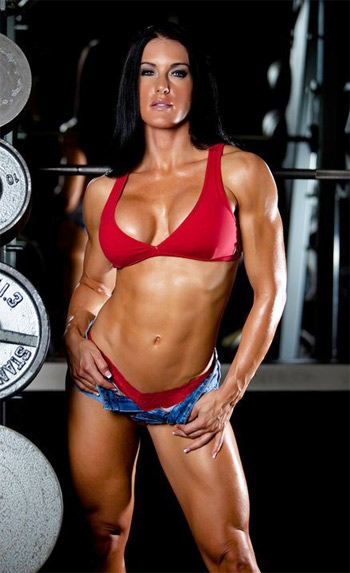 Samantha Baker Graham is an international and national published fitness, swimsuit model and NPC figure competitor. She has been a dancer pretty much her entire life and that is mainly what got her interested in pursuing fitness. After college she decided to try out to be an NFL Cheerleader for the New England Patriots. She had never been a cheerleader in high school or college but knew the main focus of the squad was dance. Once on the squad she realized that being fit, working out along with dance was something she absolutely loved. After being on the squad for a few years she decided to pursue a career in fitness modeling. She has been blessed so far to work with some of the best photographers and had the privilege of being published both Internationally and Nationally in several fitness magazines and covers.

Helping people is one of the greatest rewards for her. She know the feeling of accomplishment and experience when she can transform her own body while at the same time improving her overall health. To be able to help another individual experience and feel that same way is one of her ultimate goals. 2012 has put a great benchmark on her fitness career with all of the new goals she accomplished, magazines she appeared in and companies she signed on with.

Samantha Baker Graham is an exceptionally talented and accomplished international and national published fitness, swimsuit model and NPC figure competitor. She is in conversation with Namita Nayyar President Women Fitness.

Ms. Namita Nayyar: You have been active at school in sports and dance. Later on you took the career as a professional cheerleader. You then have been a fitness model and a fitness competitor. Tell us about your journey that took you to the the world of fitness and as a winner in fitness competitions?

Ms. Samantha Baker Graham: I have always been involved with sports and dance growing up, in school, as well as in college. I decided to further pursue my dance career and try out to become an NFL Cheerleader. I made the squad and was a Professional NFL Cheerleader for a number of years. I loved the workout regimen, the dedication and hard work involved with being on the squad and wanted to continue on with that process after cheerleading.

I loved seeing the physical changes in my body as well as the mental strength to push harder and harder. I decided to give fitness modeling a try, loved it, had success with it and also decided to compete in figure a few years back and have also been blessed enough to do very well in the shows I have competed in. The process of getting ready or prep for a show is what I love the most and then seeing the final product on stage.

I think that my dance background provided me the comfort of being on stage in front of people, I really don’t think twice about the stage or the stage presence, that comes very naturally to me. The most difficult part of it all is learning the process and that doesn’t always include winning, it is a very subjective sport, you just may not be someone’s cup of tea that day that’s why you have to make sure that you are doing this for YOU and only YOU and your goal is to just be a better version of yourself than you were the show before.