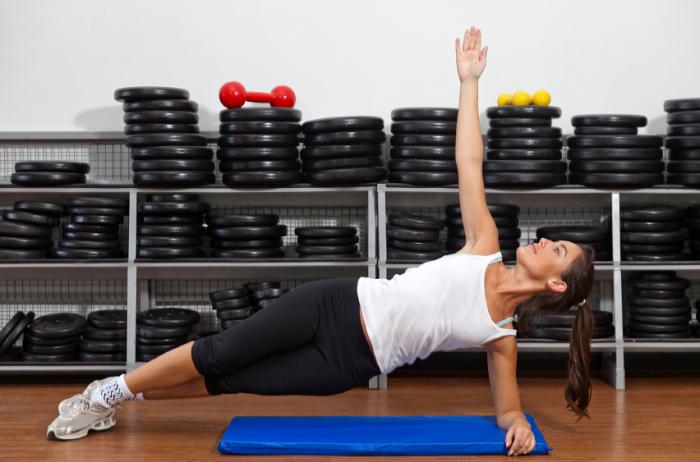 People with scoliosis who held a single yoga pose (Vasisthasana) for 1 to 2 minutes a day for several days a week greatly reduced the curvature of their spine, according to a study published in the September (2014) issue of Global Advances in Health and Medicine.

Scoliosis is a condition in which the spine curves to the side. In severe cases the spine curvature is of more than 45 degrees – is usually treated with surgery. There are non-surgery techniques available for patients with spine curvatures less than 45 degrees – one of the most common being bracing.
In the study, Loren M. Fishman, MD, from the College of Physicians and Surgeons at Columbia University in New York City, and colleagues looked at the effects of a yoga pose called the side plank (Vasisthasana) in 25 people with certain types of scoliosis, either idiopathic or degenerative scoliosis. The researchers taught people the pose and told them to hold the pose for 10 to 20 seconds once a day for the first week. After that, patients were told to hold the pose for as long as possible once a day, but only on the weaker side of their spine.

The patients reported holding the pose for an average of 1.5 minutes. On average, patients had a 32% reduction in their primary spinal curve.

A powerful arm balance, Side Plank Pose — Vasisthasana, challenges your ability to stay calm and focused.

Vasisthasana strengthens your wrists, forearms, shoulders, and spine. It increases flexibility in the wrists and the full variation also opens the hips and hamstrings. This pose tones the abdominal muscles and improves balance, concentration, and focus. Vasisthasana is often used as a preparation for more challenging arm balances. 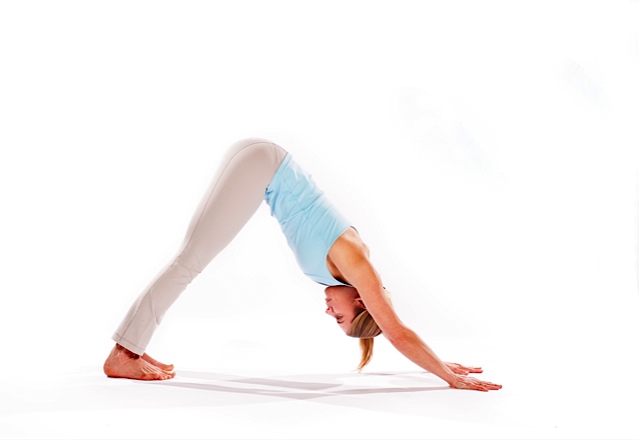 Bring your bottom knee and shin to the mat until you have enough strength to fully support your body weight. 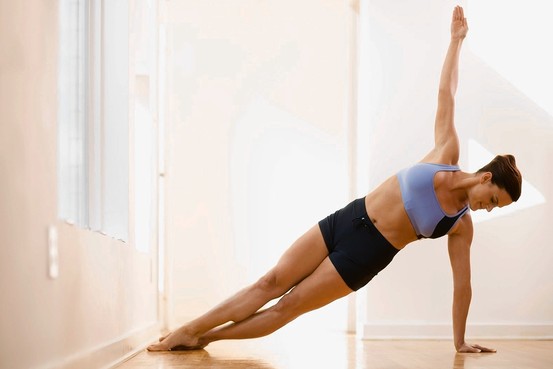 It’s vital to ensure you are performing the pose with correct alignment; otherwise, it’s very easy to injure your shoulders, elbows, and wrists.
Keep the following information in mind when practicing this pose:

The researchers said “Asymmetrically strengthening the convex side of the primary curve with daily practice of the side plank pose held for as long as possible for an average of 6.8 months significantly reduced the angle of primary scoliotic curves. These results warrant further testing.” 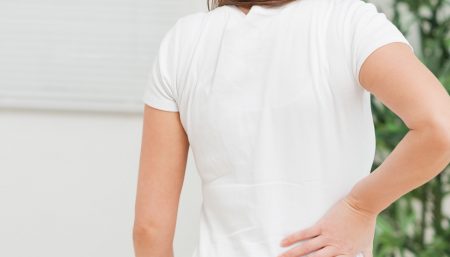 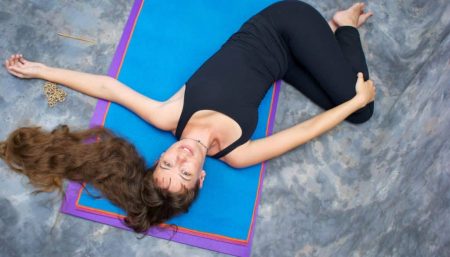