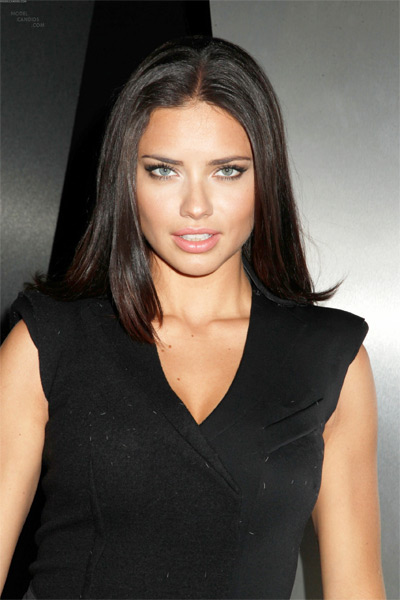 Adriana Lima is a Brazilian model and actress who is best known as a Victoria’s Secret Angel since 2000, and as a spokesmodel for Maybelline cosmetics from 2003 to 2009. At the age of 15, Lima finished first in Ford’s “Supermodel of Brazil” competition, and took second place the following year in the Ford “Supermodel of the World” competition before signing with Elite Model Management in New York City. In 2012, she came in 4th on the Forbes top-earning models list, estimated to have earned $7.3 million in one year. She is married to Serbian basketball player Marko Jarić, with whom she has two daughters.

Lima is probably best known for her work with Victoria’s Secret. Her first fashion show for the company came in 1999, and since being contracted as an Angel in 2000, she has appeared on subsequent shows ever since, opening the show in 2003, 2007, 2008, and 2010. In 2012 she opened the show for the 5th time less than two months after giving birth to her second child. In 2004, she was part of the five Angels promoting Victoria’s Secret nationwide in the so-called “Angels Across America”-Tour alongside Tyra Banks, Heidi Klum, Gisele Bündchen and Alessandra Ambrosio. She missed the 2009 show due to her pregnancy. Lima has appeared on several television ads for the brand, including the praised and criticized “Angel in Venice” commercial of 2003 with Bob Dylan. 2008 continued for Lima with hosting the What Is Sexy? program for the E! Entertainment Network and a July tour for the BioFit Uplift Bra launch. She was also featured in November’s Miracle Bra relaunch. Topping the year off, Lima wore the “Fantasy Bra” for the 2008 Victoria’s Secret Fashion Show. The bra, created by American jewelry designer Martin Katz, was set with 3,575 black diamonds, 117 certified 1 carat (200 mg) white round diamonds, 34 rubies, and two black diamond drops totaling 100 carats (20 g). Valued at over $5 million, the bra carried more than 1,500 carats (300 g). In 2010, she again wore the Fantasy Bra, called the Victoria’s Secret Bombshell Fantasy Bra. The bra which weighs in at 142 carats with 60 carats of white diamonds and 82 carats of topazes and sapphires is worth 2 million dollars.

This Victoria’s Secret supermodel made worldwide headlines after revealing the gruelling regime she goes through ahead of appearing in the luxe lingerie show. Her secret? She cuts out all solid foods nine days before she hits the runway, sipping only on protein shakes and small amounts of water. Then two days before hitting the runway she follows a zero-liquids policy. “Sometimes you can lose up to eight pounds just from that,” she told The Telegraph in the UK.

While the body comes equipped with teeth for chewing food, you can survive on a diet without any solid foods. A study in the Journal of the American Geriatrics Society found that giving long-term care patients a regular or pureed diet did not affect nutrient intake. Not chewing your food does lower the amount of saliva, which contains the digestive enzyme amylase, on it. But because the food is already broken down, the rest of your digestive system and other enzymes have less work. Before you embark on your no solid food diet, consult with a health-care professional.

Step 1
Use a juicer. A juicer is a device that removes fiber from your fruits and vegetables and produces a colored liquid you can rapidly drink to receive all of the benefits of vitamins, minerals and phytonutrients. A 2010 study published in Nutrition Journal found that 1 to 2 cups of fiber removed veggie juice a day is an efficient way to fulfill your daily vegetable requirements. Make sure that the juicer can handle vegetables, because some only process fruits. The American Cancer Society warns that juicing sometimes leads to diarrhea.
Step 2
Use a blender. Blending will not remove fiber from your food but will grind everything into a concoction which varies from a thick mush to runny liquid.
Step 3
Eat plenty of blended and juiced fruits and vegetables. Choose a variety of fruits and vegetables with an array of colors.
Step 4
Blend your fruits. Because fruits often contain sugar, blend them instead of juicing them so you don’t get an insulin spike from the rapid absorption because of the loss of natural fiber. Add water to the mixture for it to blend properly. Unlike juicing, blending will fill your stomach for several hours.
Step 5
Juice your vegetables. Drinking juiced vegetables doesn’t normally have an insulin spike because of their minimal sugar content. Juicing has no preservatives, so refrigerate it or drink it as soon as possible for the best benefits. Juice passes through the body quickly, so you can drink it often.
Step 6 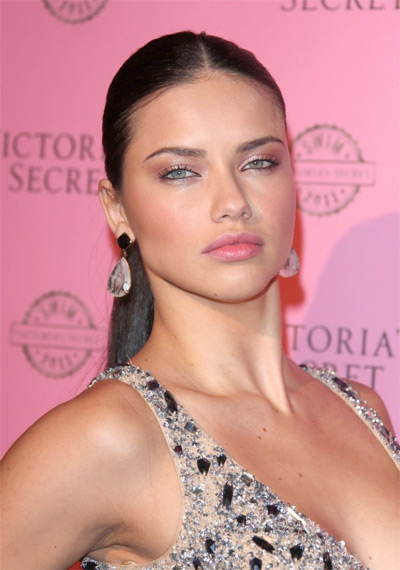 Supplement with optional vitamins, minerals and oils. According to a 2009 study published in the American Journal of Clinical Nutrition, vegan diets can be low in vitamin B12 and D, calcium, omega 3 fatty acids and zinc. Cow’s milk is a popular drink to get your vitamin D and calcium, while fortified soy milk often contains vitamin B12. Omega-3 fatty acids and zinc are available in pill form.

People go without food for a variety of reasons. You might be fasting to loose weight, for religious or spiritual reasons, or because an illness prevents you from keeping solid food down. Certain cleansing or detoxification plans require extended fasts as well, and some eating disorders also interfere with regular eating habits. Whatever your reason, refraining from eating for up to 72 hours can be dangerous, so consult your doctor if you are unable to ingest solid food, and do not engage in planned fasting without the supervision of a trained medical professional.

Everyone’s metabolic rate varies, so you might take more or less time than average to digest your meals. Healthy adults tend to take from 24 to 72 hours to digest food, although your food usually passes from the stomach to the small intestine within a day. During the remaining time, your food passes through the large intestine before being eliminated. Elimination is typically complete within 72 hours, so by refraining from eating any new food, you functionally empty your digestive tract of all solid food and waste.

A single day of fasting will not typically harm you, but extended fasting deprives you of many needed nutrients. You might get some nutrients from juice, but replacing a solid balanced diet with a liquid one takes careful preparation and nutritional knowledge. If you miscalculate your body’s needs and the nutritional values of the juices you drink, you can easily deprive yourself of nutrients and compromise the benefits you had hoped to achieve by fasting. Extended fasting as a means of detoxification, for example, can actually interrupt your body’s natural detoxification systems. You utilize the phytochemicals in food to assist in the detoxification pathways and, without them, your liver can temporarily cease removal of toxins.

Reducing your caloric intake to zero or near-zero will cause your body to burn some fat, but you might also lose muscle as your body takes energy from both your fat stores and your muscles. The exact rate and extent to which you burn fat and muscle depend on your individual metabolism, and you might not experience any loss early on. However, when approaching 72 hours without food, lab animals begin to show significant muscle loss, so you should expect some atrophy as well.

After 72 hours without solid food, you probably feel the chronic distraction of hunger. This distraction can make it difficult for you to focus or concentrate, which can lead to difficulty functioning in your daily routine, and might even cause depression. Conversely, you might feel overly happy, as severe calorie restriction can cause feelings of euphoria. You should note that this feeling is not due to any cleansing effect or improvement in your health. It is simply a neurological response to calorie deprivation.

Your metabolism has changed at the end of a prolonged fast, and the way you process solid food reflects this. Your body’s carbohydrate oxidation processes diminish, and your fat oxidation rates increase, resulting in a notable decrease in glucose tolerance. Your body’s increased insulin response increases your fat storage and weight gain while your metabolism and digestive system are returning to normal. You can counteract this weight gain in part by eating small, lean meals several times each day, rather than three typically-larger meals, for several days while your body readjusts to solid food.