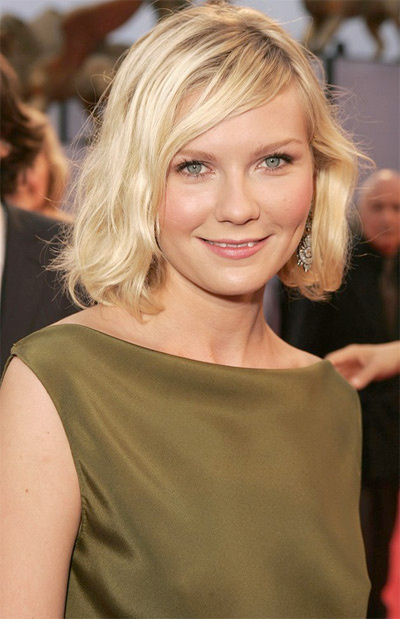 Kirsten Caroline Dunst is an American actress, singer and model. She made her film debut in Oedipus Wrecks, a short film directed by Woody Allen for the anthology New York Stories . At the age of 12, Dunst gained widespread recognition playing the role of vampire Claudia in Interview with the Vampire , a performance for which she was nominated for a Golden Globe Award for Best Supporting Actress. She appeared in Little Women the same year and in Jumanji the following year to further acclaim. After supporting roles in the television series ER and films such as Wag the Dog , Small Soldiers and The Virgin Suicides , Dunst transitioned into romantic comedies and comedy dramas, starring in Drop Dead Gorgeous , Bring It On , Get Over It and Crazy/Beautiful .

Dunst achieved international fame as a result of her portrayal of Mary Jane Watson in the Spider-Man trilogy . Since then her films have included the romantic comedy Wimbledon , the romantic science fiction Eternal Sunshine of the Spotless Mind and Cameron Crowe’s tragicomedy Elizabethtown . She played the title role in Sofia Coppola’s Marie Antoinette and starred in the comedy How to Lose Friends & Alienate People . She won the Best Actress Award at the Cannes Film Festival and the Saturn Award for Best Actress for her performance in Lars von Trier’s Melancholia .

In 2001, Dunst made her singing debut in the film Get Over It, in which she performed two songs. She also sang the jazz song “After You’ve Gone” for the end credits of the film The Cat’s Meow .

Even Hollywood starlets are plagued by the threat of pesky pre-awards-season pimples. So who do they call at the first sign of a breakout? Beutician to the stars Jamie Sherrill. This week Sherrill – who counts Kirsten Dunst and Jennifer Love Hewwitt among her clients – has been working overtime to get her famous clients red carpet-ready, including one emergency visit to a stressed-out celeb client, frantic about two raised bumps appearing on her face. “I injected Cortisone into them and also use a bit of laser treatment to take the redness out of it,” Sherrill told The Daily Mail. “I always say red carpet looks are no accidents. They’re the results of well-laid plans,” she said.

Cortisone is a steroid hormone. It is one of the main hormones released by the adrenal gland in response to stress. In chemical structure, it is a corticosteroid closely related to corticosterone. It is used to treat a variety of ailments and can be administered intravenously, orally, intraarticularly (into a joint), or transcutaneously. Cortisone suppresses the immune system, thus reducing inflammation and attendant pain and swelling at the site of the injury. Risks exist, in particular in the long-term use of cortisone 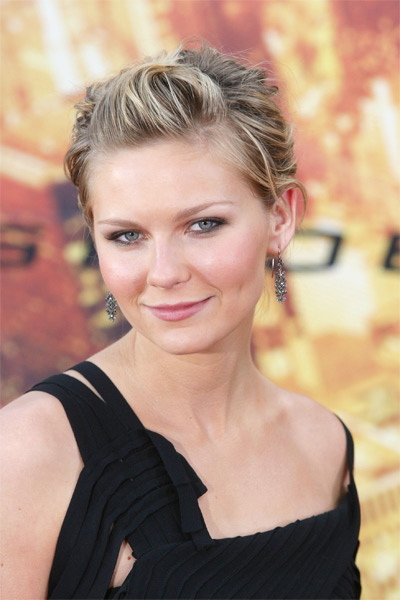 Cortisone, a glucocorticoid, and adrenaline are the main hormones released by the body as a reaction to stress. They elevate blood pressure and prepare the body for a fight or flight response. Cortisone shots for pimples is common.
A cortisone injection can also be used to give short-term pain relief and reduce the swelling from inflammation of a joint, tendon, or bursa in, for example, the joints of the knee, elbow, and shoulder.

Cortisone may also be used to deliberately suppress immune response in persons with autoimmune diseases or following an organ transplant to prevent transplant rejection. The suppression of the immune system may also be important in the treatment of inflammatory conditions.

Cortisone is a common treatment for a severe sore throat that occurs commonly with EBV infectious mononucleosis. It is important to note that cortisone does not help lessen the duration of the virus, and is used purely to increase the comfort of a patient with trouble speaking or swallowing as a result of the mononucleosis-induced swollen throat.

Cortisone is also used by dermatologists to treat keloids.

Cortisone is a powerful anti-inflammatory medication. Cortisone is not a pain relieving medication, it only treats the inflammation. When pain is decreased from cortisone it is because the inflammation is diminished. By injecting the cortisone into a particular area of inflammation, very high concentrations of the medication can be given while keeping potential side-effects to a minimum. Cortisone injections usually work within a few days, and the effects can last up to several weeks.

Oral use of cortisone has a number of potential systemic side-effects: hyperglycemia, insulin resistance, diabetes mellitus, osteoporosis, anxiety, depression, amenorrhoea, cataracts and glaucoma, among other problems.

Local side effects are rare but can include: pain, infection, skin pigment changes, loss of fatty tissue, and tendon rupture.