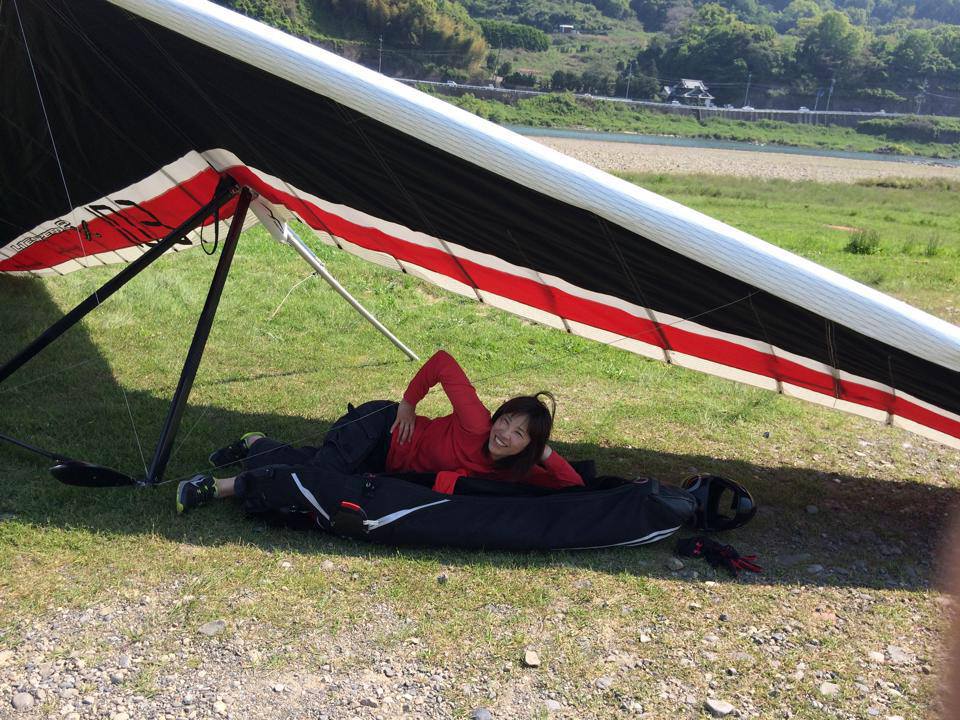 At the Forbes Hang Gliding Championships in Australia 2016, you were the only woman to have made goal at the longest task in hang gliding history. How did you feel before and after this incredible victory?

Of course I was surprised when I heard 367. 6 km is the longest task. I had a trouble of harness at 90 km of spot in the task. It was really problem for flight. But I did not have any solution, so I kept on flying.

I flew with other pilots sometimes but almost alone… And twice I seemed to be nearly landing. When I had flown at 100 km remainder of the task, I received radio from a friend pilot, “Hello Yoko”. I was really glad , and I felt I could make a goal. There were so many clouds to goal.

I made a goal! What a long way! And I felt really tired. After the goal I shared pleasure with pilots. And then we came back home by car. We arrived home at 2 o’clock in the night. Toooo long day finally finished. I felt everything was wonderful that day, today. Now it is a brilliant memory.

You also won the FAI World Championship in 2014. Tell us about your experience in the championship?

Yes. The win was really lucky. And I felt mysterious too. Actually I had done a lot of mistakes but it did not lead to a big point being given up. Some times my mistakes give me good points….. So I don’t know why, but I felt I could win in the competition even if I did any flight! I felt first time like this. And I felt strongly about a wonderful pilot Corina who was the winner before, of the competition and for long years has been a really wonderful pilot. I was happy to fly with her. And also felt that I did not have more experience than her .

Normally I have flown just in Japan, so I did not have experience to fly in the rocky mountains and mountain area. I had done a lot of mistakes therefore I had to fly alone with just my judgement. If I had had experiences, maybe I could have got a higher score. So I felt that I must get a lot of experiences and fly with some pilots for increasing my speed and reducing risk. 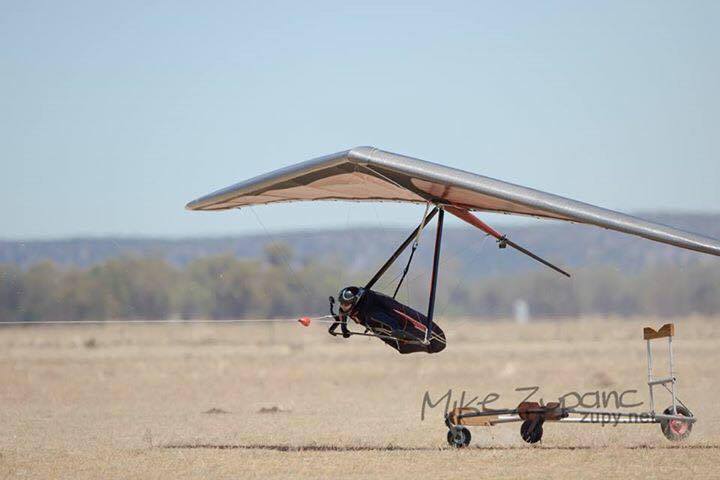 Hang Gliding is a very difficult sport, with many being injured severely. How are you able to manage and overcome these injuries?

Actually I had an injury a few months ago. It was the first time for me. But in this case I don’t know why I got the injury. I don’t remember what happened with me. Unfortunately, maybe I encountered an unexpected in close ground suddenly…

Recently I participated in some competition overseas. That time anyway I always have the opinion that I should not overdo, even if it is an important competition .

I think every spot has risk of injuries in case of competition especially. My opinion is that I must control my emotions as I am always thinking about safety flight the proper way for me.