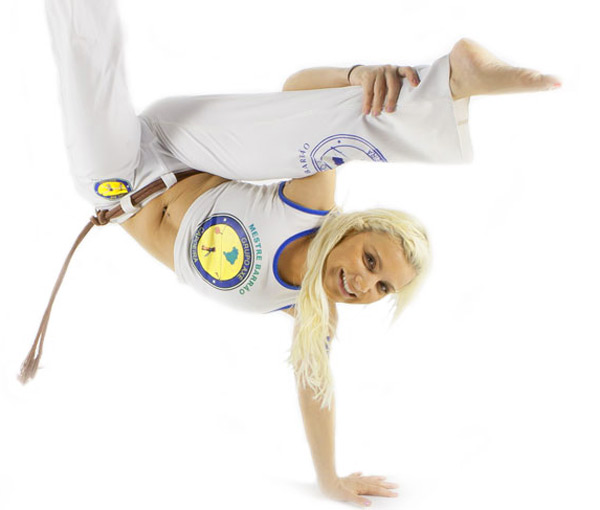 In a roda every cultural aspect of capoeira is present, not only the martial side. Aerial acrobatics are common in a presentation roda, while not seen as often in a more serious one. Takedowns, on the other hand, are common in a serious roda but rarely seen in presentations.

The batizado is a ceremonial roda where new students will get recognized as capoeiristas and earn their first graduation. Also more experienced students may go up in rank, depending on their skills and capoeira culture. In Mestre Bimba’s Capoeira Regional, batizado was the first time a new student would play capoeira following the sound of the berimbau.

Students enter the roda against a high-ranked capoeirista (such as a teacher or master) and normally the game ends with the student being taken down. In some cases the more experienced capoeirista can judge the takedown unnecessary. Following the batizado the new graduation, generally in the form of a cord, is given.

Traditionally, the batizado is the moment when the new practitioner gets or formalizes his or her apelido (nickname). This tradition was created back when capoeira practice was considered a crime. To avoid having problems with the law, capoeiristas would present themselves in the capoeira community only by their nicknames. So if a capoeirista was captured by the police, he would be unable to identify his fellow capoeiristas, even when tortured.

Apelidos can come from many different things. A physical characteristic (like being tall or big), a habit (like smiling or drinking too much), place of birth, a particular skill, an animal, or trivial things.

Even though apelidos or these nicknames are not necessary anymore, the tradition is still very alive not only in capoeira but in many aspects of Brazilian culture.

Chamada means ‘call’ and can happen at any time during a roda where the rhythm angola is being played. It happens when one player, usually the more advanced one, calls his or her opponent to a dance-like ritual. The opponent then approaches the caller and meets him or her to walk side by side. After it both resume normal play.

While it may seem like a break time or a dance, the chamada is actually both a trap and a test, as the caller is just watching to see if the opponent will let his guard down so she can perform a takedown or a strike. It is a critical situation, because both players are vulnerable due to the close proximity and potential for a surprise attack. It’s also a tool for experienced practitioners and masters of the art to test a student’s awareness and demonstrate when the student left herself open to attack.

The use of the chamada can result in a highly developed sense of awareness and helps practitioners learn the subtleties of anticipating another person’s hidden intentions. The chamada can be very simple, consisting solely of the basic elements, or the ritual can be quite elaborate including a competitive dialogue of trickery, or even theatric embellishments. 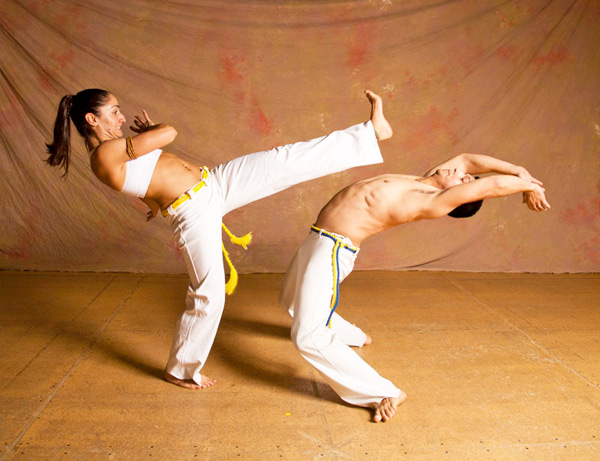 The volta ao mundo takes place after an exchange of movements has reached a conclusion, or after there has been a disruption in the harmony of the game. In either of these situations, one player will begin walking around the perimeter of the circle counter-clockwise, and the other player will join the volta ao mundo in the opposite part of the roda, before returning to the normal game.

Malandragem is a word that comes from malandro, which means a person who possesses cunning as well as malícia (malice). This, however, is misleading as the meaning of malicia in capoeira is the capacity to understand someone’s intentions. In Brazil men who used street smarts to make a living were called malandros. Later the meaning expanded, indicating a person who is a quick thinker in finding a solution for a problem.

In capoeira, malandragem is the ability to quickly understand an opponent’s aggressive intentions, and during a fight or a game, fool, trick and deceive him.

Similarly capoeiristas use the concept of mandinga. Mandinga can be translated “magic” or “spell”, but in capoeira a mandingueiro is a clever fighter, able to trick the opponent. Mandinga is a tricky and strategic quality of the game, and even a certain esthetic, where the game is expressive and at times theatrical, particularly in the Angola style. The roots of the term mandingueiro would be a person who had the magic ability to avoid harm due to protection from the Orixás.

Alternately Mandinga is a way of saying Mandinka (as in the Mandinka Nation) who are known as “musical hunters”. Which directly ties into the term “vadiação”. Vadiação is the musical wanderer (with flute in hand), traveler, vagabond.

Capoeira is currently being used as a tool in sports development (the use of sport to create positive social change) to promote psychosocial wellbeing in various youth projects around the world. Capoeira4Refugees is a UK-based NGO working with youth in conflict zones in the Middle East. Capoeira for Peace is a project based in the Democratic Republic of Congo. The Nukanti Foundation works with street children in Colombia.