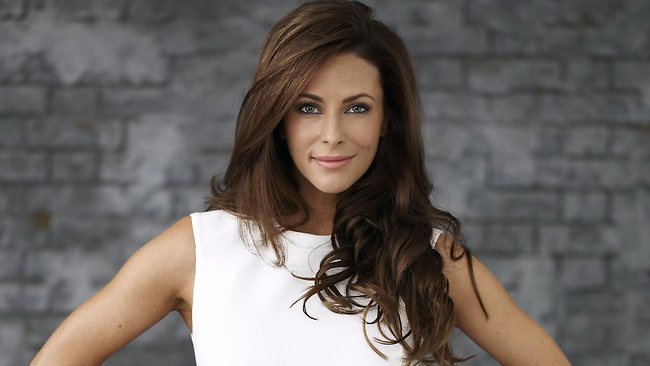 Esther Jackie Anderson is an Australian actress and model. She is best known for her role as Charlie Buckton on the Australian soap opera Home and Away. She was nominated for a Gold Logie Award at the 2012 Logies.

Anderson was a successful model. She was based in Japan for six years and has travelled to Tokyo, Osaka, Hong Kong, Korea and Europe for work. She is signed to Chadwick Models. She has modelled for Patons, a knitting company. Also for Bride, Everybody and Zenzue.

Anderson began her television career in Japan appearing in ads, during which she decided to move back to Melbourne to take acting courses as she wanted to begin acting and presenting. In 2007, Anderson landed a role on the Victorian version of Australian travel show Postcards. She remained in the role for a year until she had the chance to audition for Home and Away. Anderson won the role of Charlie Buckton in 2008. She decided to quit the role in 2011 and she filmed her final scenes in August that year.

Anderson later starred in a short film titled Breathless playing the role of Jodie, a woman in mourning over her deceased child. In August 2012, it was announced Anderson had landed a role in the pilot of Siberia, which was filmed in Canada.

Esther Anderson is an exceptionally talented Australian actress. She is in conversation with Namita Nayyar, President Women Fitness.

Ms. Namita Nayyar: You started modeling at an early age and was earlier based at Japan. You started pursuing acting and reached the pinnacle of success when you played role of Charlie Buckton in Home and Away and excelled in number of films and television shows. Tell us about your journey that took you to where you are now in the world of acting and as a model?

Ms. Esther Anderson: As a kid growing up I always wanted to be an actress. I remember watching Kylie Minogue playing “Charlene” on the long running soap “Neighbours” and thinking that would be a great job. I remember asking my mum if I could make a living from that kind of work (It didn’t seem like work in my mind, the idea of getting payed to do something that was so creative and fun seemed like a dream job to me, but even at a very young age I was worried about security. It was important for me to get good grades so I could get a decent job and make a living and have a roof over my head -:)

During my primary school years I would often put on performances with the other kids in my street for our neighbours to come and watch. I loved the idea of entertaining people and making them happy. I still find this one of the most rewarding parts of my job now. Being able to move people in some way with the stories you are telling.

When I got to high school, our drama department was mainly musical theatre and I can’t sing to save myself so I took up dancing instead. I was involved in our schools Rock Eisteddfod each year, that went on to win numerous state finals and the national title my first year. I loved being a part of the collaboration and the comradery we developed with our peers. It was one of the most memorable parts of my high school experience, I was however still hungry to explore acting as I hadn’t had that opportunity yet. I think the closest thing I had experienced was playing the role of the lead Barrister in our mock trials at the Geelong courts. As part of our legal studies curriculum we would have mock trials against other schools where we would play the different roles of prosecutors, defendants, barristers etc in the framework of a case.

I was always the leading Barrister and I loved this role. I thought after doing this I wanted to be either a lawyer, a criminal psychologist or a police women. In hindsight I realise it was the performance side of it that I loved most. I did work experience at the Geelong police station and realised I could never be a police woman (except on-screen) , I did work experience at the Geelong courts and realised I didn’t want to be a lawyer either, and I went to Swinburne University in Melbourne and studied first year Psychology only to realise I didn’t want to be a psychologist.

I then decided to do what many Australians do, and I deferred from my degree at University to take a year off and back pack overseas to hopefully figure out what I really wanted to do with my life. I had a fantastic experience travelling through Europe and picking up work in bars in different countries and I thought to myself I’m not ready to go back home yet, when I received an email from my modelling agency in Melbourne saying that Japanese scouts had been over and liked my portfolio and wanted to offer me a contract to model in Japan. The timing was perfect and I decided I had nothing at all to lose and everything to possibly gain. My first contract was for 3 months and I had a very successful trip in Tokyo.

I fell in love with Japan and was so grateful for such a lucrative opportunity at such a very young age (I was then 20 years old) I continued to then go back and forth to Japan in total I think 12 times, spending around 6 months a year there over the next 6 years between Tokyo and Osaka. I also received contracts in Korea, Hong Kong, Hamburg, Munich, Bangkok, and New York where I worked for brands such as Clairol, Oil of Olay and Victoria’s Secret amongst others.