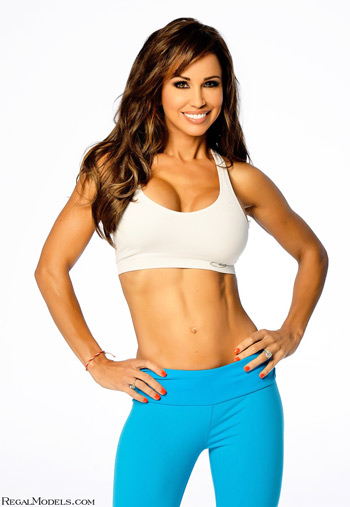 Jennifer Archuleta (Walcott) was born at Youngstown, Ohio. She is an American glamour model and actress best known as Playboy magazine’s Playmate of the Month for August 2001. Playboy’s Miss August 2001, she used the breakthrough as a launching pad, appearing in MTV Spring Break, Wild On and Weakest Link soon after. Aside from the occasional TV show, she posed for covers of Muscle & Fitness Hers, Physical and Iron Man. Jennifer’s best work has continued to come from Mr. Hugh Hefner though, as she has posed for a Playboy calendar and “acted” in a couple of bunny videos.

She moved on to television as well, hosting MTV Spring Break 2002 and frequenting the game shows Russian Roulette, Weakest Link, Dog Eat Dog and Street Smarts. She also appeared in Wild On, our personal favorite travel show. She then added Barefoot Beauties and Play..boy Hot Lips, Hot Legs to her resume; both popular Playboy “documentaries.”

In her most recent work for Hef, she appeared in the 2003 bunny calendar and joined the Playboy Extreme Team, a group of centerfolds who engage in physical activities like rock climbing and beach volleyball.

She was born to a family of four children. She is of Italian, Irish, and Polish descent. Her childhood was spent in Youngstown, Ohio. She was a cheerleader and a dancer growing up. In 1995, she graduated from Lowellville High School. She wanted to be a veterinarian, mostly because she had many pets at her house.

In October 1996, at the age of nineteen, she visited Los Angeles and decided to move there. The first few years in L.A. were rough for Walcott as she worked two jobs while taking business classes at Santa Monica College. In 2000, she temporarily moved to Chicago to be close to her grandmother who was very ill and when her grandmother died, she decided to move back to Los Angeles.

After her move back to Los Angeles, she decided to become a model. In late 2000 and early 2001, she attended a Playboy party as a make-up artist working an event and was taken notice of by accident, she was scheduled to shoot in mid-2001. She was chosen the Playmate of the Month for August 2001. She subsequently launched her own website, and appeared in many Playboy magazines. She was chosen by Carmen Electra to model for her celebrity guest photographer photo shoot on playboy.com.

She has appeared in several music videos, including videos for Justin Timberlake, Sterophonics and Marc Anthony. She was on the Playboy Xtreme team. During her first pregnancy, she appeared on the cover of Holistic Health Magazine, explaining to the magazine that she chose to maintain her pregnancy and birth organically, without the use of drugs. She has posed in and for the covers of Moves, American Curves, Muscle & Fitness, Hers, Physical, Iron Man, VP Racing Fuel, Playboy swimsuit calendar, Performance Audio and Sound, AtoZ, Playboy Catalog, Planet Muscle, 944, Stun, Matco calendar, Flirt atalog, People (Australian magazine) and many Playboy Special Editions. In 2005, she along with Scarlett Keegan and Destiny Davis, were given keys to Las Vegas by the mayor in appreciation for posing for a calendar promoting the city.

In 2005, She appeared in American Pie: Band Camp. In 2008, Walcott was in the movie The Pool Boys. She is now the spokesperson for Ciclon rum and Bally’s slot machine. She is also the new Mickey’s girl. She was featured on many television shows such as Weakest Link, Street Smarts, Dog Eat Dog, Wild On!, Russian roulette, Howard Stern, MTV Cribs, Entertainment Tonight, Best Damn Sports Show Period, Ripley’s Believe It or Not, The Other Half, and has been featured on E! True Hollywood Story (Football wives) and Mom Time.

She was chosen as a finalist to compete in the 2006 WWE Diva Search, but dropped out due to conflicts with other projects. She also won SPiN’s Hottest Significant other. As of late 2009, she co-hosted a local advice show in Arizona called Mom Time TV.

She has appeared several times as a “Postal Babe” in Running With Scissors, Inc. official website. She is slated to appear as herself in the Postal III video game. She is married to former NFL safety Adam Archuleta. They live in Los Angeles, California and had their first child on April 10, 2008 in Scottsdale, Arizona. In continuance of her aforementioned organic approach to her pregnancy, Walcott also chose to nurse by making her own organic formula with whey, whole milk, lactose, probiotics, high butter, cod liver oil, nutritional yeast flakes, amla c powder and water.

She volunteers at the Ronald McDonald House in Washington, DC. She owns a hair salon called Celebrity Extensions in Los Angeles, California with her friend Jen Resnick. She is also a poet. One of her poems won a statewide Reader’s Digest contest.

Jennifer Archuleta has featured in: 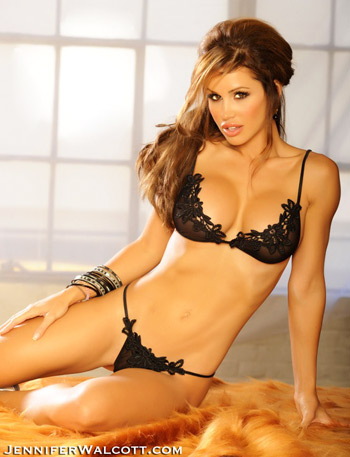