Ms. Namita Nayyar: Do you have any advice and motivational words for our aspiring and budding women sports journalists and broadcasters who all are your fans, what should they do to climb up the ladder of success in sports journalism?

Ms. Kate Partridge: I’m still climbing that ladder myself! But I would say that focus, determination, hard work and research are the keys to success. Also, I’d say to anyone to always believe in yourself, be professional and kind – and have fun! Be the best you that you can be. 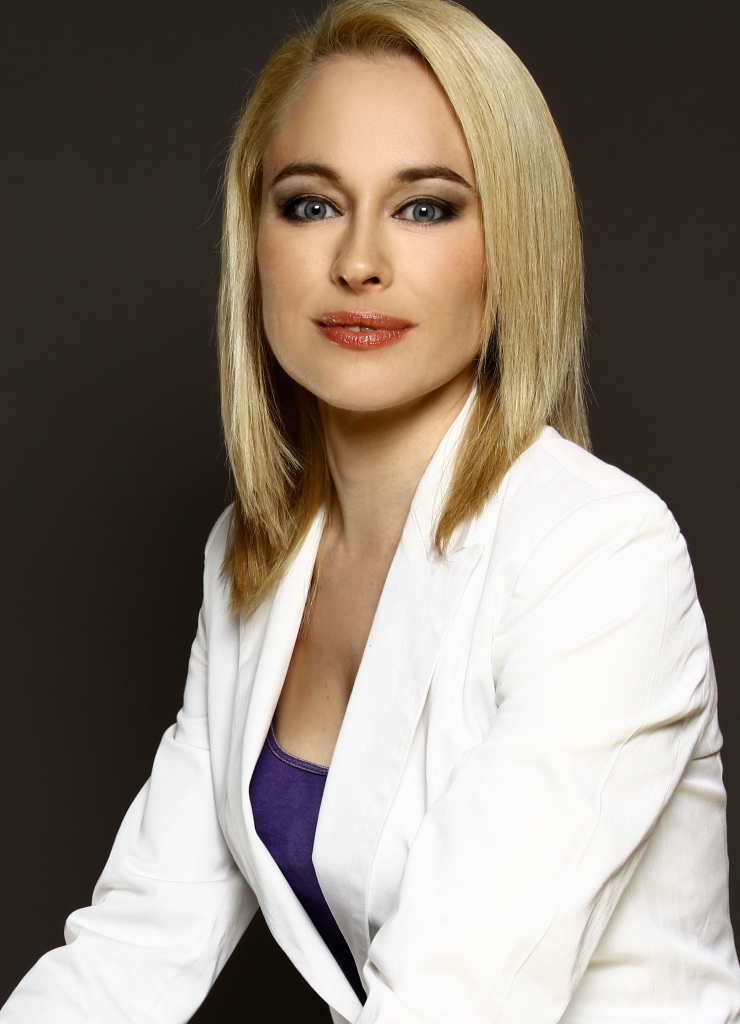 Ms. Namita Nayyar: You took a history degree at the London School of Economics and have a Masters in ancient history. Later, you also went to night school to learn Russian and passed the GCSE. You also went to Cardiff University to gain a postgraduate diploma in broadcast journalism. How has this background helped you in becoming one of the most accomplished female sportscasters in the world?

Ms. Kate Partridge: An academic background is a good basis for being a journalist. It helps with analysis, writing concisely and producing work to deadlines. It also provides a good general knowledge, breadth of vocabulary and the confidence to deal with difficult situations. Specialist skills like languages in a world where sportsmen and women are now globally renown are also very useful, and allow you unique access to people.

Ms. Namita Nayyar: Who has been your inspiration and motivation that led you to your success in the world of sports journalism?

Ms. Kate Partridge: As a little girl, I was totally inspired by the ability, determination and stoicism of Nadia Comaneci and the gymnasts from the Soviet Union. My motivation also comes from my grandparents – my father’s mother and my mother’s father – who brought me up with good values, and to believe that I could do anything I wanted and be anything I wanted to be.

Ms. Namita Nayyar: Tell us about your experience of working for four-and-a-half years at English-speaking news channel RT in Moscow, where you presented, edited and reported on the weekly SpoRT Show?

Ms. Kate Partridge: Because of history, politics and economics, there are a lot of preconceived views about Russia and Russians. I can only speak from my own experience, as an English woman working as a sports presenter for an English-speaking TV channel in Moscow.

I loved it, as I was doing my dream job in a city and among a people I had been intrigued by ever since I was a child. Moscow is historically and culturally fascinating, with arguably the best nightlife in the world. I made some of the best and most loyal friends I have ever had, from all corners of the globe. I also felt that Moscow was a spiritual mirror: whatever you felt, the old city reflected back.

I loved the long hot summers by the Moscow river and in Gorky Park, and the cold but snowy, dry and windless winters, the endless supply of cheap taxis, the 20-hour a day beautiful and cheap metro, and 24-hour corner shops and supermarkets. RT also allowed me the opportunity to cover events and see parts of the world I might never otherwise have had the chance to see, such as large amounts of Ukraine during Euro 2012. No life experience is ever perfect, but I have rarely felt so much that I had come “home.”