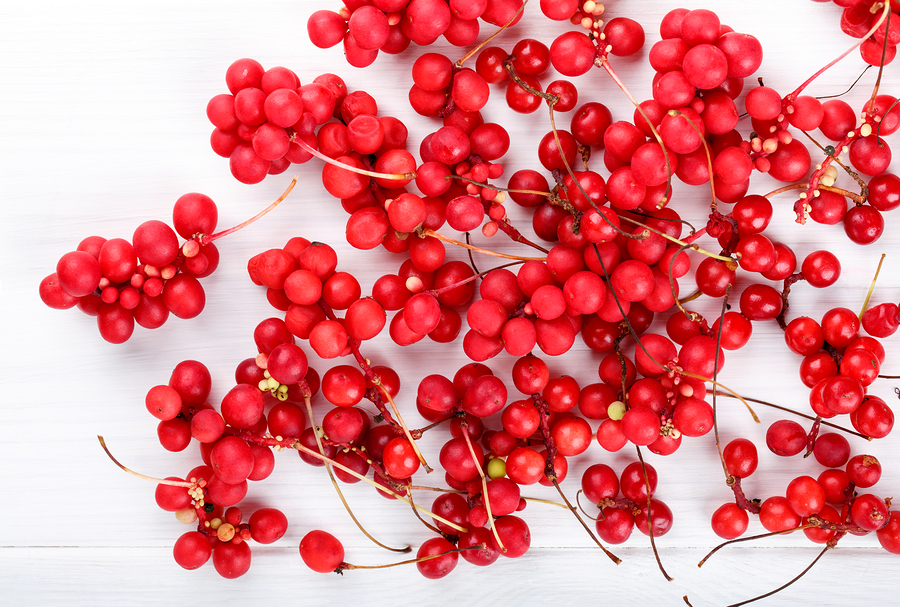 Schizandra chinensis protects against liver injury caused by a carcinogen called carbon tetrachloride, according to a study published in the journal “Food and Chemical Toxicology” in May 2013. In in vivo study, mice were treated with carbon tetrachloride to induce liver injury. Treatment with schizandra chinensis pollen extract, or SCPE, elevated the activities of antioxidants, prevented the increase in levels of liver enzymes — alanine aminotransferase and aspartate aminotransferase — and decreased free radical formation in the liver of mice. Higher levels of liver enzymes indicate that you have liver disease. The results demonstrated that SCPE possesses powerful antioxidant activities and offers protection against liver injury.

By adding schizandra berry to your diet, you can protect yourself from inflammation. A study published in the September 2013 issue of “Environmental Toxicology and Pharmacology” explored the potential of water extracts of schizandra chinensis fruit to decrease inflammation in macrophages — white blood cells — activated by lipopolysaccharides. The results showed that water extract of schizandra fruit successfully restricted the expression of inflammatory substances in macrophage cells.

Schisandra chinensis enjoys millennia of traditional use for prolong life, retarding the aging process, increasing energy, as a fatigue-fighter, and as a sexual tonic. Schizandra also possesses significant protective antioxidant and anti-inflammatory activity. Thus it helps to maintain healthy cells throughout the body. It is considered one of the most highly protective of all medicinal plants, and the berry is included in many traditional herbal formulas for improving energy and mental health.

Schisandra berry demonstrates significant adaptogenic activity. To qualify as an adaptogen, an herb must be completely safe and non-toxic, it must have broad uses for health, and it must specifically reduce stress, both mental and physical. As an adaptogen, schizandra is a potent general tonic, decreasing fatigue, enhancing physical performance, and promoting endurance. The berry counters stress by reducing the levels of stress hormones in the blood. Additionally, schisandra offers great benefits for athletes.

In human studies schisandra berry and its extracts have improved performance among long distance runners, skiers and gymnasts. For this reason schisandra berry is often found on the training tables of Chinese athletes.

As if all these benefits were insufficient, schisandra also offers first-rate liver-protective benefits. Schisandra helps in the treatment of hepatitis, as noted in over 500 cases. In fact, an antihepatitis drug was developed from Schisadrin C.

Chinese folklore says that Schisandra can “calm the heart and quiet the spirit”, and it has a long history in Traditional Chinese Medicine. Schisandra, also known as Magnolia vine due to its ability to grow upwards in a creeping fashion, is a native to Northern China, Russia, and parts of Korea. An ornamental plant found in many fine gardens throughout the world, schisandra is a woody vine with oval pink leaves and bright red berries. The most popular use can be recorded in China and Russia. Its Chinese name is wu-wei-zi, which means five taste fruit. Schisandra has a usually sour, sweet, bitter, warm, and salty taste, hence the name “five taste”. Russian hunters have consumed it for centuries as a tea to help with fatigue.

Instead of starting off your day with a cup of coffee, try some schizandra berry supplements to wake up your mind. And if you’re too stressed at night to sleep, don’t stay up watching late night television; take some schizandra berry supplements to calm you down. How can a single item have such apparently contradictory effects? According to thousands of years of traditional Chinese medicine, schizandra is an “adaptogenic” herb.