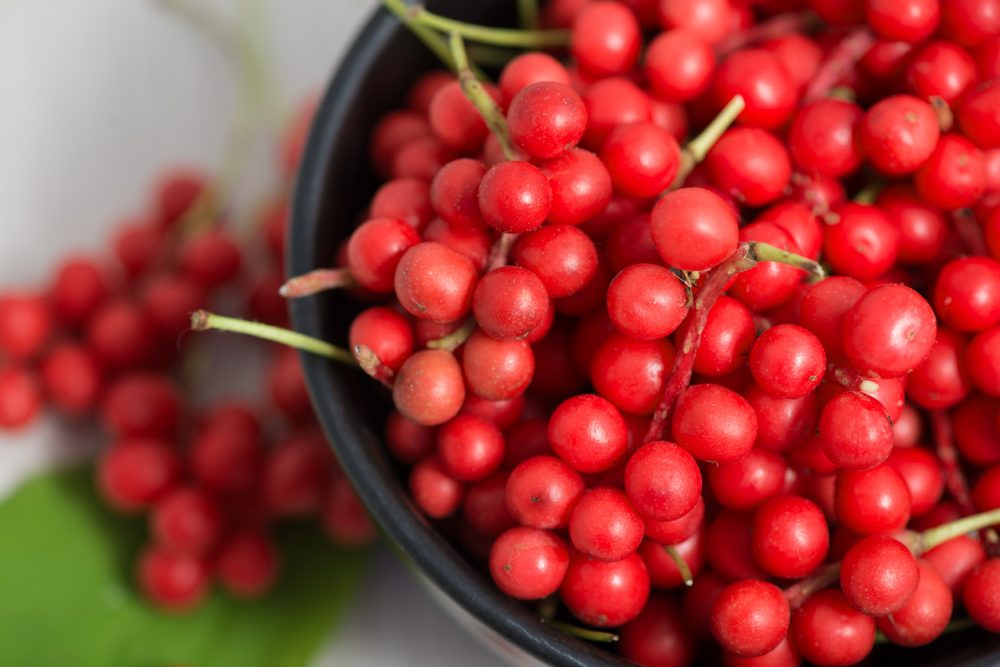 In 1958, Russian holistic doctor I.I. Brekhman and his colleague I.V. Dardymov coined the term “adaptogenic” to refer to any herb that “usually has a normalizing action irrespective of the direction of the pathological state.” In other words, it doesn’t matter whether you’re too sleepy or too nervous; either way, schizandra will redirect you from an extreme to an ideal, balanced state. Schizandra may also provide additional medicinal benefits.

Around 2,000 years ago, Shen Nong first referred to schizandra as a valuable adaptogenic tonic. Since then, it has remained one of the most popular adaptogenic herbs in China, where it is taken to promote mental function, strengthen the sex organs and beautify the skin, according to Off the Shelf Natural Health by Mark Mayell.

In Herbal Medicine, Healing and Cancer, Donald R. Yance Jr. lists many of schizandra’s uses, which include increasing mental and physical exercise capacities, as well as improving adaptability to darkness and other environmental stresses. Yance points out that, unlike caffeine, schizandra stimulates the central nervous system without creating an excitatory effect. Schizandra provides a mental boost without the jitteriness caused by caffeine.

1. Liver Cleansing — Schizandra protects the liver from harmful toxins. Radiation and other unwanted exposures are properly escorted from the liver and excreted out of the body. Schizandra liberates the liver from any unwanted toxins. Perfect for springtime cleansing! It has also been used in the treatments of liver diseases such as hepatitis.

2. Longevity Herb — helps maintain vitality. Schizandra is a great anti-inflammatory and antioxidant which supports healthy cellular function, making it a superb tool against aging. In China they believe the berry to contain all three primary life energies: Jing, Qi and Shen, these life forces restore vitality and extend life.

3. Skin Health — increases skin wellness and beauty with long term use. Schizandra has been used in treatments of skin disorders because of its amazing powers to radiate the skin. With 100 days of use, your skin will be glowing and your energy will be greatly increased. Known as an anti aging herb, it actually works to deactivate free radicals that attack liver cells. Free radicals damage cells throughout your entire body and therefore promote aging. 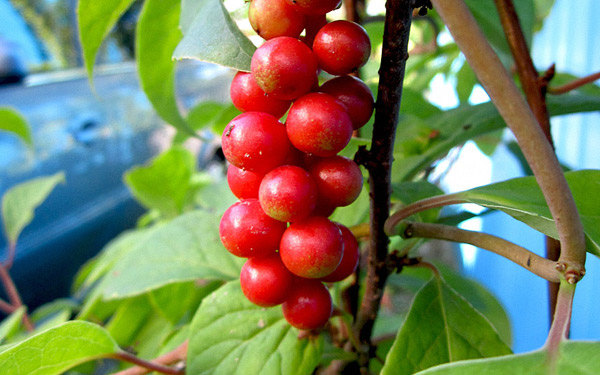 4. Increases Brain Activity — Schizandra will give you a boost of energy. It stimulates the central nervous system giving your brain a renewed sense of focus. It has been used to help adults suffering from ADHD. Studies have shown that schizandra increases concentration and memory. It has the ability to promote mental functioning and increase work productivity.

5. Menopausal Symptoms — Schizandra supports the adrenals and balances the hormones in the body. In Korean medicine, schizandra is used to treat cardiovascular issues that are associated with menopause. This magical little berry enhances blood vessel health and aids in better blood flow.

6. Combats Stress — Schizandra is an adaptogen, which facilitates the bodies ability to cope with stress. It has also been reported to decrease blood pressure, which is commonly associated with higher stress. Schizandra will help fight adrenal fatigue which is commonly linked to or made worse by chronic stress.

7. Immune Booster — Schizandra will enhance your immune system, helping your body to fight off infections. If you suffer from chronic stress you might also suffer from lower immune system functioning. The active ingredients in this berry are known to reverse many issues of the central nervous system, allowing your immune system to take over without the added work of trying to deal with stress, depression and anxieties that you might be facing.

8. Increases Sexual Health — Schizandra strengthens the entire body and helps in calling your libido to action. It works to increase sexual endurance and produce more fluids.

9. Combats Insomnia — Even though Schizandra aids in mental clarity and stimulation, it is also fantastic in the fight against insomnia. It works to relieve anxieties and stress therefore allowing you to relax at night.

10. Increases Stamina — Athletes have had amazing results with using schizandra as a part of their daily regimen. It actually reduces fatigue and improves physical power and endurance. Athletes have shown better performance results with long term use of the berry.

11. Cardiovascular System — This berry is very beneficial to your lungs. Not only does schizandra help with good blood flow but will help your body maintain healthy levels of blood sugar as well as lower your cholesterol. It has been used to ease coughing and increase energy and endurance, making it quite the powerful supplement for people with upper respiratory issues, such as asthma.

Women Fitness provides its viewers a complete resource on Schizandra that is a powerhouse of a supplement that would make a great addition in our everyday routine. And provide added benefits of reduced stress, beautify skin, increase endurance and a clean liver.