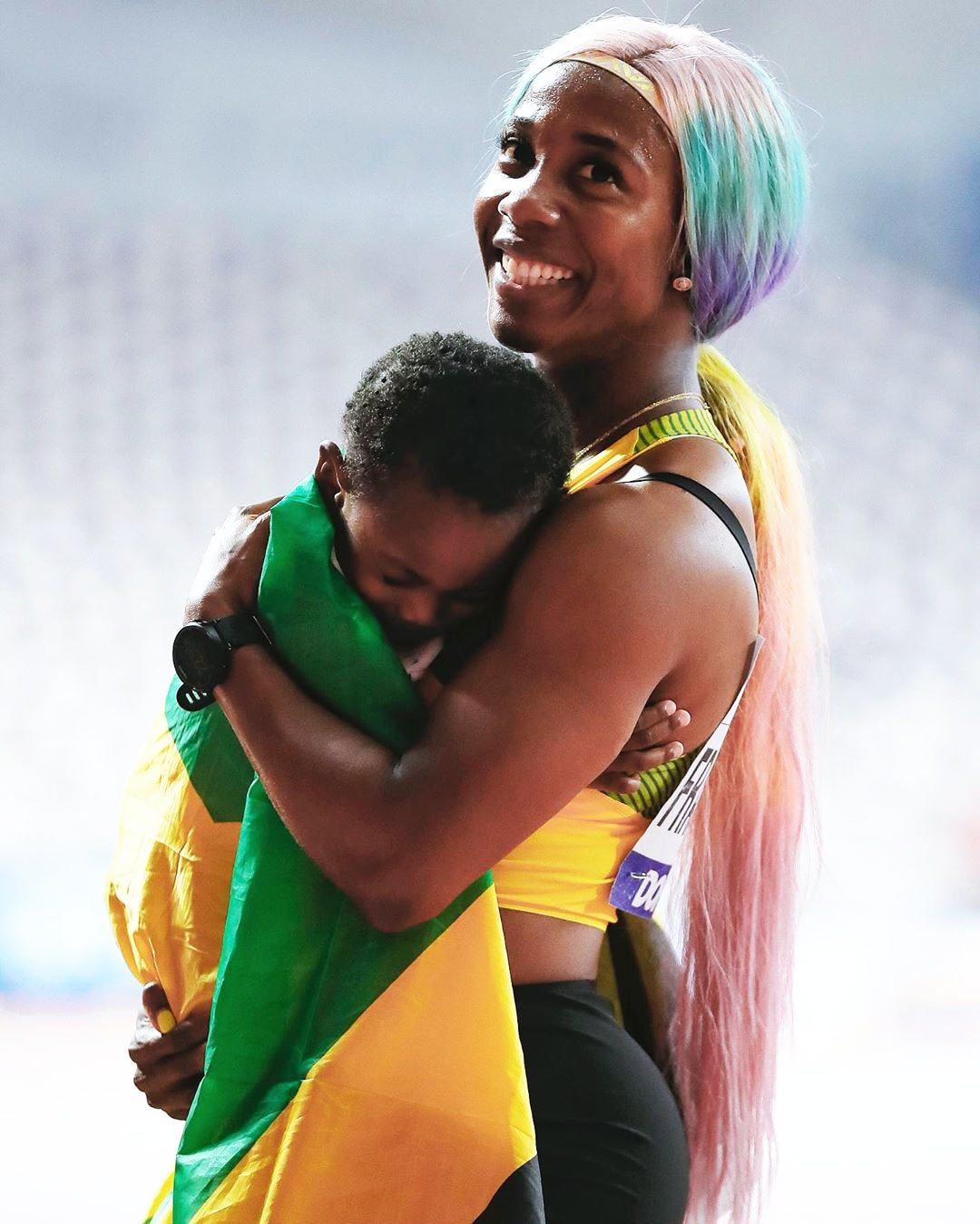 Ms. Namita Nayyar: How did you feel before and after your memorable win in the 60m at 2014 IAAF World Indoor Championships on 9th March 2014 in 6.98 seconds at Sopot, Ergo Arena?

Ms. Shelly-Ann Fraser-Pryce: The night before the final I did not sleep very well because I had a headache. After the race it was a fabulous feeling since I won my first ever World Indoor Title and became the first lady in history to simultaneously hold World Titles in the 60m, 100m , 200m, 4x100m and the Olympic Gold medal in the 100m.

Ms. Namita Nayyar: You won three gold medals each in the 100m, 200m, and 4x100m races in 2013 Moscow World Championships. You then struggled with an injury after that. How you were able to overcome this physical injury/setback and what advice you can give to fellow sports person in a similar situation?

Ms. Shelly-Ann Fraser-Pryce: Injuries are a part of the sport. This is because the nature of this sport is pushing your body to its max. The way I deal with injuries other than getting the required medical treatment, is my believing that I will get better, I will heal. I do not change my mind set and goals when I get injured. Importantly I think positively and remain optimistic.

Ms. Namita Nayyar: You won gold at the 2013 14th IAAF World Championships in 100m in 10.71 seconds at Moskva (Luzhniki). Elaborate your experience on this exceptional performance?

Ms. Shelly-Ann Fraser-Pryce: 2013 was a great year for me. In 2011 i lost my 100m World title and so it was critical for me to win it back. I had already defending my Olympic 100m title and wanted to own both the World and Olympic titles at the same time. The Moscow World Championships was also my fastest World or Olympic final, making it even more special.

Ms. Namita Nayyar: You have won the Golden Cleats Award for female Athlete of the Year in 2010 and 2012. What responsibility this award bestow upon you in your future efforts and activities in the field of athletics?

Ms. Shelly-Ann Fraser-Pryce: Awards do not add any additional responsibility to me. Awards remind me of the hard work required to earn those awards. Awards reinforce to me what I am required to do if I want to win them again.