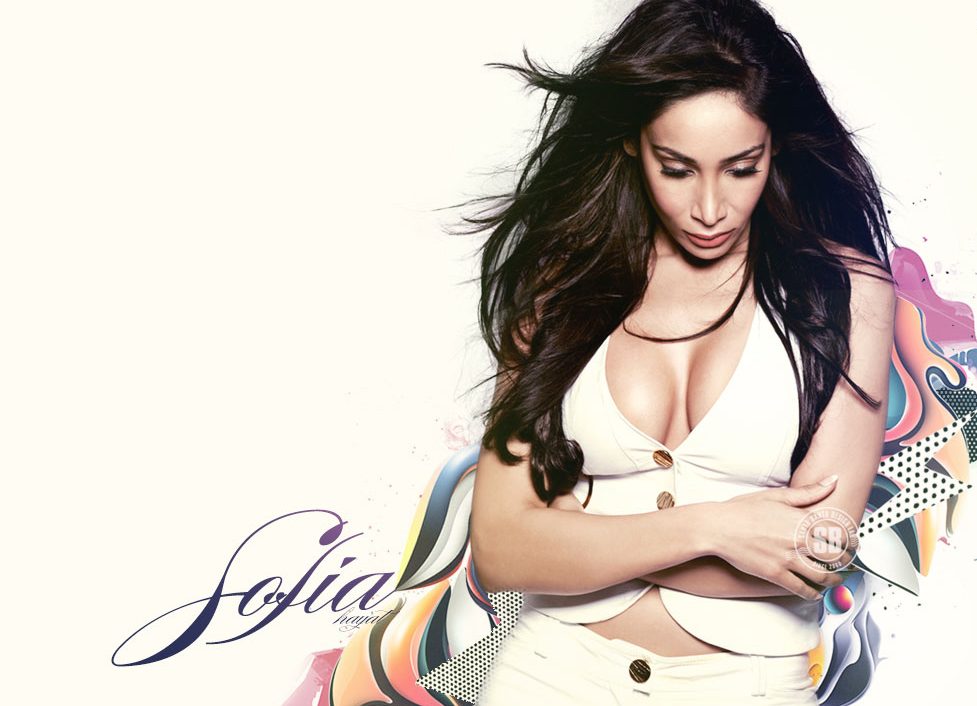 Sofia Hayat is a British Asian actress, model and singer, who worked on both British and Indian projects. In July 2012, Hayat was named the new “Curvy Icon” by Vogue Italia. In September 2013, Hayat named on the FHM sexiest women in the world list.

Hayat first came to public attention on Satellite Channel, Zee TV, where she hosted her own TV show for 3 years starting in 2003. The show became a cult favourite amongst young British Asians. She holds a BA (Hons) in Music and Performing Arts, and has studied acting for 7 years in total, including the Meisner Technique, which she is a huge fan of. She has been instructed under David Schwimmer, famously from the American TV show Friends.

Sofia plays the piano to grade 7. She can also play the recorder, is a keen sword fighter, and has practised the martial art, Krav Maga. Sofia has appeared in numerous TV Advertising campaigns for big international brands like Walkers Crisps, McDonalds, and was the first model/actor who featured in the campaign for Timotei hair shampoo, a brand well known for hair products for blondes. This was the first time they shot with a brunette from Indian origin.

She started acting professionally at 16, where she landed her first role with the BBC on the hit show, “Absolute Power”, where she starred alongside Stephen Fry. (V for Vendetta)She then went on to star in the BAFTA award winning show Fur TV, where she played a Latino with a Brazilian accent. The show was an international success and has been translated in over 5 different languages.

Sofia is also a singer, and released her album Dishonoured, in 2011. She has also sang at the Royal Albert Hall, and has sung Jazz with India’s legend, Louiz Banks, who has performed with Herbie Hancock. For her first Bollywood film, Sofia had to learn Hindi, as she did not speak it, however she did understand some, and took on classes and watched films to perfect the language. It was initially decided that her voice would be dubbed in her first film, but after spending 3 months in India, the producer and Director agreed that Sofia should dub her own voice.

Sofia also hosted and judged India’s most watched TV show on Disney UTV Bindass, called “Superdude.” She has achieved a number of awards in India for acting and singing, and currently splits her time between UK and India.

Sofia Hayat a British Asian actress, model and singer. She is rated by FHM as one of top 100 sexiest women in the world. She is in conversation with Namita Nayyar, President Women Fitness.