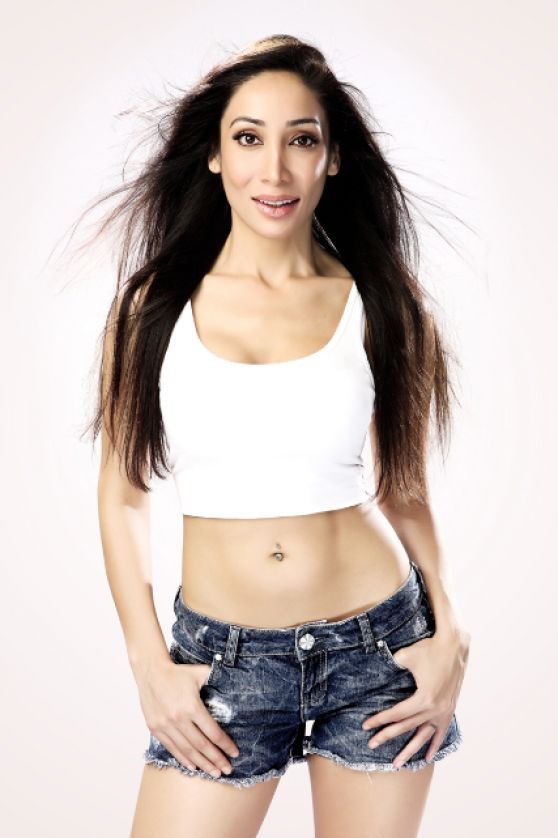 Ms. Namita Nayyar: Your career in modelling, acting and singing started when you were a teenager. Your acting career began in 2003 when you starred in “Absolute Power” with Stephen Fry. Later your acting and modeling career propelled to the height where you have been at the top of the world of acting and glamour modeling and has also being featured in FHM, GQ, and Vogue. Tell us something about this fairy tale journey?

Ms. Sofia Hayat: I think at the beginning of my journey, I faced a huge amount of set backs, knock backs, and rejection. When I got my first job with Stephen Fry, I was almost waiting for someone to say, we have the wrong girl, and send me home!

As far as being voted one of the sexiest women in the world, I guess, i do enjoy it. When I was at school, I was bullied, and the girls used to say to me, “you are so ugly no guy will ever want you”.

I always believe in myself, even though others did not I guess.If you work hard with morality and honesty, then you can succeed! I am very blessed and worked really hard for what I have achieved.

Ms. Namita Nayyar: You move between UK and India for your professional career. For an actor to adjust to new countries with their own cultures it must be difficult and then to adjust with acting career in a new foreign land, what advice you can give to fellow actresses in a similar situation?

Ms. Sofia Hayat: My advice would be to just enjoy it! There are always challenges wherever you go for work. But if you love what you do and work hard, it does not matter which country you are in. It can get a little lonely, especially when the only people you surround yourself with are in the industry, so, I always did some charity work to ground me, like helping in dog shelters, or working with women’s rights groups. I also meditate to ground me, to focus me and to lose any fear.

Ms. Namita Nayyar: How has your educational background of BA (Hons) in Music and Performing Arts and studying acting for seven years, including the Meisner Technique has been a catalyst in your professional success as an actress and as a singer?

Ms. Sofia Hayat: My education has helped immensely. It gave me the tools I needed to be confident enough in my art. I wasn’t a catalyst, but it certainly helped.

Ms. Sofia Hayat: To me art is art. Some people are just singers, or just actors, and that’s great. But I am a complete artist. If I write a song, I automatically see a video in my head. Presenting, which is where my career started, was just me being me, and I’m a people’s person, and I like to have fun. I love to entertain. I love making people happy, and it’s equally rewarding to me.