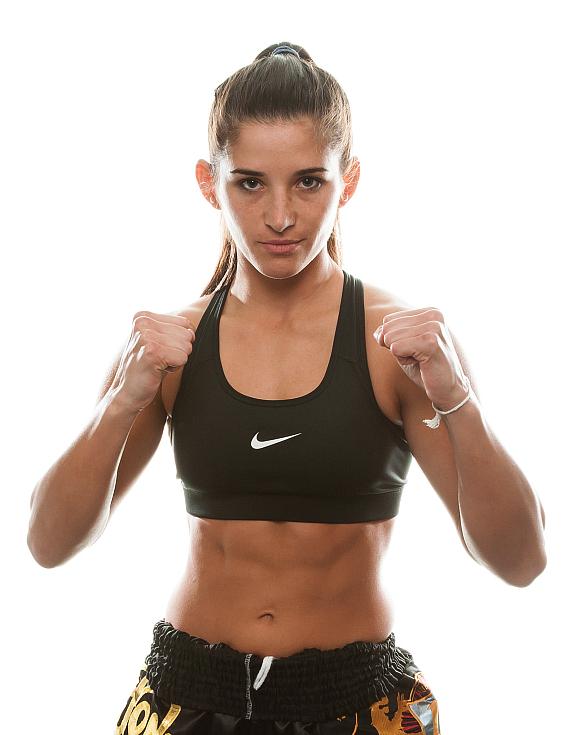 Tiffany Lynn van Soest is an American Muay Thai kickboxer who competes in the bantamweight division. Originally a Shōrin-ryū karate practitioner, van Soest began Muay Thai at the age of eighteen and was both a state and national titlist as an amateur before turning professional in 2011 and winning the WBC Muaythai International Super Bantamweight Championship the following year.

A Dutch American, Tiffany van Soest was born in Torrance, California and raised in Riverside, California. The first sport she became involved in was association football at the age of five and later Shōrin-ryū karate at eight. She earned the rank of second degree black belt under Joey Pagliuso at the United States Karate Organization at seventeen but was unable to compete until she was eighteen because her parents wouldn’t let her. When she did start competitive karate, she took multiple titles at state, national and world levels.

Van Soest attend California State University San Marcos where she earned a bachelor’s degree in kinesiology and played on the soccer team for two seasons. She started to do Muay Thai again while still in college and still playing soccer.

Van Soest began fighting in amateur Muay Thai in 2009 and had her first title fight on August 14, 2010 at the San Mateo Event Center in San Mateo, California, challenging IKF Women’s Amateur World Muay Thai Bantamweight (-55.45 kg/122.2 lb) Champion Jenna Castillo for her belt. After what was called the “Fight of the Night”, van Soest lost the challenge to Castillo by unanimous decision on scores of 50-44, 49-45 and 49-45. She soon captured the USMTA Women’s Amateur California Featherweight Championship, however, and then defeated Gabriela Lemus by technical knockout in the second round of their contest in Pala, California on October 2, 2010, to claim the IAMTF Women’s United States Featherweight title. Facing her first foreign opponent, van Soest fought to a draw with China’s Cong Wang in Las Vegas, Nevada on November 16, 2010. 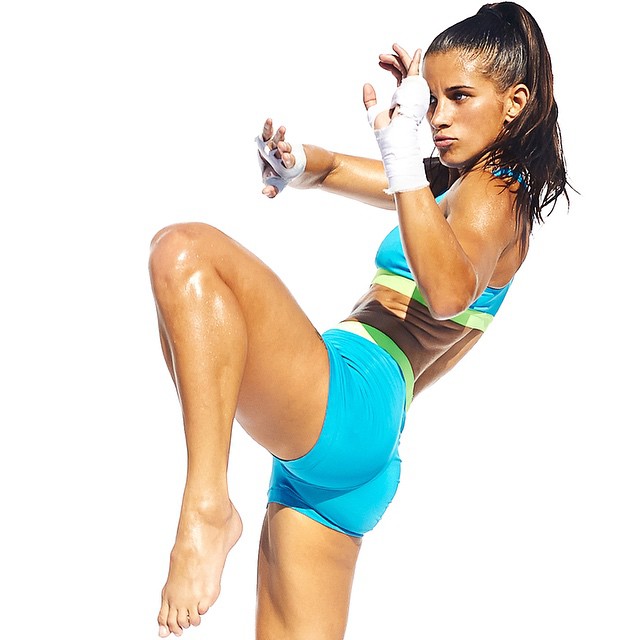 She debuted as an amateur mixed martial artist on February 26, 2011, at the Road to WCK event in Pala where she TKO’d Kate McGray with a combination of a left high kick and standing-to-ground punches early in the second round. She had her first international bout in her second appearance in amateur MMA as she lost to Jin Tang via submission due to a triangle choke inside the first round in Nanning, China on June 18, 2011. The fight is notable for being the first female MMA match to be held in mainland China.

After amassing a record of 10-1-1 as an amateur nak muay, Van Soest turned professional on October 22, 2011, and was initially set to rematch Cong Wang in her pro debut in Las Vegas. However, Wang was unable to compete and replaced by four-time world champion Lena Ovchynnikova. Van Soest won by TKO after Ovchynnikova retired in her corner with a broken hand at the end of round two. The pair were scheduled to rematch on July 21, 2012, in Croatia, but it never came to fruition.

In her sophomore appearance as a pro, van Soest defeated Vivian Leung by unanimous decision at Lion Fight: Battle in the Desert 5 in Las Vegas on February 25, 2012. She then followed this up with another unanimous points victory over Heidi Otterbein at Lion Fight 6 on May 12, 2012.

In just her fourth outing as a pro, she was given the chance to fight for the vacant IKKC Women’s World Super Bantamweight Muay Thai Championship on August 18, 2012, in Pala. Facing Jemyma Betrian after her original foe Hilary Mack pulled out, van Soest and her Dutch-based Curaçaoan opponent put on a back-and-forth “Fight of the Night” display.

Van Soest scored a knockdown with a spinning back fist in the second round, and Betrian was deducted a point in the third for rabbit punching. Despite this, two judges scored the bout a draw and the other in the favour of van Soest, rendering the match a majority draw.

On October 13, 2012, van Soest took the WBC Muaythai Women’s International Super Bantamweight (-55.338 kg/122 lb) title from the previously undefeated Jeri Sitzes at Lion Fight 7 in Las Vegas. After a slow first two rounds, she began taking the lead from the third, scoring with low kicks and punches to take the unanimous decision. Having already fought three times for the organization, she then signed a multi-fight contract with Lion Fight Promotions the following month.

In the co-main event of Lion Fight 8, the promotion’s first event televised nationally, she faced Alexis Rufus on January 25, 2013. It was a closely contested affair up until round four when van Soest rocked Rufus with a high kick before dropping her for good with a right hand. Van Soest was again in the co-main event at Lion Fight 9 on March 15, 2013, as she took a wide unanimous decision over Natalie Yip, who was debuting as a professional.

Tiffany van Soest had no trouble defeating Lucy Payne in a bout for the inaugural Lion Fight Women’s Featherweight (-56.7 kg/125 lb) Championship at Lion Fight 10 in Las Vegas on July 26, 2013. Despite giving up the height and reach advantage, she was able to get inside and hurt Payne, cornering the Englishwoman while landing a flurry of punches and elbows. Payne dropped to a knee, forcing the referee to step in and halt the bout and give Soest the TKO win in round one.

In a non-title affair at Lion Fight 12 in Las Vegas on November 1, 2013, van Soest completely outclassed Magali Foroni. The Frenchwoman offered little to no offense for two rounds until her corner threw in the towel midway through the third.

She rematched Lucy Payne on March 23, 2014 at Lion Fight 15, which was the promotion’s first card outside Las Vegas and held in Ledyard, Connecticut, and used chopping low kicks to slow Payne’s movement en route to winning a unanimous decision. Van Soest defeated Sindy Huyer via TKO fifty-six seconds into round five at Lion Fight 16 in Las Vegas on July 4, 2014. Referee Junichiro Kamijo stopped the bout after van Soest landed a front kick to Huyer’s face, quickly followed with a left hook to the jaw. 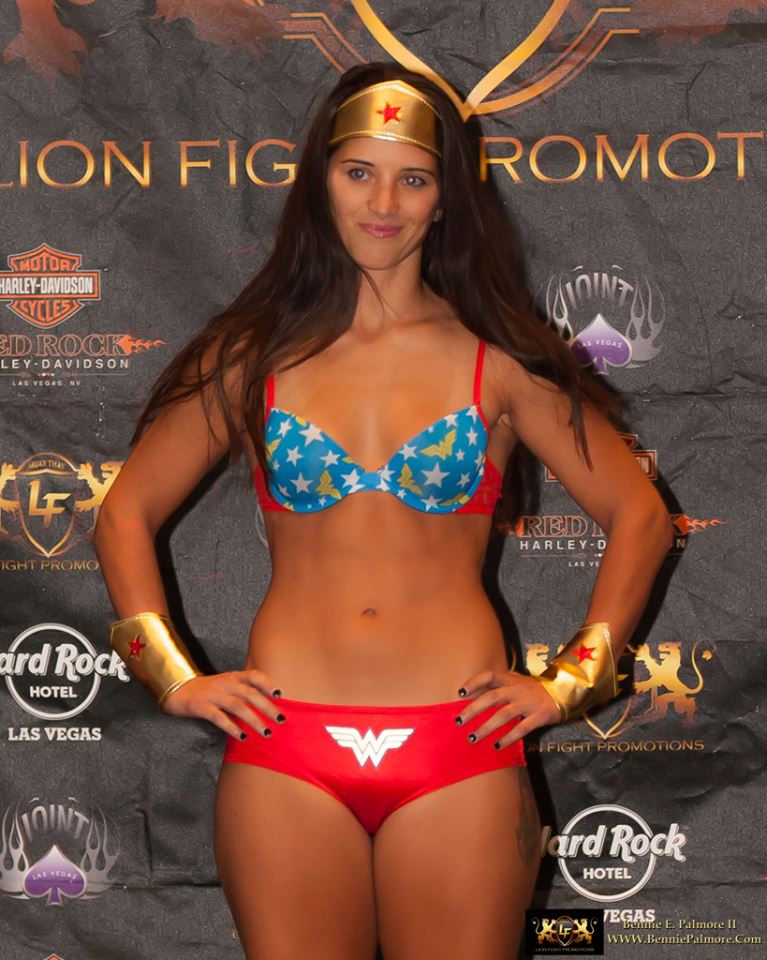