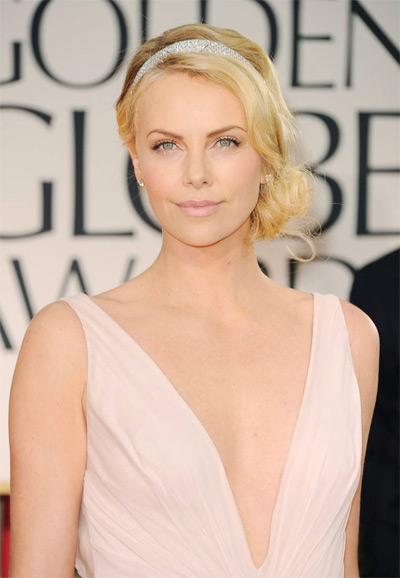 Charlize Theron is a South African and American actress and fashion model. She started her acting career in the United States and rose to fame in the late 1990s following roles in The Devil’s Advocate (1997), Mighty Joe Young (1998), and The Cider House Rules (1999). Theron won the Academy Award for Best Actress, the Golden Globe Award for Best Actress – Motion Picture Drama, the Silver Bear and many other awards for her portrayal of serial killer Aileen Wuornos in Monster (2003), becoming the first South African to win an Academy Award in a major acting category. In recent years she has also moved into the field of producing, both in television and film.

While filming Æon Flux in Berlin, Germany, Theron suffered a herniated disc in her neck, which occurred as a result of her suffering a fall while filming a series of back handsprings. This required her to wear a neck brace for a month. In July 2009, Theron was diagnosed with a serious stomach virus, thought to be contracted while travelling outside the United States. When filming The Road, Theron injured her vocal cords during the labour screaming scenes.

You’ve got to hand it to Charlize Theron. Apparently the South African stunner’s pre-red carpet diet involves watching her plate, literally, eating miniature fairy-sized portions of her favourite foods. Fortunately Theron still treats herself to her favourite treats, such as pizza, cakes and burgers, but goes for teeny-tiny servings of these instead. Talk about willpower! 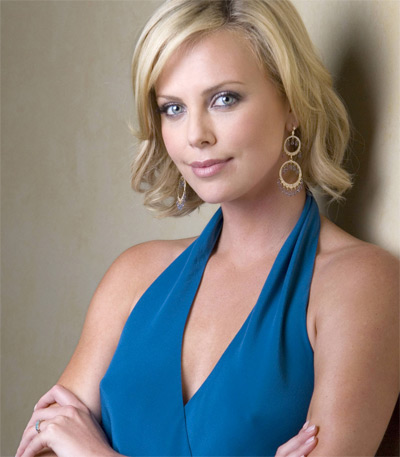 We were hoping this meant fairy-cakes, but apparently Charlize Theron’s diet includes eating teeny-weeny fairy-size helpings of all her favourite foods. So the actress doesn’t ban her favourites (pizza, cakes, burgers) but just goes for really tiny servings of them instead. Props to Charlize for enjoying a balanced diet, but we’re not sure we can face ordering child-size portions just yet.

In 2011, she described her process for becoming the characters in her film:
When I’m figuring out a character, for me it’s easy, since once I say yes to something, I become super-obsessed about it – and I have an obsessive nature in general. How I want to play it starts at that moment. It’s a very lonely, internal experience. I think about the character all the time – I observe things, I see things and file things in my head, everything geared to what I’m going to do. I’m obsessed with the human condition. You read the script and become obsessed with a character’s nature, her habits. When the camera rolls, it’s time to do my job, to do the honest truth. You can’t do that part of the work when you’re in the middle of making the film. At least I can’t.

In 2012, she starred in Ridley Scott’s science fiction film Prometheus. On 7th February 2013 it was announced that Theron was cast as Libby Day, the lead character in the film adaptation of the Gillian Flynn novel Dark Places. The film is to be directed by Gilles Paquet-Brenner, and Theron will also have a producer credit.