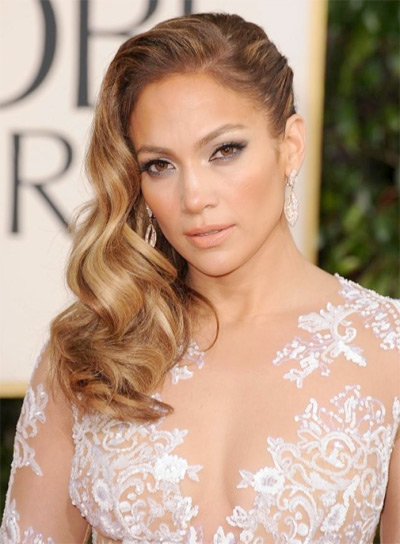 Jennifer Lynn Muñiz is an American actress, dancer, entrepreneur, fashion designer, film producer, philanthropist and singer. She became interested in pursuing a career in the entertainment industry following a minor role in the 1986 film My Little Girl, to the dismay of her Puerto Rican parents, who believed that it was an unrealistic career route for a Hispanic. Following a move from The Bronx to Manhattan, Lopez performed in regional stage productions, before touring with musicals in Europe and Japan. She gained her first regular high-profile job as a Fly Girl dancer on In Living Color in 1991, where she remained a regular until she decided to pursue an acting career in 1993. Lopez received her first leading role in the Selena biopic of the same name in 1997. Following subsequent roles in the films Anaconda (1997) and Out of Sight (1998), she ventured into the music industry in 1999 with her debut studio album On the 6, joining a select few in successfully converting from a film to music.

Lopez is described as a sex symbol and “one of the most desirable women on the planet”. Despite being dubbed a “Bronx Barbie”, Lopez has stated that she has “been trained like a boxer” and knows how to fight. Lopez is noted in the media for her curvaceous figure, in particular her buttocks, and was called “original doyenne of derriere” by Katherine Ormerod of Grazia. A survey by Nutrisystem Diet Index revealed American females want her legs and bottom. In November 1998, Lopez was named “Sexiest Woman of the Year” by Details magazine. She led FHM’s “100 Sexiest Women” list twice, as well as appearing on the list multiple times.

In April 2011, Lopez was named “World’s Most Beautiful Women” by People, on a the 22nd list compiled and published by People of 100 people judged to be the most beautiful individuals in the world. Marianne Garvey of E! Online said Lopez looked “absolutely flawless” on the “spring-inspired” pink and green cover of the issue, while also commenting on her “striking beauty and that gorgeous face”. At first, Lopez’s reaction was feeling “not worthy”, but eventually said she was “happy and proud” that she “wasn’t 25” and a women her age was chosen. She also received praise from multiple celebrities, Kelly Osbourne said “I couldn’t agree more. I’ve met her and she’s stunning”, while American Idol co-worker Ryan Seacrest praised her on his radio show On Air with Ryan Seacrest, stating “I’m proud to work with the most beautiful women in the world”.

They’re touted as one of the best foods to burn fat, but chillies are off the menu for a lot of celebs pre awards season, according to celebrity nutritionist Simone Gloger. “Heat-producing spices such as chipotle, chili and cayenne can cause rosacea flair ups and reddening of the skin – so they’re not so great for your red carpet moment,” Gloger explains. Also on Gloger’s do-not-eat list: dairy. “This food group is one of the hardest for the body to digest, causing bloating, acne and dark circles under the eyes in a lot of people, leaving you less than camera-ready,” she says.

More than 1.5 million French women already swear by the slimming regime devised by nutritionist Dr Pierre Dukan 10 years ago. And over the last decade it has spread by word of mouth, web forum and blog to 20 countries.Now translated into English, it is set to be the bikini diet for the summer.

Jennifer Lopez, an adherent of the Dukan diet, has recently showed off a foxy new figure, two years after becoming mum to twins Emme and Max. Jennifer, 40, said recently: I just remember being pregnant and marvelling at the hugeness of every area of my body. Id stand there naked and look in the mirror from all angles. I did marvel at how my already ample rear end was now humongous!

Explaining her weight loss she said: I worked out a lot. I struggled to get rid of the last 20 pounds. I had to change my eating habits after having the twins. I eat a lot less now than I used to. But I love bread and youre not allowed bread with most diets.

La Lopez is not the only celeb to show off a fabulous new figure. Supermodel Gisele Bundchen, who gave birth to son Benjamin four months ago, has also sprung back into super-slender shape and was even confident enough to wear a clingy, purple dress in Paris earlier this month.

And Jessica Szohr, the star of TV teen drama Gossip Girl, says the diet suits her perfectly because it lets her keep up her daily rhythm of sport, filming and shopping without feeling like shes on a diet. She says: I eat lots of animal and vegetable proteins in the form of meat and soya and I never feel hungry. If I overindulge, I make up for it the following day by exercising or by eating smaller portions. The Dukan diet is structured in four stages. First is the attack phase, a protein-only diet think meat, fish, eggs and non-fat dairy products designed to promote rapid weight loss. Slimmers are also encouraged to drink three litres of water a day. 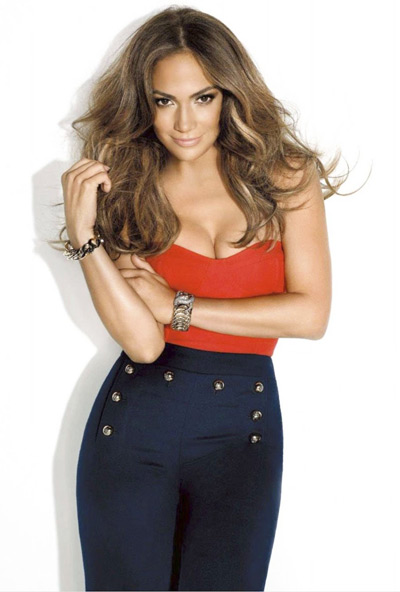 Not only are proteins harder for the body to digest therefore burning more calories but they also help suppress the appetite. By sticking to protein and avoiding carbs, dieters can lose as much as 7lb in five days. If the goal is to lose more they are allowed to continue with the attack phase for up to 10 dayside Dukan also allows dieters to include a tablespoon of oat bran every day which swells in the stomach to cause fullness and also helps ease constipation. After the attack phase, Dukan dieters move to the cruising phase where pure protein days alternate with protein and vegetable days. This is designed to bring an average weight loss of 2lbs per week.

On vegetable days you can enjoy unlimited veggies as well as meat, fish and non-fat dairy products. This phase is kept up until you reach your target weight. Next comes the consolidation phase, designed to prevent the rebound effect that can occur after any rapid weight loss. In it five days of every week are more relaxed. The diet is gradually relaxed with treats such as fruit, bread, cheese and pasta being gradually reintroduced.

To keep temptation at bay Dr Dukan even encourages you to pig out for two meals a week eating whatever you want including alcohol or chocolate. The idea is that no food should be seen as out of bounds as long as everything is in moderation and the basic principles of the diet are followed. During consolidation dieters are not meant to lose weight but they should not gain any either.

The final stage, stabilisation, allows you to eat whatever you like apart from one day a week, preferably a Thursday, when you go back to your protein-only rule. Stick to this simple rule for ever, says Dr Dukan, and you will remain slim. Explaining the thinking behind the diet he says: Calorie-counting does not work dieters brains dont work like that.
Calorie-counting sets quotas and portions but forgets that people are flesh and blood, made up of emotions and instincts. I couldnt stand the idea of putting people on a diet for life there is far too much pleasure to be had in eating!

Dr Dukan, a former neurology medic, started to research his diet after he gave advice to a friend who wanted to lose weight without giving up meat. I told him to eat nothing but protein and drink only water for five days. To the surprise of both men the friend had lost 10lb and then went on to lose a further 6lb in the next five days. Over three decades Dr Dukan put together the achievable diet. In France women everywhere can be seen abstaining from carbs on a Thursday to set themselves up for unrestricted eating for the rest of the week. By sticking to protein one day a week, you can lose 1.5lb to 2lb instantly, says Dr Dukan.
Can you du it? Yes Dukan

Snack: One non-fat yogurt and a turkey slice.

Dinner: Prawns sauteed in herbs and tandoori chicken escalopes or moules mariniere and boiled beef and no-sugar vanilla creme, plus an oatbran pancake.

Attack phase: Lasting from two to seven days. You eat 72 as much as you like protein foods to give your body a jump start
Cruising phase: You alternate protein days with protein and vegetable days to reach your chosen weight with an average weight loss of 2 lbs a week
Consolidation: Prevents the rebound effect that occurs after rapid weight loss. This phase, in which treats are allowed, takes five days for every pound previously lost. For example, if you have shed 8lbs, this stage lasts 40 days.
Stabilisation: Follow the Dukan Diet for one day a week for the rest of your life