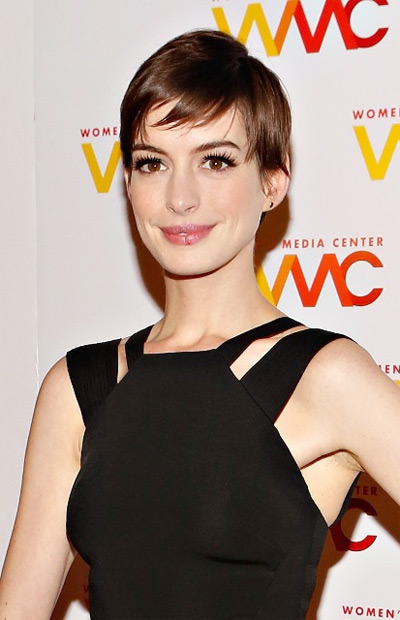 Anne Jacqueline Hathaway is an American actress. After several stage roles, she appeared in the 1999 television series Get Real. She came to prominence after playing Mia Thermopolis in the Disney film The Princess Diaries (2001) and in its 2004 sequel. Since then, Hathaway has starred in dramatic films such as Havoc and Brokeback Mountain, in 2005. She has also starred in The Devil Wears Prada (2006) with Meryl Streep and in Becoming Jane (2007) as Jane Austen.

In 2008, she won several awards for her performance in Rachel Getting Married and received an Academy Award nomination for Best Actress. In 2010, she starred in the box office hits Valentine’s Day, Tim Burton’s Alice in Wonderland, and Love and Other Drugs and won an Emmy Award for her voice-over performance on The Simpsons. In 2011, she had a voice role in the animated film Rio, and starred in Lone Scherfig’s adaptation of One Day. In 2012, she portrayed Selina Kyle in Christopher Nolan’s The Dark Knight Rises and Fantine in Tom Hooper’s Les Misérables. For the latter, she won the Golden Globe Award for Best Supporting Actress – Motion Picture, a Screen Actors Guild Award for Outstanding Performance by a Female Actor in a Supporting Role, a BAFTA Award for Best Actress in a Supporting Role, and is currently nominated for an Academy Award for Best Supporting Actress. People magazine named her one of its breakthrough stars of 2001, and she appeared on its list of the world’s 50 Most Beautiful People in 2006.

In preparation for past red carpet appearances, Anne Hathaway has admitted to occasionally embarking on a strict two-day detox program, which mostly involves sipping on a lemon-based drink four times a day. It helps her “to lighten it up a little bit,” her celebrity trainer David Kirsch said. We only hope Hathaway doesn’t go to such extreme measures at this year’s Oscars or she may topple over – the already petite actress reportedly shed around seven kilos in order to convincingly play the part of Fantine in Les Miserables, cutting back to just 500 calories per day.

Celebrities are very particular about their diets. And for looking good on the red carpet, cleansing has become big business. Anne Hathaway is said to be among the celebrities who have detoxed with the Master Cleanse.

The Master Cleanse, created by alternative health practices guru Stanley Burroughs in 1941, is said to not only detoxify, but also eliminate cravings for cola drinks, alcohol, tobacco and junk food. The cleanse calls for drinking nothing but a lemon juice concoction for several days. The plan also includes a phase-in, which allows the dieter to consume salads, nuts, seeds, juices and broth, and a phase-out, which transitions the dieter to a solid-food plan.

The Drink
The Master Cleanse is a mixture of lemon juice, maple syrup and cayenne pepper that you drink for at least 10 days. Some stay on the cleanse for longer periods of time, sometimes as long as 90 days. No solid food is allowed. 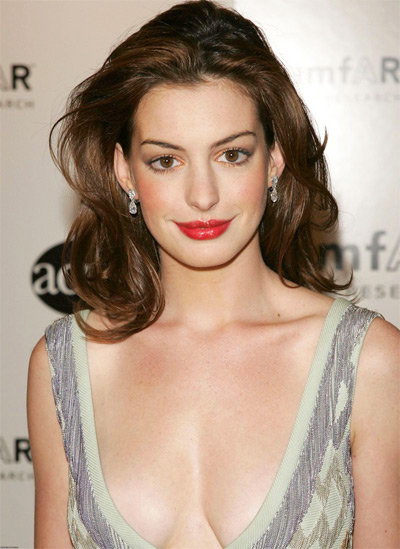 While on the cleanse, do a salt-water flush every morning by adding 2 tsps. of sea salt to a full quart of water. Drink the entire quart. The flush cleans out your digestive system. Next, drink six to 12 glasses of lemon liquid every day.
A single serving of the Master Cleanse consists of the following:

Also drink an herbal laxative tea every evening. Senna tea is recommended. Burroughs said the tea helps to release toxins in the digestive area, making it easier for the salt water to flush wastes from the body.
You can purchase a Master Cleanse kit at your local health food store.

As a client of N.Y.C.-based trainer David Kirsch, Hathaway occasionally does his 48-Hour Detox, which involves ingesting his LemonAid (a concentrate of lemon, maple syrup and cayenne pepper) four times a day—and nothing else! It helps “to lighten it up a little bit,” says Kirsch, adding that she did it before January’s Golden Globe Awards. “Her arms were so well-sculpted, she wore a sleeveless dress that night.”

Diet and exercise
You are not supposed to eat anything during the two days on the LemonAid 48-Hour Detox Diet. You can also consume Kirsch’s Vitamin Super Juice, Thermo Bubbles, water or hot tea. No coffee is allowed. No exercise guidelines are given.

There is no question that David Kirsch knows a thing or two about what it takes to get into tip-top shape. But while his new LemonAid 48-Hour Detox Diet may help you to lose a pound or two in just 2 days, it is nothing else than the Master Cleanse packaged in a bottle and with Kirsch’s name behind it.