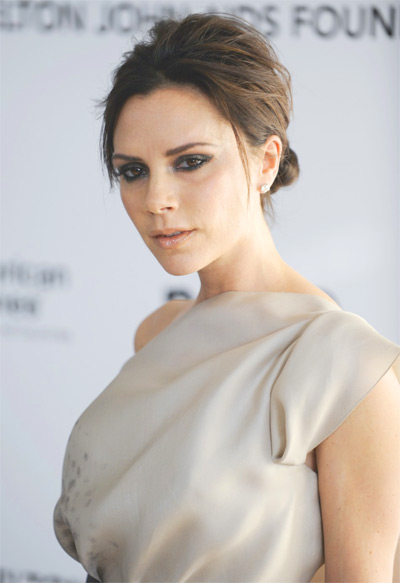 Victoria Caroline Beckham is an English businesswoman, fashion designer and singer. In the late 1990s, Beckham rose to fame with the all-female pop group Spice Girls and was dubbed Posh Spice by the July 1996 issue of the British pop music magazine Top of the Pops. Since the Spice Girls split, she has had a solo pop music career, scoring four UK Top 10 singles. Her first single to be released, “Out of Your Mind”, reached Number 2 in the UK Singles Chart and is her highest chart entry to date. During her solo career, she has been signed to Virgin Records and Telstar Records.
Beckham has found more success as an internationally recognised and photographed style icon. Her career in fashion includes designing a line of jeans for Rock & Republic and later designing her own denim brand, dVb Style. Beckham has brought out her own range of sunglasses and fragrance, entitled Intimately Beckham, which has been released in the UK and the US. In association with the Japanese store Samantha Thavasa and Shiatzy Chen, she has produced a range of handbags and jewellery. In addition, Beckham has released two best-selling books; one her autobiography, the other a fashion guide.

It seems stars are willing to go to any lengths to smooth lines and plump up the skin to perfect their look pre-awards season – but smearing bird poop on their faces? That’s one of the kookier skincare treatments celebrities such as Victoria Beckham, are using to fight ageing. The hour-long Geisha Facial, available at New York Day Spa Shizuka involves applying nightingale bird droppings – imported from Japan – directly to the skin. “Dead skin is removed, skin tone is brighter and you’re left with a radiant look,” salon owner Shizuka Bernstein told Reuters.

Extreme and nastiness facial, who is willing to have face smeared with bird droppings, even though the stakes are beautiful and smooth face. But, this beauty technique is not applicable among Hollywood celebrities. Such as Victoria Beckham, facial with bird droppings have become routine, for its natural beauty secrets.

Some celebrities opt for a bit of Botox or even a chemical peel in an attempt to keep their youthful looks.
But not Tom Cruise, who instead swears that a smearing of bird-droppings on his face is all he needs to stay young.
According to Now magazine, the Rock of Ages star, 49, has told friends that his skin has never looked better thanks to the expensive spa treatment. 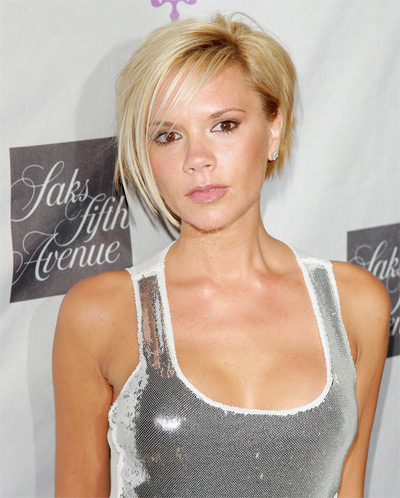 It involves mixing poo from a nightingale with rice bran and water which is then applied as a face mask.
And a source told the magazine: ‘Tom doesn’t go in for Botox or surgery but he does pay close attention to all the new natural treatments.

‘He recently started experimenting with the nightingale poo facial after it was recommended by a Hollywood pal and the results have been fantastic.’

New York beautician Shizuka Bernstein said: ‘The nightingale poo acts as an exfoliant that brings out the dirt and adds shine.’

Japanese nightingale droppings has been used for centuries by geishas and kabuki actors to beautify and cleanse skin and remove make-up. Also known in the west as “bird poop facial”.

Women will do and try anything for the sake of beauty. This latest beauty trend is actually centuries old and just now becoming very popular all over the world.

Nightingale Droppings Facial Mask, yup you heard that right, bird poop. But wait, before you run out and scrape out bird poop off your roof top, listen up! It’s not just any bird poop, it’s Nightingale bird’s droppings, Nightingale birds are rarely seen in seasons other than Spring in Japan. These bird droppings contains natural occurring enzymes called Guanine, dried, purified and using UV light to zap bacteria. The high nitrogen content draws out bacteria from the skin and breaks down dead skin cells more gently than acid peels. Used for centuries by geisha in Japan, the facial is an all-natural way to brighten and smooth the skin. And the result; Exfoliating and Bleaching the skin,…naturally.