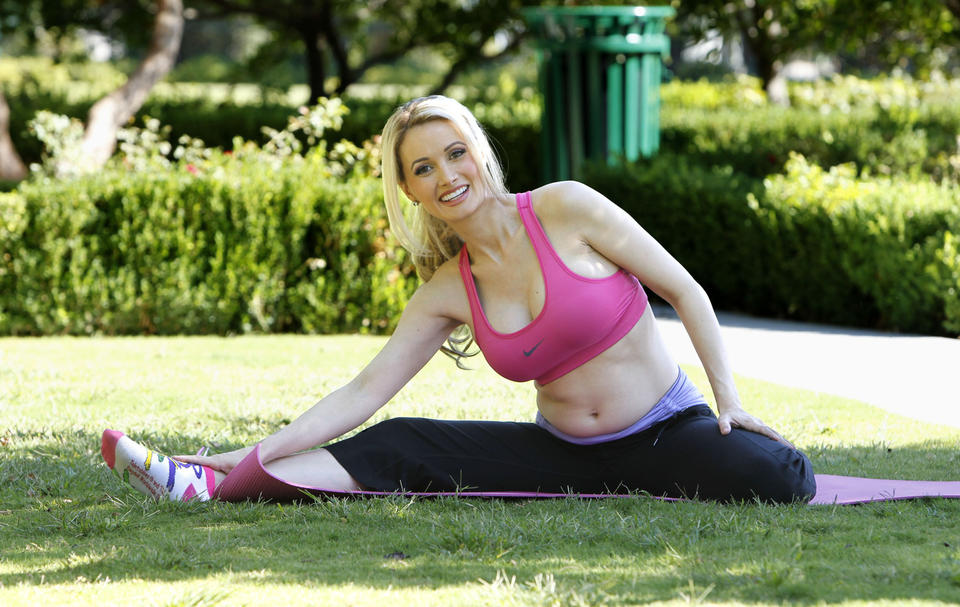 Yoga, one of the world’s oldest practices, has become a catch-fire fad over the past decade — one that is still burning strong.

Holly Madison: To keep her 36D-23-36 figure in tip-top shape, Holly has turned to more relaxed forms of exercise for prenatal health. “I love to workout but I do fun things like hiking and yoga so it doesn’t seem like I’m working out at all,”  says Holly Madison. She is due to have a baby next year and is trying to stay in shape during pregnancy. To do Ustrasana (Camel Pose), start in a kneeling position with the feet hips distance wide. Press all five toes equally into the ground and take the inner thighs back (internal rotation). Place your hands on your sacrum and pull the sacrum down as you roll your shoulders back and lift the sternum. Keep the thighs active and in line with the hips throughout the entire pose. Lift your lower belly to protect the spine and slowly arch backwards, maintaining length in the lumbar spine as you extend. Keep length in the front body. Reach back for the heels. Lift the chest away from the sacrum and let the neck extend back maintaining as much length in the cervical spine as possible. 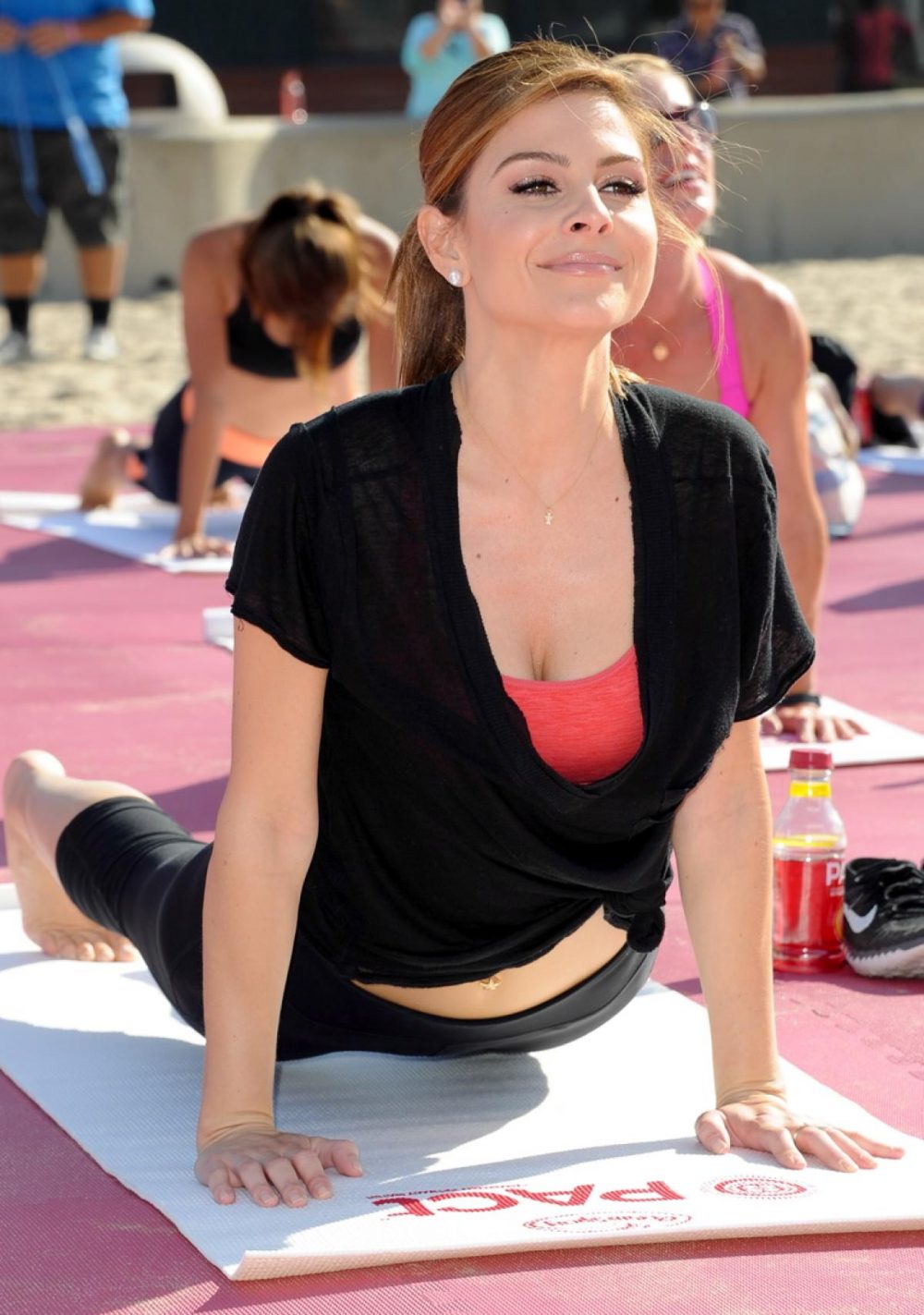 Maria Menounos: She is an American actress, journalist, television presenter and occasional professional wrestler known in The United States for her appearances as a correspondent for Today, Access Hollywood, Extra, and abroad for co-hosting the Eurovision Song Contest 2006 in Athens, Greece. We caught her photograph stretching in the Warrior Pose 1 (Virabhadrasana I).  This yoga pose helps to improve balance and agility and strengthen your legs, back, and arms. It also targets the chest, shoulders, neck, and abdominal area. 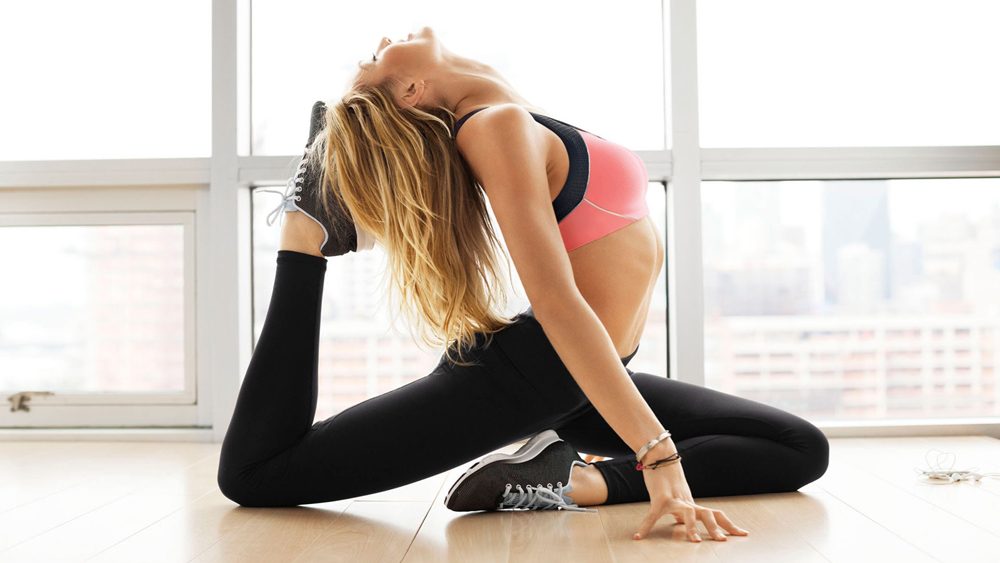 Victoria’s Secret Angel Candice Swanepoel stretches out in yoga asana:  “Yoga is one of my new favourite ways; I just started doing more. It’s nice to just be able to stretch and work on your body but also your mind,” Candice says. In the Downward Facing Dog Pose, you build up strength in the upper arms and you give space and opening in the back, neck, chest, hips and shoulders. If you let your ankles sink nicely to the floor in this Asana, you stretch the calves at the same time. In Yoga, this pose is often used as an exercise in between other exercises, but it is in fact an exercise in itself.