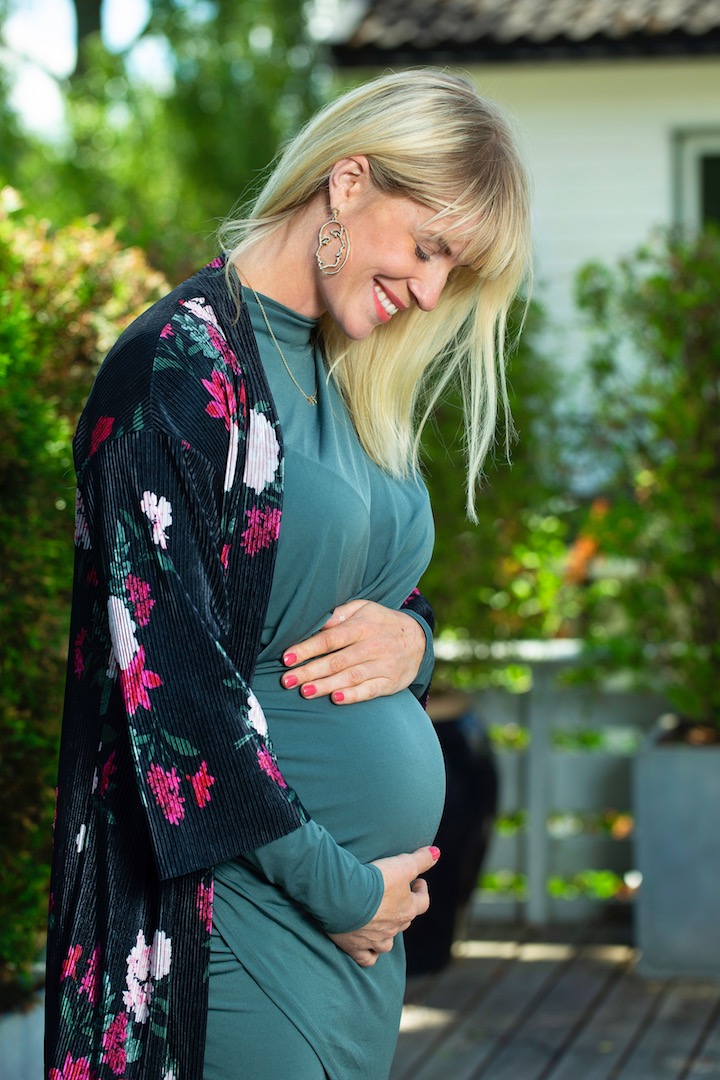 You experienced motherhood for the first time in 2015 , share with us your prenatal & postnatal fitness regime?

In 2015, I become a mother. Let’s just say I had the most easy pregnancy. My body was in such good shape when I got pregnant and I seem to like it that way. I was lucky. I had no idea how hard I could train during labor, but I listened to my body all the way and gave myself no pressure. It was totally okay to skip training but I tried to maintain the workout since I had a dream to come back to sports after birth. The Olympic trial was just months after my due date. So I had a small chance of getting back to this. But I didn’t put on too much pressure, even though I did train really hard and was dreaming big. I promised myself to be a strong mother for my child and being a mum and enjoy it even if I were a “selfish” athlete trying to reach bigger goals.  The only thing I didn’t do during labor was jumping and pole vaulting. My last competition with baby in stomach I jumped 4.20m and I could understand why I felt so tired and weird. But when I figured out I was pregnant all jumps stopped. I wouldn’t let anything happen with my child, and I found it too risky. This was bigger than any sports achievement.

I trained normal track and field training, fitness, weight lifting and running until the day I gave birth. I actually ran stairs 2 days before he came. I found it a little bit hard missing my strong abs, but there are a lot of exercises you still could do even if you don’t have them (the abs). Running also felt great, but by month 8-9 I felt heavy so I stopped sprinting and did some run-walk intervals instead. Furthermore, I loved to run 200m intervals, 30 seconds on, and 30 seconds off.

Becoming mother for the second time must have been challenging? Do share your experience & management skills on becoming a mother and coping with family & sports?

Being a mum and an athlete was pretty hard, especially since I was training when he was sleeping during day time. So it was pretty intense. My boyfriend is a professional long jumper and had his season to take care of, so instead of splitting the baby care I took all the “hard” work. Even then he was a super dad, don’t misunderstand. But being awake so many times during the night was a nightmare. I guess I was a too nice girlfriend, but it just turned out this way and it was something we had planned the whole way to get the best out of our situation.

I didn’t have family or anyone to help me so I always brought the kid with me to practice and even competitions when I started to compete. Then I actually had to ask one of the spectators to help me with him. This was pretty crazy, but it was my only chance to manage to compete. Breastfeeding during training and competitions. haha. (Stopped this when the kid was 7 months since I then lost milk.)

All my sponsors and offers from the Norwegian Federation disappeared when I got pregnant. So I was standing on my own and alone during pregnancy and during my comeback. It felt so unfair, but I’m stubborn and this also gave me more power to prove them all wrong. Being a mother gave me a new view on life and it also gave me new power. I was stronger, faster and jumped higher at training after I gave birth. The only thing that came in my way was the weather. Since I hadn’t competed last season I didn’t get into big competitions. So I had to compete “alone” at kid’s meets in Scandinavia which was a little bit boring and unfortunately not the best weather. I jumped 4.20m then I always put the bar to 4.50m, which was the Olympic mark. I went over, was screaming in air before I saw that the bar also fell slowly down. I didn’t qualify for the Olympics, but I found it bigger to have a son. So it didn’t bother me or make me feel sad. The only thing that annoys me is that I didn’t get the chance to show those who doubted me how good I actually became after all I went through.

I learned a lot about life and I also look at the world differently now than I did before. I love sports but I love my family even more. So my family always comes first. So training has to wait if my son demands it. Being with him means the world. The time I share with them now will never come back, and my son is growing so fast. Before I could stay at the track all day, but now I’m just doing my training and then hurry home. I used to have a plan before, now that plan is impossible to hold. It’s changing all the time, and I just have to live with the process.

Being pregnant for the second time is also harder than my first pregnancy. Since I then just had myself to take care of. Now I’m a full time mum and trying to find time to train and relax. Which is hard. It’s almost time for his little brother to pop out, and the only thing that suddenly reminds me that I’m pregnant is the big belly I have. I keep forgetting that I am actually carrying a child. Time has flown so fast during this pregnancy. But as my first labor this one is pretty easy as well. I am in such good shape. But find it hard to get time for training. Luckily I’m working as a personal trainer and a CrossFit instructor which gives me the possibility to have some extra training. But apart from that it’s harder to achieve a full week of training like before. Work, and all the compulsory things families have to do, fills the time. But as an active family we love doing things together, so I’m still active even if I don’t do track training.