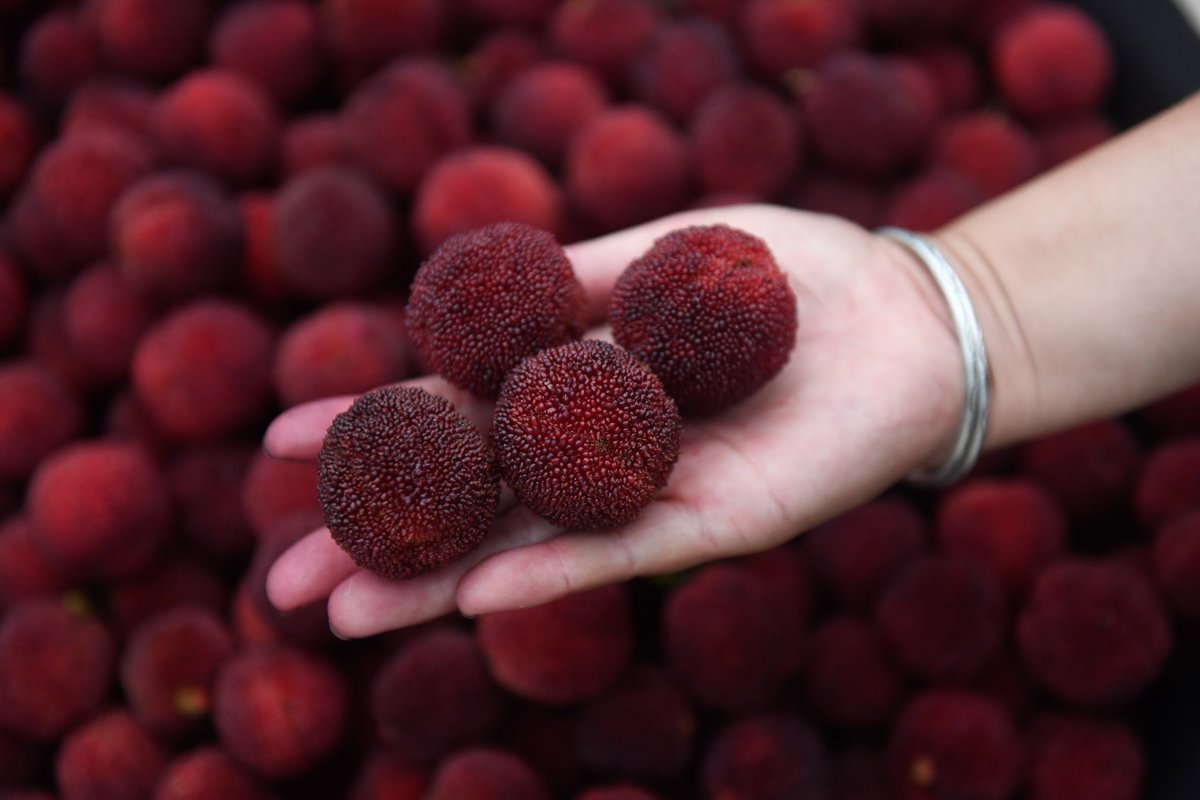 These are native to China and are deep red in color, or in the range from white to purple. These can be eaten as is or used for different purposes like jams, pickles, wine, and juice.

The Chinese bayberry has been growing in China, Japan and Southeast Asia for at least 2000 years. The fruit is one and a half to two and a half centimeters in diameter, with a
round, knobby surface that is usually a deep, bright red color, but may vary from white to purple. The fruit’s pulp is similar in color, but may be somewhat lighter, sweet, and very tart.

Bayberry is one of the most common herbs, which has various health benefits. The American bayberry plant is local to North America and is naturally useful for decorating shrubs in landscaping. This herb has small fruits or berries and these berries are hiding with a film wax that is mainly used for making aromatic candles. This scented wax can also used for making soaps and other likewise products.

A single seed that is about half the size of the fruit is located in the center of the berry. In China, the fruits are traditionally eaten as is. The seeds, leaves, and roots are also commonly used for medicinal purposes and the bark of the tree is used as a yellow dye.

Besides being eaten as is, the fruit is also canned, dried, pickled, juiced, and made into alcoholic beverages like wine. The fruit has a very short shelf life, and often attracts insects.

Soaking the fruit in saltwater can help remove the insects prior to its preparation. Due to the problem with insects however, the preferred form of bayberry consumption is as a juice or wine.

The bayberry is now often referred to as the “yumberry” and production in China has increased dramatically over the last decade. Chinese Bayberry juice products are also being imported to the U.S. from countries where the Chinese bayberry tree commonly grows.

Chinese Bayberries have a good sugar-acid balance and are a source of thiamine, riboflavin, carotene, minerals, dietary fiber, and very high levels of vitamin C. They are also a good source of the same antioxidants (e.g. anthocyanin) that give red wine its health benefits.

Monosaccharides like rhamnose, arabinose, mannose, glucose, and galactose are found in this berry as well as metal ions like calcium, magnesium, potassium, iron, and copper. 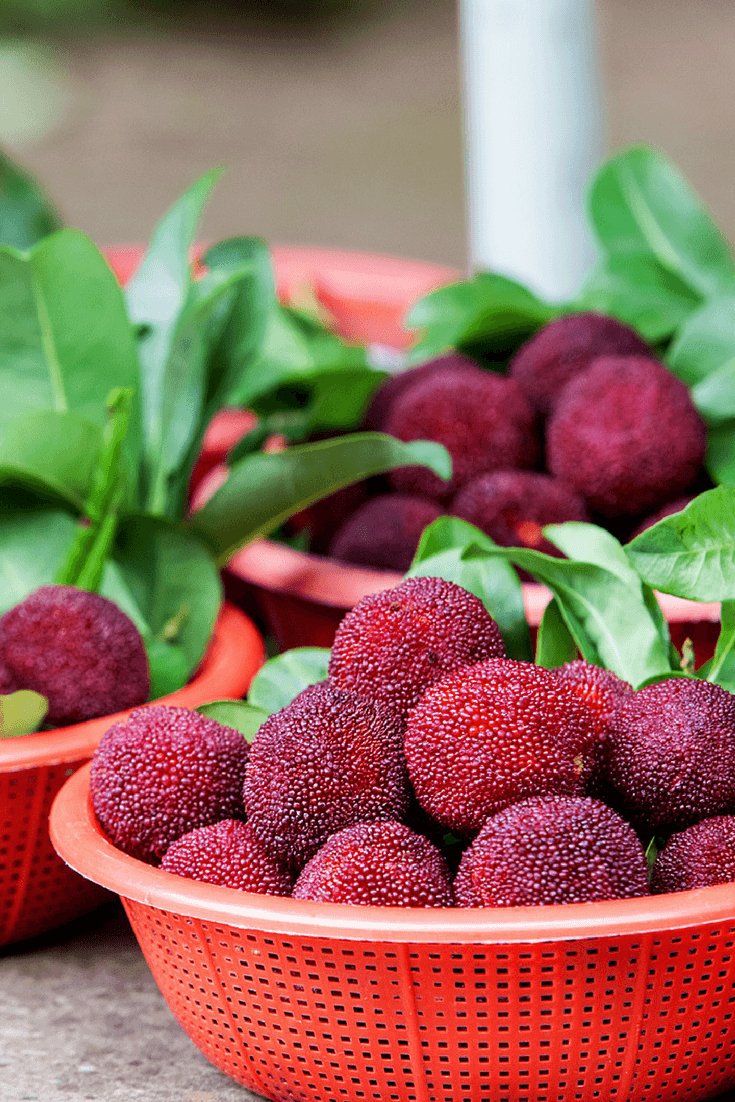 The Chinese Bayberry is unusually rich in oligomeric proanthocyanidins (OPCs), the most powerful class of free-radical-scavenging antioxidants. OPCs are believed to support every metabolic system in the body by protecting it against internal and environmental stresses. Twenty times more powerful than Vitamin C and 50 times more potent than Vitamin E, OPCs are said to defend against cardiovascular diseases, degenerative diseases, and premature aging.

OPCs have also been shown to boost the immune system, lower blood pressure and help lower LDL cholesterol levels. OPCs also increase the strength and elasticity of blood vessels while slowing down the collapse of collagen, keeping skin firm, and inhibit the growth of cancer cells.

This herb is normally used for treating various infections and ailments such as colds, fever, cough, flu and so on. This herb is also very effective for women in reducing the heavy bleeding during the menstruation.

This herb has also proven that it is very beneficial in treating the digestion and also clears the liver from harmful toxins. Bayberry is also very beneficial in provoking the increased circulation.The most essential usage of Bayberry is for the treatment of sinus problem. The herb helps in relieving some of the symptoms associated with sinus such as cold, flu, cough and over-reactive mucous membrane. Traditionally, the bayberry bark root is dried and used as a nasal astringent to shrink and contract the tissues in the sinus cavity and thereby, to dry the secretions.

This herb is also act as astringent which helps you to stimulate the immune system and also provides energy to fight against the bacterial infections. Some parts of this herb can also be applied on the skin to remove the itching.

You can also use the bayberry leaves or powdered root for mouthwash as it has aromatic taste and also reduce the inflammation sores in the mouth.

This herb can also deals with the bad breathe and used as the gargle and also helps you to increase the flow of proper blood circulation.