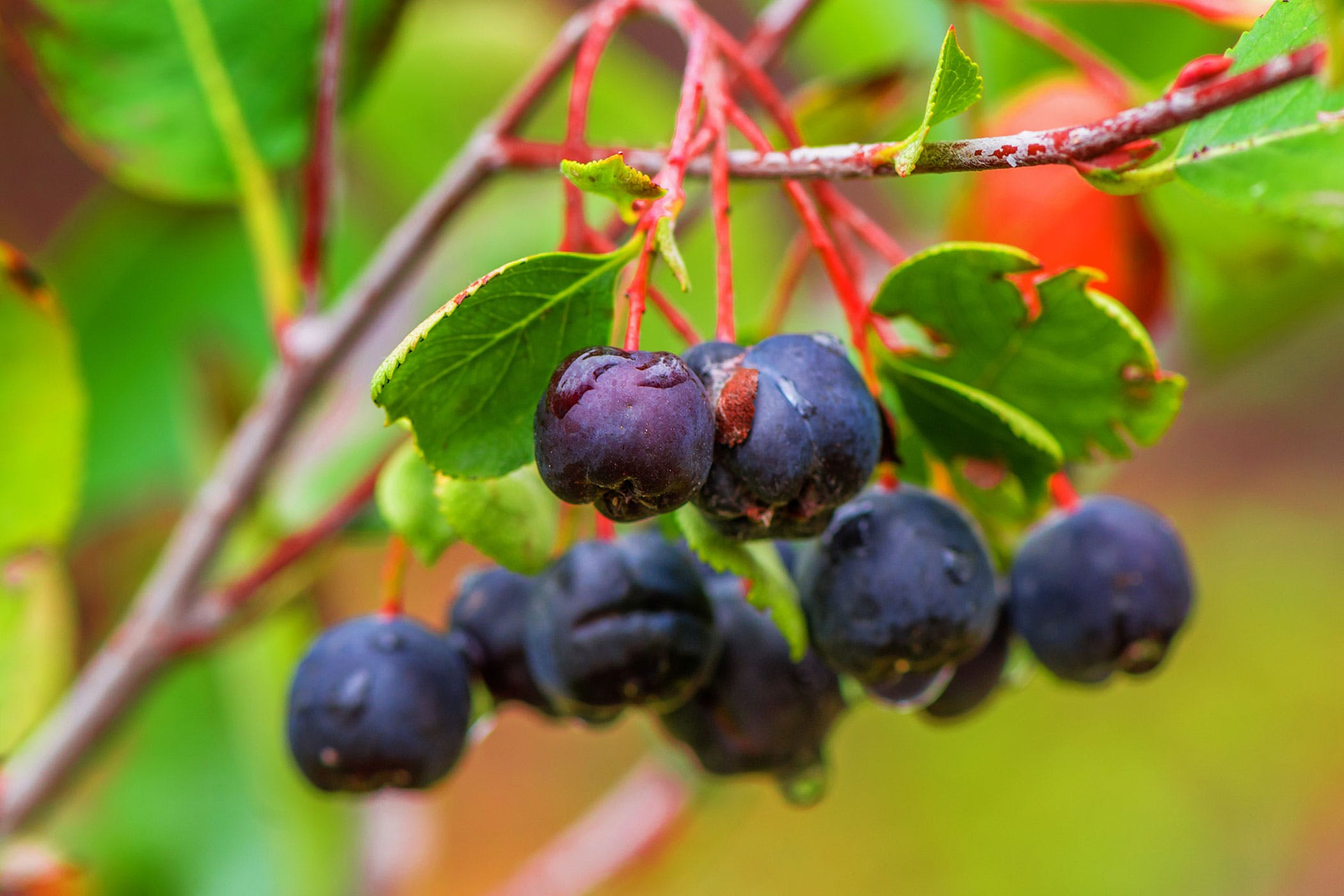 The fruit is a small pome and has a very bitter flavor. There are two species of chokeberries, red chokeberry, and black chokeberry. The purple chokeberry is a hybrid of the two berries listed above. It is used to make juices, jam, wine, etc. It is also used as a flavoring and coloring agent. It is high in vitamin C and antioxidants.

Chokeberry has a mixture of anthocyanins, procyanidins and phenolic acid, and this makes it one of the most potent sources of antioxidants. These antioxidants can prevent free radicals from damaging components in the cells and causing oxidative stress. As such, chokeberry can be used to treat various health problems that are related to oxidative stress, such as cancer, cardiovascular diseases, atherosclerosis, arthritis and certain neurological diseases.

According to a study that was conducted in 2010, the consumption of chokeberry may be effective in the treatment of metabolic syndrome. Metabolic syndrome is a condition that can contribute to high blood pressure, high cholesterol, inflammation and excess fat in the body. In the study, 25 people who were suffering from metabolic syndrome consumed 100mg of chokeberry extract three times a day for a period of two months. Researchers noticed that the subjects’ blood pressure and LDL cholesterol decreased significantly at the end of the study.

There is also a possibility that chokeberry can reduce blood glucose levels, and therefore, it may be beneficial to diabetes patients. In a study that was published in 2002, a number of diabetes patients were given 200ml of sugar-free chokeberry juice everyday for three months. The results showed that the patients experienced a decrease in blood sugar levels.

If you are planning to lose weight, chokeberry is an excellent food choice for you. It contains low amounts of calories and fat, and it has a weight balancing effect on your body. It has the ability to prevent the body from storing too much fat, especially in the region around the abdomen.

Provides Protection for the Eyes

Chokeberry also contains high amounts of flavonoid antioxidants, such as luteins, zeaxanthins and carotenes. It is known that zeaxanthins have the ability to filter harmful ultraviolet rays, and therefore, can protect the eyes from macular degeneration, which usually occurs in elderly people.

Despite the fact that many studies have been conducted on chokeberry, there is still insufficient scientific support to confirm the specific health benefits of the fruit. If you wish to use chokeberry to treat a specific condition, it is advisable that you get approval from your doctor first. Presently, chokeberry extract is sold as a health supplement in many health food stores in the U.S. A powder form of the fruit is also available, and it is widely used for making protein shakes, smoothies and ice cream. 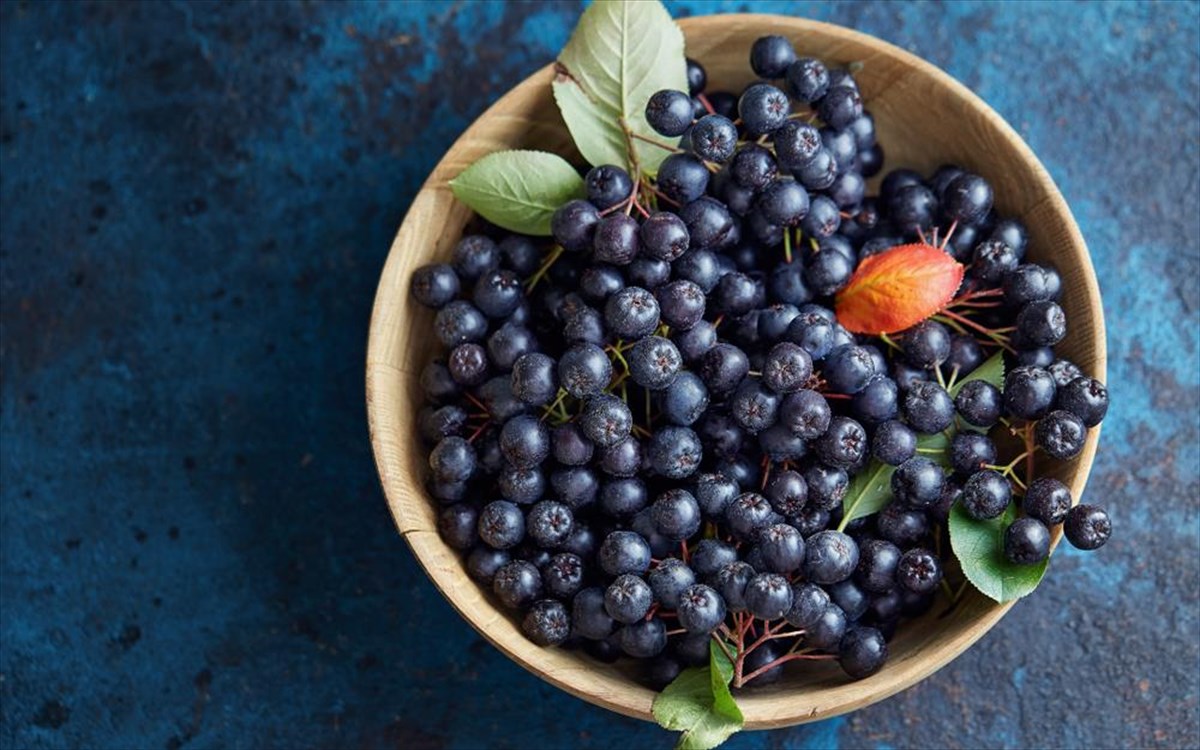 Chokeberries are low in calories and fats. 100 g of fresh berries contain 47 calories. Nonetheless, they are one of the nature’s richest sources of flavonoid anthocyanin antioxidants. In addition, the berries contain handsome levels of minerals, and vitamins, and dietary fiber obtained through their peel.

The oxygen radical absorbency capacity or ORAC (measurement of antioxidant strength of food items) demonstrates chokeberry with one of the highest values yet recorded among berries-16,062 micro-moles of Trolox Equivalents (TE) per 100 g.

Cancer research on anthocyanins where in black chokeberry preparations were first used to inhibit chemically induced cancer in the rat esophagus was found to reduce the disease severity by 30-60% and that of the colon cancer by up to 80%. Effective at both the initiation and promotion/progression stages of tumor development, these berries are a practical research tool and hold a promising therapeutic source, since they contain the highest amount of anthocyanins among native North American berries [J. Agric. Food Chem.

They are also rich in flavonoid anti-oxidants such as carotenes, luteins and zeaxanthins. Zea-xanthin has photo-filtering effects on UV rays and thus protects eyes from age-related macular disease in the elderly (ARMD).

Further, they are an also good source of many antioxidant vitamins like vitamin-C, vitamin A, vitamin E, beta-carotene and folate and minerals like potassium, iron and manganese. 100 g of fresh berries provide about 35% of daily-recommended levels of vitamin C.