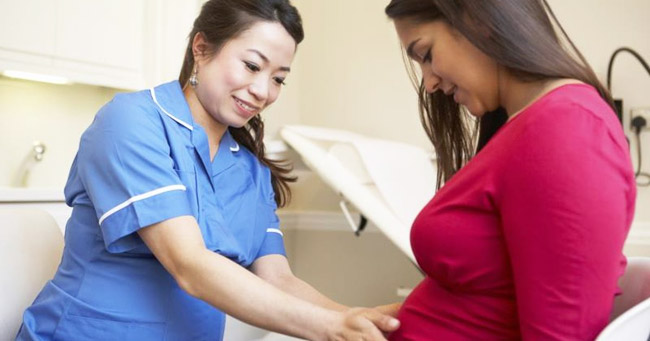 A nationwide study of 2.3 million Israeli adolescents, examined from 1967 through 2010, finds an association between elevated body-mass index in late adolescence, and subsequent cardiovascular mortality in midlife.

Overweight and obesity in adolescents have increased substantially in recent decades, and currently affect a third of the adolescent population in some developed countries. This is an important public health concern because obesity early in life is considered to be a risk factor for death from cardiovascular disease and from all causes in adulthood.

Some studies suggest that an elevated body-mass index is associated with an increased risk of death from cardiovascular causes. However, a determination of the BMI threshold that is associated with increased risk of fatality remains uncertain. (BMI is a calculation of a person’s weight in kilograms divided by the square of their height in meters, to quantify body mass and enable categorization as underweight, normal weight, overweight, or obese.)

In light of the worldwide increase in childhood obesity, Prof. Jeremy Kark and Dr. Hagai Levine from the Hebrew University-Hadassah Braun School of Public Health and Community Medicine, in the Hebrew University of Jerusalem’s Faculty of Medicine, together with Dr. Gilad Twig of Sheba Medical Center and other colleagues in Israel, set out to determine the association between body-mass index (BMI) in late adolescence and death from cardiovascular causes in adulthood.

Their study, which appears in The New England Journal of Medicine, was based on a national database of 2.3 million Israeli 17 year olds in whom height and weight were measured between 1967 and 2010. The researchers assessed the association between BMI in late adolescence and death from coronary heart disease, stroke, and sudden death in adulthood by mid-2011.

The results showed an increase in the risk of cardiovascular death in the group that was considered within the “accepted normal” range of BMI, in the 50th to 74th percentiles, and of death from coronary heart disease at BMI values above 20. The researchers concluded that even BMI considered “normal” during adolescence was associated with a graded increase in cardiovascular and all-cause mortality during the 40 years of follow-up. This included increased rates of death from coronary heart disease, stroke, and total cardiovascular causes among participants.

The rates of death per person-year were generally lowest in the group that had BMI values during adolescence in the 25th to 49th percentiles, although higher rates were observed among those below the 5th percentile.

How might adolescent BMI influence cardiovascular outcomes in adulthood? The researchers considered two possible pathways. First, obesity may be harmful during adolescence, since it has been associated with unfavorable metabolic abnormalities through risk factors such as unfavorable plasma lipid or lipoprotein levels, increased blood pressure, impaired glucose metabolism, insulin resistance, and formation of coronary and aortic atherosclerotic plaques. Furthermore, the timing of exposure to obesity during a person’s lifetime may play an important role. Second, BMI tends to “track’ along the life course so that overweight adolescents tend to become overweight or obese adults, and overweight or obesity in adulthood affects the risk of cardiovascular disease.

“Our findings appear to provide a link between the trends in adolescent overweight during the past decades and coronary mortality in midlife,” said the paper’s senior author, Prof. Jeremy Kark of the Hebrew University-Hadassah Braun School of Public Health and Community Medicine. “The continuing increase in adolescent BMI, and the rising prevalence of overweight and obesity among adolescents, may account for a substantial and growing future burden of cardiovascular disease, particularly coronary heart disease.”