With its intensive colors and many blossoms, the lupine looks like an ornamental plant. Yet, the tall lupine is far too good to be used decoratively as the plant’s seeds contain nutritious proteins. However, it is rather complicated to make lupines edible for humans. 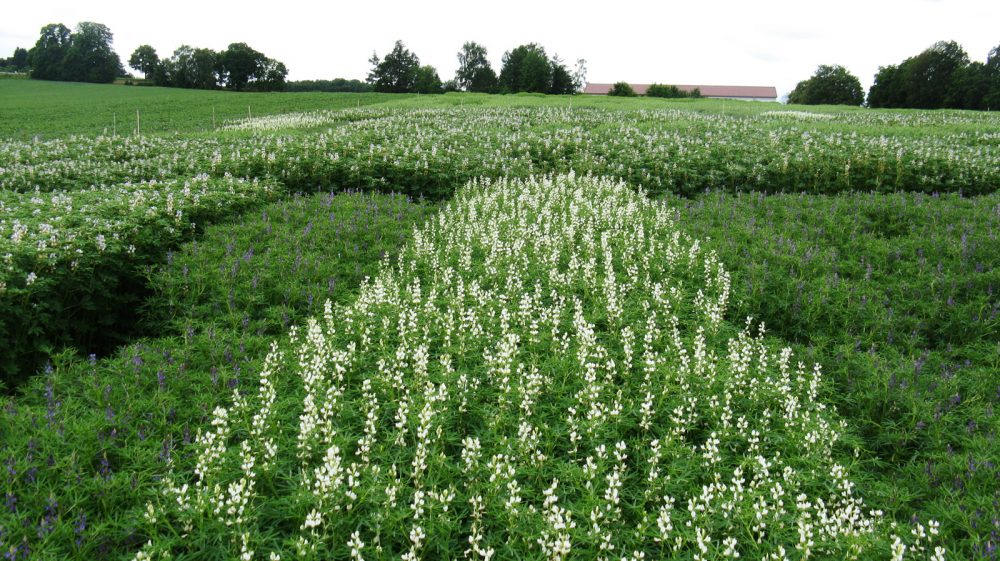 Researchers at the Fraunhofer Institute for Process Engineering and Packaging IVV have now developed a process that uses the lupine seeds as a basis for a protein-containing beverage with a refreshing and sour taste. The institute of brewing and beverage technology at the Technical University of Munich functioned as a cooperation partner and was involved in the project.

However, the plant — a genus of plant from the legume family, which also include beans, peas and peanuts — presented the scientists with a different problem: like all the above-mentioned legumes, it contains phytic acid. This particular acid binds valuable minerals and inhibits enzymes and is therefore difficult to digest.

The protein remains intact, the phytic acid is degraded

The researchers at Fraunhofer have now developed a process that preserves the sweet lupines’ nutritious proteins and reduces the undesirable phytic acid during processing. The scientists rely on a combination of malts and special microorganisms. The latter degrades the phytic acid hydrolytically; with the help of water, so to say. A two-stage mashing and fermentation process is used. The researchers have optimized and adapted this relatively uncomplicated nonetheless delicate process in several places. The result: a lupine extract in form of a paste or powder. This is then the starting point for a wholesome, nutritious and refreshing beverage. Moreover, by using the extract as the basic ingredient for the beverage, the protein content can be adjusted as needed. The lupine extract has a relatively neutral taste, which allows for a wide variety of taste options.

The lupine drink is a good example of how the Fraunhofer IVV works. “We develop and optimize manufacturing processes, combining traditional methods with new ingredients. This allows us to create new, healthy and sustainable foods,” explains Raffael Osen, project manager at Fraunhofer IVV.

A process similar to brewing beer

Anyone who thinks of beer when they hear the terms of malt, mash and fermentation is on the right track. The manufacturing process is similar to beer brewing and uses devices like mashing pans, lauter tuns or fermenting tanks, which every brewery has. Additional large investments are therefore not required. “Even small breweries are able to put heath, sports, and wellness beverages on the market at a low economic risk.” Refreshing as a cold beer, rich in proteins and 100% alcohol free. This lupine beverage is the ideal drink after sports — a refreshing, low calorie and tasty drink straight out of the fridge. It is comparable to a cool whey drink that is carbonated, but is plant-based and thus lactose-free and vegan.

Ecologically conscious consumers can also enjoy this lupine drink without feeling guilty, because the vegetable raw materials are from local growers.

Legumes as a refreshment beverage

The sweet lupine is not the only plant that Fraunhofer researchers are focusing on. Other legumes such as beans and peas could serve as the basis for healthy and protein-rich beverages, too. The manufacturing processes have to be adapted only slightly. “The process is now well established. In the next step, we are trying to apply the process to other raw materials in order to achieve greater product diversity, “says Mr. Osen, project manager. “Especially regional protein-rich plants such as peas or beans have great potential.”

As commercial partners, the companies Wild and Döhler have contributed their know-how to the project. Wild, a company from Heidelberg, Germany, is a specialist for beverage ingredients and has already produced a fruit-based lupine drink with mango and apple flavor. Döhler supported the project through their expert advice as well as the analysis of the intermediate and final products.

Regional breweries such as the Riedenburger brewery and the Lammsbräu brewery from Neumarkt, Germany, have also accompanied the project with their expertise. The project is funded by the German Federal Ministry of Economics and Energy and the Allianz Industrial Research.

However, those who come up with the idea of snacking on sweet lupine during a summer hike must be warned. Wildly growing lupines contain toxic bitter substances. It is better to wait for the first lupine drink from the local brewery to arrive at a store near you.