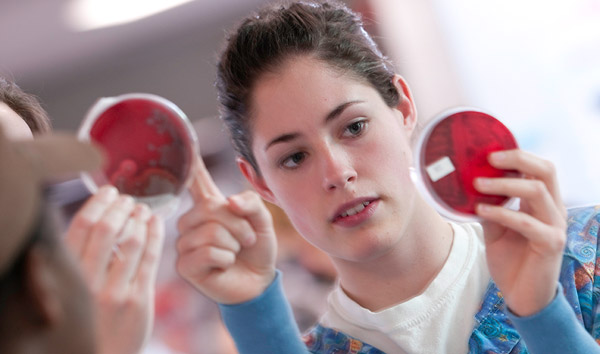 Researchers are getting closer to learning how to turn white fat cells into brown fat cells, in a process called “beiging,” to bring down blood sugar levels and fight diabetes. The team, led by Joseph Baur, PhD, an assistant professor of Physiology in the Perelman School of Medicine at the University of Pennsylvania published their findings this month in the journal Diabetes.

“Beiging of white fat could be harnessed to fight diabetes by burning excess calories to cause a decrease in blood sugar,” Baur said. “Our work suggests that activation of the mTOR pathway plays a critical role in this process.” Induction of beige fat cells is considered a promising strategy to combat obesity because of this cell type’s ability to metabolize glucose and lipids, dissipating the resulting energy as heat.

Brown and white fat cells, or adipocytes, play different roles in the body. While white adipocytes store energy as large fat droplets, brown adipocytes contain smaller fat droplets and are specialized to burn fat to produce heat. To do this brown adipocytes are packed with the powerhouses called mitochondria that contain iron, which gives them their brown color. In fact, babies are born with brown fat along the upper back and shoulders to keep warm.

In adult humans, the recent discovery of brown fat “depots” is also associated with lower body weight. Brown-like fat cells, called beige adipocytes, also appear within white fat deposits in response to cold and other signals. The energy balance within the body is influenced by brown and beige adipocytes, which are stimulated into action by cold temperatures and other signals to burn fat and carbohydrates.

The primary tool used in these studies was rapamycin, a drug that inhibits the protein mTOR (mechanistic target of rapamycin), which can be found in two distinct protein complexes. It was first discovered as a byproduct of Streptomycin hygroscopicus, a bacterium found in a soil sample from Easter Island, an island also known as Rapa Nui, hence the name. Rapamycin is currently used as an immunosuppressant in organ transplant, but has recently attracted attention when it was discovered to extend lifespan in mice.

Interestingly, in 2012, Baur’s lab discovered that rapamycin also causes insulin resistance due to its ability to inhibit both arms of the mTOR signaling pathway controlled by the protein complexes mTORC1 and mTORC2. They showed in an animal model that these two arms could, in principle, be separated to dissect which pathway controls longevity versus endocrine effects.

In terms of physiology, mTOR signaling is involved in the control of blood sugar and cholesterol levels, and its inhibition increases the risk of diabetes. While previous studies suggested that mTORC1 inhibition would promote beiging of white fat cells, Baur’s present work supports the notion that mTORC1 activity is actually required for cold-induced beiging of white fat cells. If activating mTORC1 directly can bring about the same result, then this approach could potentially be applied to combat diabetes.

In the Diabetes study, the team shows that rapamycin blocks the ability of cold or drugs that activate a specific neurotransmitter pathway to induce the appearance of beige fat cells. Accordingly, rapamycin-treated mice are cold-intolerant and fail to maintain body temperature and weight when moved to a colder environment.

The findings demonstrate a positive role for mTORC1 in the recruitment of beige fat cells to white fat depots, which could explain some of the negative metabolic effects of mTOR inhibition.

“Our study highlights the complex interconnection between mTOR signaling and metabolism,” said first author Cassie Tran, PhD, a postdoctoral fellow in the Baur lab. “It will be critical in moving forward to determine the specific targets downstream of mTOR that are causing the negative metabolic effects in order to create better drugs and one day drugs that might also extend heathspan. The discovery of a critical signaling pathway for beige-fat formation also suggests the opportunity to target this pathway to therapeutically increase the number of heat-producing cells in obese or diabetic patients.”

The study done by University of Pennsylvania School of Medicine.