Scientists have long thought that calcium transport into mitochondria — the powerhouses of cells — is a key signal linking cardiac workload, or how hard the heart pumps, with energy production. Studies at the Lewis Katz School of Medicine at Temple University (LKSOM) and elsewhere have shown the importance of this pathway during stress, but they have also questioned the dogma that mitochondrial calcium exchange is necessary for normal cardiac function. Now, in a major breakthrough, LKSOM researchers show that the exit of calcium from mitochondria serves a critical role in heart function and may represent a powerful therapeutic approach to limit heart disease. 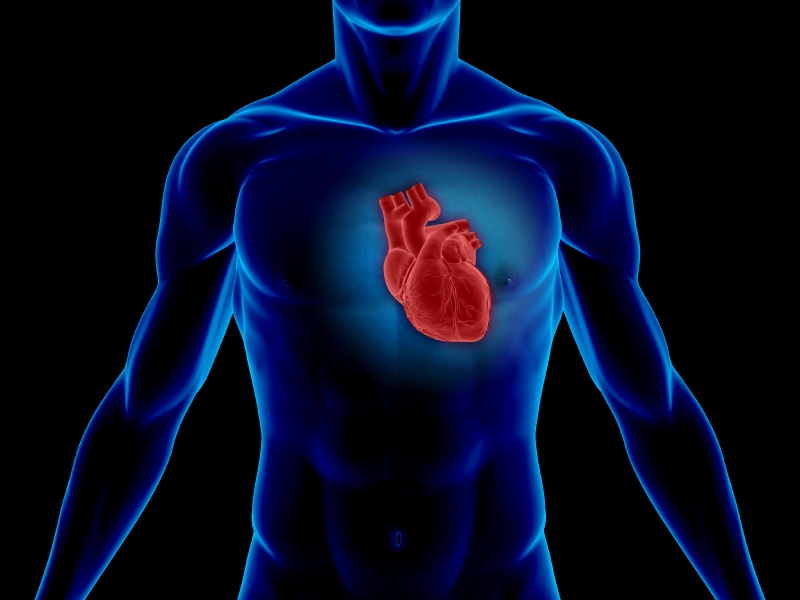 Using a newly developed mutant mouse model, researchers led by John W. Elrod, PhD, Assistant Professor in the Center for Translational Medicine at LKSOM, and senior investigator on the new study, demonstrate that a mitochondrial transporter encoded by the gene Slc8b1 (referred to as the mitochondrial sodium-calcium exchanger, or NCLX) is necessary for proper heart function. Without NCLX, animals suffer sudden death. The study, published online April 26 by the journal Nature, is the first to look at the necessity of mitochondrial calcium efflux in living animals.

To circumvent possible alternative mitochondrial calcium uptake pathways, Dr. Elrod and colleagues developed a conditional knockout mouse model, in which the NCLX gene was deleted after treatment with the drug tamoxifen, enabling mice to reach adulthood before the knockout was induced.

“By deleting NCLX, we were able to determine the necessity of mitochondrial calcium efflux,” Dr. Elrod said.

When the gene was switched off in adult mice, the animals began to suddenly die from massive heart failure. Examination of cardiomyocytes from the animals revealed swollen and dysfunctional mitochondria, a sign of mitochondrial permeability transition pore (MPTP) activation, a mechanism known to be activated by calcium overload and to induce cell death. By genetically inhibiting MPTP activation, the researchers were able to rescue the NCLX knockout mice from death and prove the essential nature of mitochondrial calcium exchange in the heart.

“Targeting NCLX was effective in preventing cardiomyocyte death and maintaining heart function during the progression of heart failure,” Dr. Elrod said. “Our findings suggest that mitochondrial calcium efflux is a promising therapeutic target, with the potential to lessen the severity of cardiac disease states.”