Researchers at University of California San Diego School of Medicine have identified a previously unknown mechanism that helps fortify the structure and tight junctions between epithelial cells — a basic cell type that lines various body cavities and organs throughout the body, forming a protective barrier against toxins, pathogens and inflammatory triggers. Breaches of this barrier can provoke organ dysfunction and development of tumors. 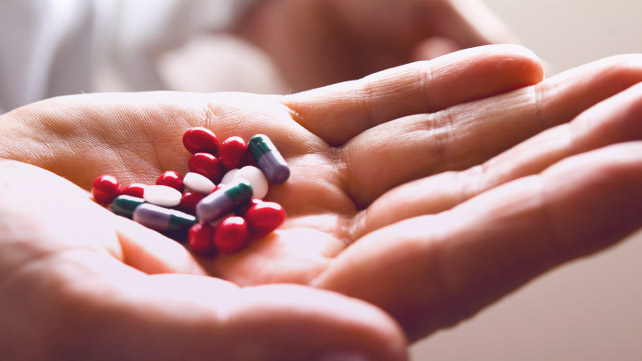 The findings, published online in the current issue of eLife by senior author Pradipta Ghosh, MD, professor in the departments of Medicine and Cellular and Molecular Medicine at UC San Diego School of Medicine, and colleagues, helps illuminate why the widely prescribed anti-diabetic drug Metformin has repeatedly been shown to not only protect epithelial integrity in the face of stressors like inflammation, sepsis, hypoxia and harmful microbes, but also appears to prevent cancer.

Virtually all cell types possess cell polarity — the asymmetrical organization of their components and structures that makes it possible for them to carry out specialized functions. In epithelial cells, polarity determines how they form barriers. Loss of epithelial polarity impacts organ development and function and can initiate cancers.

The stress-polarity pathway, discovered and described in 2006 and 2007, is a specialized pathway mobilized only during periods of stress. It is orchestrated by a protein-kinase called AMPK that protects cellular polarity when epithelial cells are under energetic stress and an activator of AMPK called LBK1.

“The latter is a bona fide tumor suppressor,” said Ghosh. Mutations in LBK1 have been linked to cancers and loss of cell polarity. While the question of exactly how the energy-sensing LKB1-AMPK pathway maintains cell polarity during stress remained unknown for more than a decade, evidence accumulated that Metformin, an activator of the LKB1-AMPK pathway and a frontline treatment for type 2 diabetes, has beneficial effects on the epithelial lining and can potentially prevent cancer.

The new research, said Ghosh, provides “mechanistic insights into the tumor suppressive action of Metformin and the LKB1-AMPK pathway at a higher resolution.” Specifically, she and colleagues discovered that the stress-polarity pathway requires a key effector of AMPK — a protein called GIV/Girdin.

In cultured polarized epithelial cells, the authors demonstrated that AMPK and its activator Metformin exerted much of their beneficial effects via phosphorylating GIV and directing GIV to the tight junctions of the epithelial layer. Without such phosphorylation and/or targeting, the beneficial effects of AMPK, and its activator Metformin, were virtually abolished and the epithelial barrier became “leaky” and eventually collapsed. Mutants of GIV found in colon cancer that specifically abolish AMPK’s ability to phosphorylate GIV could trigger tumor cell growth in 3D matrigel.

“In summary, by identifying GIV/Girdin as a key layer within the stress-polarity pathway we’ve peeled another layer of the proverbial onion,” Ghosh said. “In the process, we’ve provided new insights into the epithelium-protecting and tumor-suppressive actions of one of the most widely prescribed drugs, Metformin, which may inspire a fresh look and better designed studies to fully evaluate the benefits of this relatively cheap medication.”