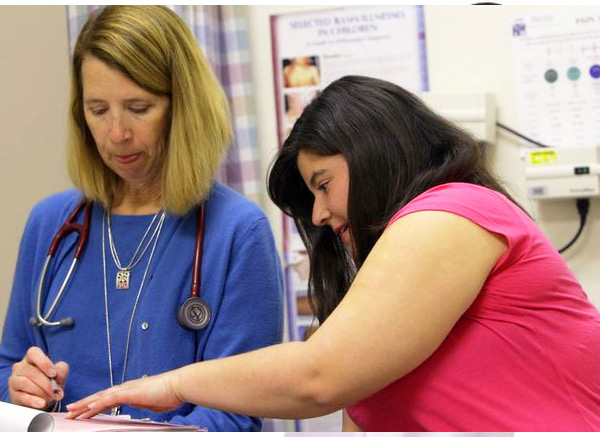 A new NPR/Robert Wood Johnson Foundation/Harvard School of Public Health poll was released today on the views of Latinos in America about their health and health care, communities, financial situation, and discrimination in their lives. The poll found that Latinos see diabetes as the biggest health problem for their own families.

“These findings are surprising,” said Robert J. Blendon, Sc.D., Richard L. Menschel Professor of Health Policy and Political Analysis at the Harvard School of Public Health. “Previous polls have shown that Latinos see cancer as the most important health problem facing the country. But when asked about their own families, Latinos cite diabetes as the biggest problem.”

The poll reports on the views and experiences of all Latinos, as well as six separate Latino groups: those of Mexican, Puerto Rican, Cuban, Dominican, South American and Central American heritage. This focus allows examination of the results by different Latino heritage groups. Also, the poll examines the views of Latinos born in the United States and those born in other countries.

Researchers have long cited diabetes as a threat for the nation’s Latino population. According to the Centers for Disease Control and Prevention, Hispanic adults are 1.7 times more likely than non-Hispanic white adults to have been diagnosed with diabetes by a physician, and 1.5 times more likely to die from diabetes.

Among Latinos who have received medical care during the past twelve months, about one in five (19%) rate the health services they received as fair or poor. Among Latino groups, those reporting care was fair or poor range from 24% among Latinos of Mexican heritage to 7% among those of Cuban ancestry.

Over half of all Latinos (52%) are not confident that they would have enough money or health insurance to pay for a major illness.

When asked to rate aspects of their communities, significant numbers of total Latinos give low ratings in several areas. Four in ten Latinos (40%) report that the quality of available housing in the area where they live is fair or poor. Over a third of all Latinos rate the public transportation system (36%), availability of recreational facilities for exercise and sports (36%), and safety from crime (34%) in their communities as fair or poor. Three in ten rate the cleanliness of the streets and maintenance of public areas as fair or poor (30%), and about one in four rate the availability of preventive services (27%) and the quality of emergency services, such as police, fire, and ambulance (23%), as fair or poor.

Among Latino groups, there is some variation in evaluation of different aspects of their communities. For example, fair or poor rating for the cleanliness of the streets and maintenance of public areas ranged from 19% among Latinos of Cuban heritage to 39% among those of Puerto Rican ancestry, while fair or poor ratings for the quality of emergency services ranged from 8% among Latinos of Cuban ancestry to 26% among those of Mexican heritage.

The study done by Harvard School of Public Health.