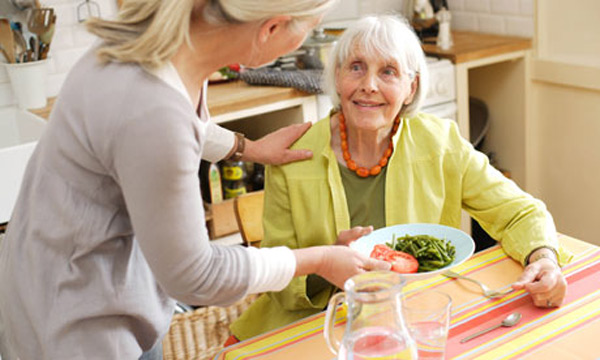 Dietary fatty acids affect the development and progression of autoimmune chronic-inflammatory diseases such as multiple sclerosis. In a collaborative study between the Departments of Neurology at the Ruhr-Universität Bochum (St. Josef-Hospital) and the Friedrich Alexander Universtiy Erlangen, researchers now found that long-chain fatty acids promote the development and propagation of CNS reactive immune cells in the intestinal wall. On the contrary, short-chain fatty acids promote the development and propagation of regulatory cells in the immune system. Prof Dr med. Aiden Haghikia and Prof Dr med. Ralf Linker published their results in the current edition of the journal Immunity.

Intestinal bacteria play a significant role in health and disease

The research focus within the medical community has increasingly centered on the human intestine and its bacterial population, the so-called microbiome, especially in neurological disorders such as multiple sclerosis. Here, cumulative evidence suggests a considerable influence of the intestinal microbiome on disease emergence and progression. The interaction between intestinal contents and the immune system is influenced by different factors. In particular, diet as an integral part of daily life and the most evident environmental factor has drastically changed in industrialised nations.

In the current study, researchers demonstrated in both the cell culture dish and in an experimental model, that long-chain fatty acids, such as lauric acid, promote the development and propagation of inflammatory cells in the intestinal wall. On the contrary, short-chain fatty acids, first and foremost propionic acid (or its salt propionate), lead to the development and propagation of regulatory cells of the immune system in the intestinal wall. These cells have the capacity to regulate excessive inflammatory responses and autoreactive immune cells.

Interestingly enough, the researchers did not observe any effects of dietary fatty acids once the intestine was entirely germ-free. This suggests that the intestinal microbiome is directly involved in the mechanism of fatty acid action. Further experiments showed that it is rather the metabolic products of the microbiome than a single bacterial strain which is holds responsible for the observed effects.

Today, researchers assume that autoimmune diseases like multiple sclerosis are caused by an imbalance between weakened regulatory and pro-inflammatory autoimmune mechanisms. Still, the large majority of approved immunotherapies aims at weakening or blocking pro-inflammatory components of the immune system. By strengthening regulatory pathways, for example by using propionate as a supplement to established drugs, therapies could be further optimised. The researchers from Bochum and Erlangen now plan to employ the gained insights to develop innovative dietary add-on therapies to established immunotherapies in multiple sclerosis.

The study done by Ruhr-Universitaet-Bochum.