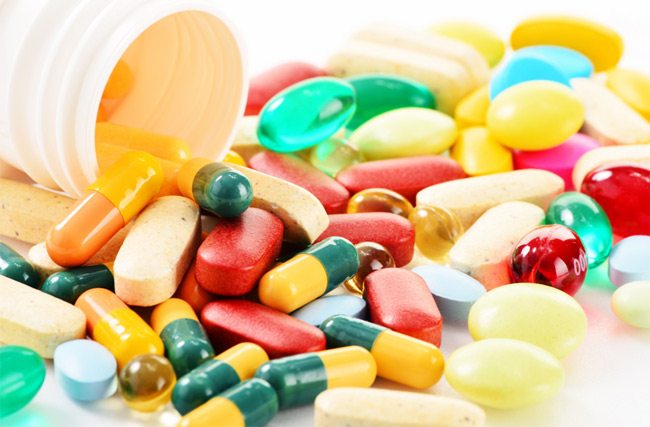 A dietary supplement containing a blend of thirty vitamins and minerals — all natural ingredients widely available in health food stores — has shown remarkable anti-aging properties that can prevent and even reverse massive brain cell loss, according to new research from McMaster University.

It’s a mixture scientists believe could someday slow the progress of catastrophic neurological diseases such as Alzheimer’s, ALS and Parkinson’s.

“The findings are dramatic,” says Jennifer Lemon, research associate in the Department of Biology and a lead author of the study. “Our hope is that this supplement could offset some very serious illnesses and ultimately improve quality of life.”

The formula, which contains common ingredients such as vitamins B, C and D, folic acid, green tea extract, cod liver oil and other nutraceuticals, was first designed by scientists in McMaster’s Department of Biology in 2000.

A series of studies published over the last decade and a half have shown its benefits in mice, in both normal mice and those specifically bred for such research because they age rapidly, experiencing dramatic declines in cognitive and motor function in a matter of months.

The mice used in this study had widespread loss of more than half of their brain cells, severely impacting multiple regions of the brain by one year of age, the human equivalent of severe Alzheimer’s disease.

The mice were fed the supplement on small pieces of bagel each day over the course of several months. Over time, researchers found that it completely eliminated the severe brain cell loss and abolished cognitive decline.

“The research suggests that there is tremendous potential with this supplement to help people who are suffering from some catastrophic neurological diseases,” says Lemon, who conducted the work with co-author Vadim Aksenov, a post-doctoral fellow in the Department of Biology at McMaster.

“We know this because mice experience the same basic cell mechanisms that contribute to neurodegeneration that humans do. All species, in fact. There is a commonality among us all.”

In addition to looking at the major markers of aging, they also discovered that the mice on the supplements experienced enhancement in vision and most remarkably in the sense of smell — the loss of which is often associated with neurological disease — improved balance and motor activity.

The next step in the research is to test the supplement on humans, likely within the next two years, and target those who are dealing with neurodegenerative diseases. The research is published online in the journal Environmental and Molecular Mutagenesis.