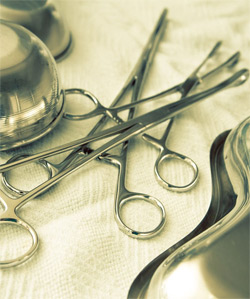 In 2013, there were more than 15 million cosmetic procedures performed in US. As these methods become more common, many people are looking for ways to save a buck. But doing it yourself, isnt the answer!

You dont have to look hard to find them. From creams to fillers to Botox, there are plenty of websites that promise to save you money.

Clinical Professor at UCSF, Richard Glogau, MD, told Ivanhoe, I think a lot more people are shopping on the net for everything.

The idea that people can get their hands on these materials and then have their friends inject them is horrifying to me, Glogua told Ivanhoe.

Glogaus patient ordered a facial filler online, but it actually contained fiberglass and caused a serious reaction. She had to have part of her face cut out and now has permanent scarring.

Another woman who made national headlines had a friend inject her buttocks with what she thought was silicone. She almost died from a staph infection and had to have her hands, feet, and part of her buttocks amputated.
Theres just no control on whats going on, Glogaus told Ivanhoe.

Glogau says never order a product online and never try to inject it yourself. If youre considering a procedure, have a doctor do it. Make sure your physician has board qualifications. You can check the American Board of Medical Specialties web site to find out.

I just cant imagine putting your face in somebodys hands without doing that kind of homework, Glogau told Ivanhoe.

And remember you might save a little now, but you could pay later!

Glogau also says a big problem is its very hard to trace the companies that perform these scams. Hes heard of women ordering fillers only to receive mineral oil or silicon products used in cars.