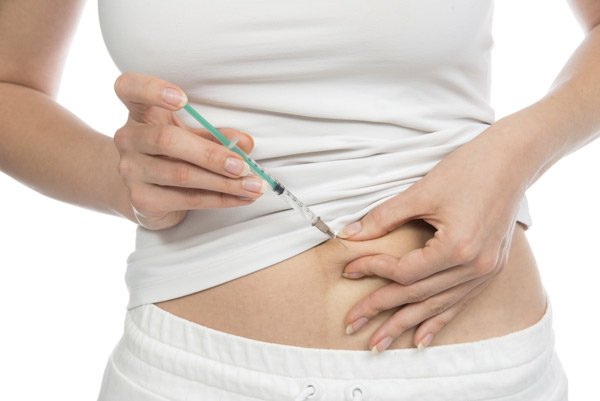 In a study published in Molecular Metabolism, a SLU researcher has found that adropin, a hormone that regulates whether the body burns fat or sugar during feeding and fasting cycles, can improve insulin action in obese, diabetic mice, suggesting that it may work as a therapy for type 2 diabetes.

According to the American Diabetes Association, 29.1 million Americans have diabetes, while 86 million Americans age 20 and older are thought to have a ‘pre-diabetic’ condition that includes increased fasting glucose and/or “impaired glucose tolerance.” The numbers have been growing along with the country’s obesity epidemic.

Type 2 diabetes, which accounts for the vast majority of cases of diabetes, occurs when a person’s cells quit responding correctly to insulin, a condition called insulin resistance. When insulin does not do its job properly, glucose builds up in the blood and is unable to be used by cells. Over time, continuous increases in insulin and blood glucose can produce toxicity that can lead to nerve, eye, kidney or heart damage, as well as hardening of the arteries that, in turn, can cause heart attacks or stroke.

“Adropin is a poorly understood hormone,” Butler said. “We first reported its discovery a little over six years ago, but we really didn’t understand what it did. We knew it played a role in maintaining metabolic health, but we didn’t know much beyond that.”

In another recent paper published recently in Diabetes, a monthly peer-reviewed medical journal published by the American Diabetes Association, Butler and team offered a first definition of adropin’s functions that maintain metabolic health.

“When we measured adropin levels in mice, they were suppressed under fasting conditions and stimulated after feeding, suggesting functions related to the changes in metabolism that occur with feeding and fasting,” Butler said. “Our work suggests that adropin plays a role in regulating metabolic (energy) homeostasis.

“Basically, when you are well fed, your body prefers to use glucose and the release of adropin supports this change by enhancing the use of glucose as a metabolic fuel in muscle. However, when you are fasting, your body prefers to use fatty acids. Our observations suggest that a decline in adropin with fasting may be a signal to “take the brakes off” the use of fatty acids.”

Building on that work, the Molecular Metabolism paper reports that low levels of the hormone observed in obesity may contribute to diabetes and the reduced ability of the body to use glucose.

Butler describes the finding as an encouraging lead in the search for new treatments for impaired glucose tolerance.

“The hope is that adropin could someday be used in the clinic to help patients with type 2 diabetes control blood sugar levels and delay or prevent the development of the disease in at-risk individuals.”