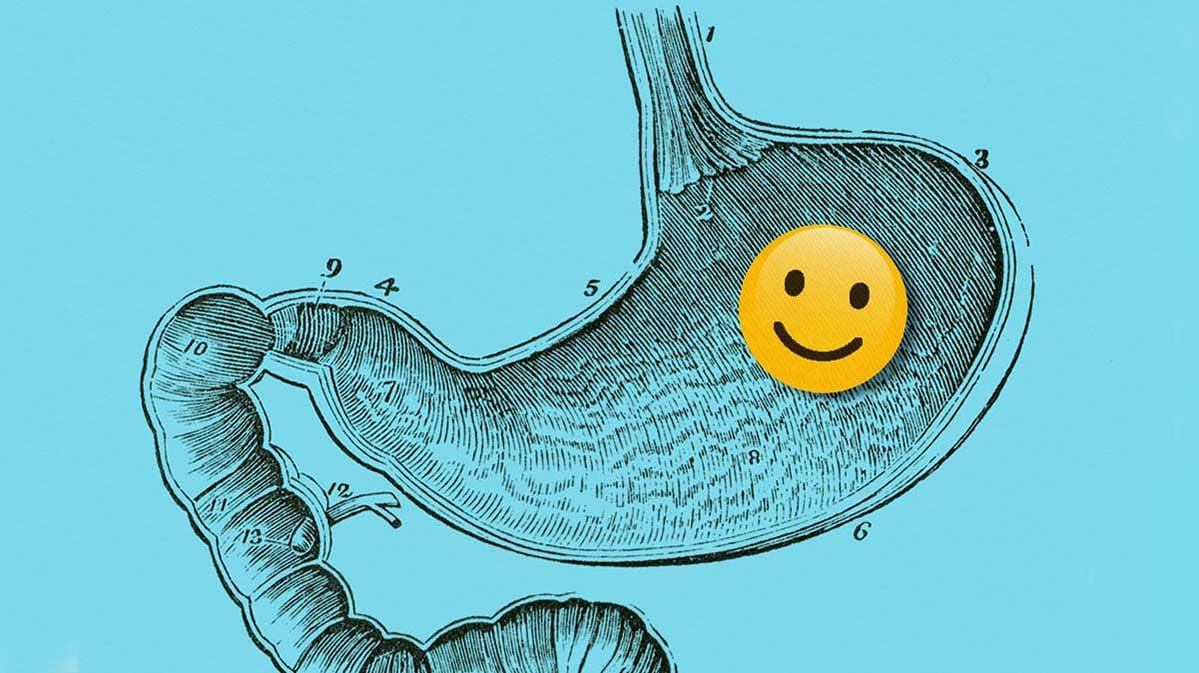 Gut bacteria are tiny but may play an out-sized role not only in the host animal’s digestive health, but in their overall well-being. According to a new study in Nature, specific gut bacteria in the worm may modify the animal’s behavior, directing its dining decisions. The research was funded in part by the National Institutes of Health.

“We keep finding surprising roles for gut bacteria that go beyond the stomach,” said Robert Riddle, Ph.D., program director at the NIH’s National Institute of Neurological Disorders and Stroke (NINDS), which supported the study. “Here, the gut bacteria are influencing how the animal senses its environment and causing it to move toward an external source of the same bacteria. The gut bacteria are literally making their species tastier to the animal.”

Researchers at Brandeis University, Waltham, Massachusetts, led by Michael O’Donnell, Ph.D., postdoctoral fellow and first author of the paper, and Piali Sengupta, Ph.D., professor of biology and senior author of the study, were interested in seeing whether it was possible for gut bacteria to control a host animal’s behavior. The group investigated the effects of gut bacteria on how worms, called C. elegans, sniff out and choose their next meal.

Bacteria are the worms’ primary food. In this study, the researchers measured how worms fed different strains of bacteria reacted to octanol, a large alcohol molecule secreted by some bacteria, which worms normally avoid when it is present at high concentrations.

Dr. O’Donnell and his colleagues discovered that worms grown on Providencia alcalifaciens (JUb39) were less likely to avoid octanol compared to animals grown on other bacteria. Curiously, they found that live JUb39 bacteria were present in the gut of the worms that moved toward octanol, suggesting that the behavior may be determined in part by a substance produced by these bacteria.

Next, the researchers wanted to know how the bacteria exerted control over the worms.

“We were able to connect the dots, all the way from microbe to behavior, and determine the entire pathway that could be involved in this process,” said Dr. O’Donnell.

The brain chemical tyramine may play an important role in this response. In the worms, tyramine is transformed into the chemical octopamine, which targets a receptor on sensory neurons that controls avoidance behavior. The results of this study suggested that tyramine produced by bacteria increased levels of octopamine, which made the worms more tolerant of octanol by suppressing the avoidance of octanol that is driven by these neurons.

Using other behavioral tests, the researchers found that genetically engineering worms so that they did not produce tyramine did not affect suppression of octanol avoidance when the worms were grown on JUb39. This suggests that tyramine made by the bacteria may be able to compensate for the endogenous tyramine missing in those animals.

Additional experiments indicated that worms grown on JUb39 preferred eating that type of bacteria over other bacterial food sources. Tyramine produced by the bacteria was also found to be required for this decision.

“In this way, the bacteria can take control over the host animal’s sensory decision-making process, which affects their responses to odors and may influence food choices” said Dr. Sengupta.

Future studies will identify additional brain chemicals produced by bacteria that may be involved in changing other worm behaviors. In addition, it is unknown whether specific combinations of bacterial strains present in the gut will result in different responses to environmental cues. Although worms and mammals share many of the same genes and biochemical processes, it is not known whether similar pathways and outcomes exist in higher order animals.