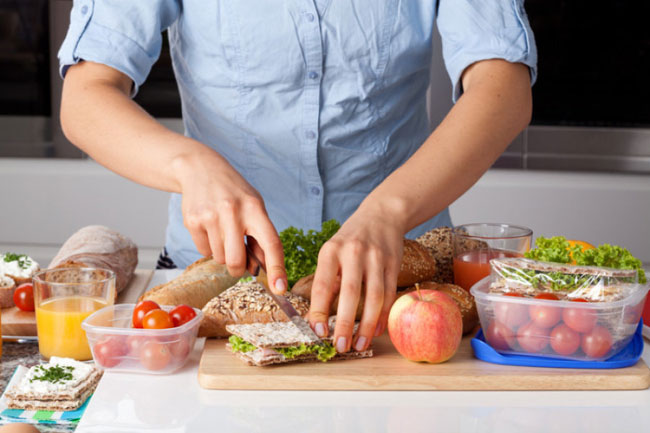 Can initial modes of behavior be used to predict how fit and healthy a person will be 18 years later? This question was in the focus of studies performed by researchers of KIT, Technische Universität München, and the universities of Konstanz and Bayreuth. A basic survey covered about 500 adults over a longer term. The result: Initial habits determine physical fitness and health in the long term. The study is now reported by the scientists in the journal Psychology of Sport and Exercise.

“The results of our study reveal how important it is to acquire health-promoting habits at early adult age already. This should also be in the focus of prevention measures,” Professor Alexander Woll, Head of the KIT Institute of Sports and Sport Science, explains. Initial habits concerning nutrition and physical exercise will influence physical fitness and health in a statistically significant way in the long term.

In their study, the researchers used a four-stage biopsychosocial model to identify mutual interactions of health-relevant factors. On the first level, distal, environment-related factors, such as the migration background and socioeconomic status, can be found. The second level covers proximal, personal factors, such as social support, stress management strategies, and the coherence feeling. The third level includes behavioral factors, such as nutrition habits, smoking, and physical exercise. Physical fitness and health make up the fourth level.

To study the influence of health-relevant factors on physical fitness and health, the scientists used a municipal survey made by KIT from 1992 to 2010: The participants, 243 women and 252 men at an average age of initially 45 years, were selected randomly from the register of inhabitants of the municipality of Bad Schönborn. In the years 1992, 1997, 2002, and 2010, the participants filled out questionnaires and passed anthropometric and medical examinations and fitness tests.

Based on this survey, an analysis using statistical methods now revealed that factors on all levels, above all the migration background and socioeconomic status, stress management strategies and expectation of impacts as well as nutrition and physical exercise habits, had a direct or indirect influence on physical fitness and health of the participants in 1992. Moreover, initial nutrition and physical exercise were found to affect the status of fitness in the following 18 years.

According to the study, the factors of migration background and so-cioeconomic status do not directly, but indirectly influence the health-relevant habits. Further development of stress management strategies by persons of lower socioeconomic status may improve the nutrition habits. A better impact expectation may improve exercise habits.

Surprisingly, the study did not reveal any direct relationship between physical fitness and health, the parameters being the body mass index (BMI), waist-hip ratio, blood pressure, cholesterol, and uric acid. According to the scientists, this may possibly be explained by the fact that the fitness tests did not consider endurance that is a major health-determining factor. “Other studies clearly revealed that changes of physical fitness also cause the health-relevant risk factors to change,” Professor Woll reports. In the future, the researchers plan to analyze the results in a more differentiated manner in order to obtain further insight into health-relevant modes of behavior and their impacts on health during life.

The study done by Karlsruhe Institute of Technology.