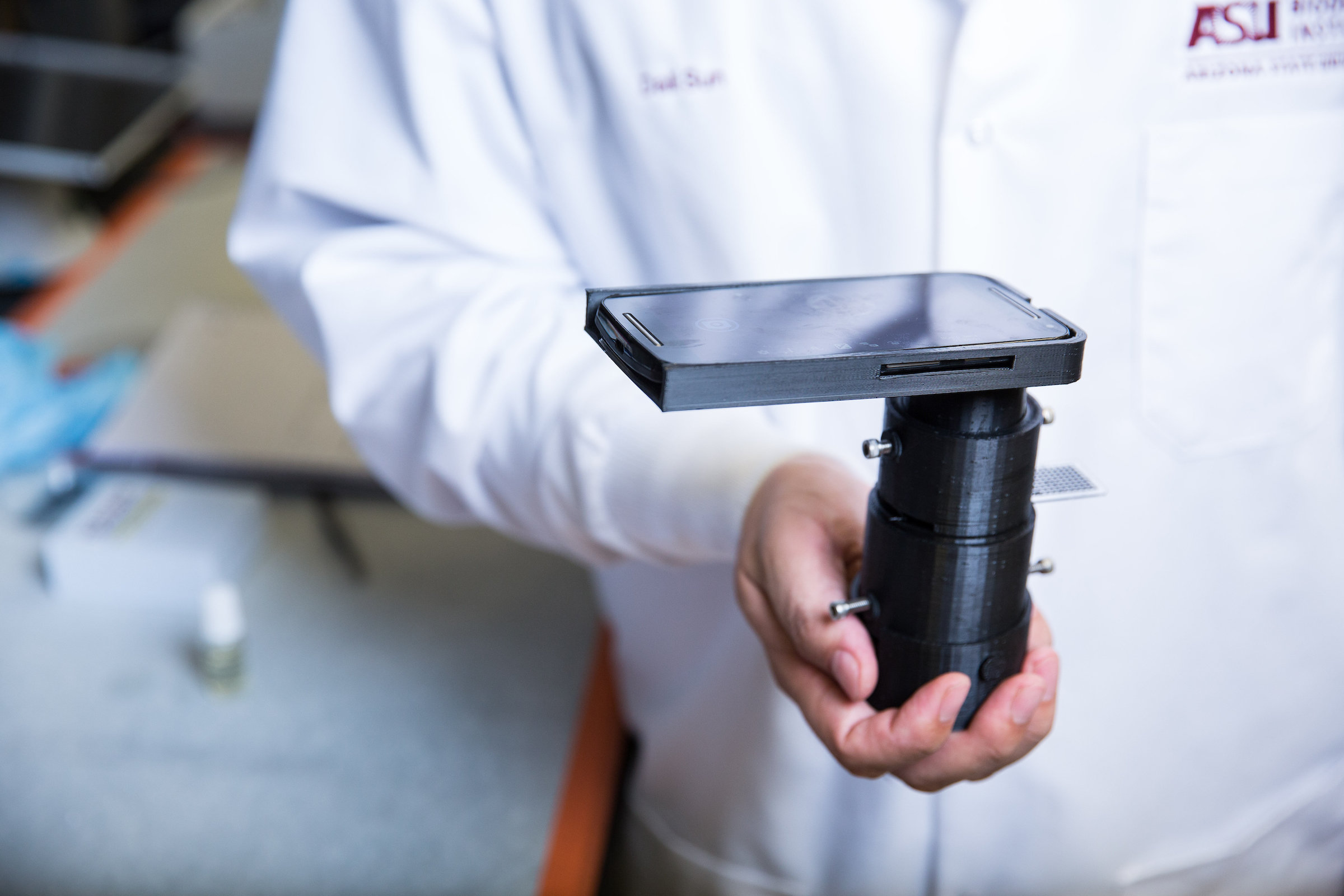 Retinal damage due to diabetes is now considered the most common cause of blindness in working-age adults. In low- and middle-income countries, an eye examination via smartphone could help to detect changes at an early stage. This is shown by a new study carried out by scientists from the University of Bonn together with colleagues from Sankara Eye Hospital Bangalore (India). The results are published in the journal Ophthalmology.

One of the most dangerous long-term complications of diabetes is vascular damage. In the eye’s photosensitive layer, the retina, this also impacts the capillaries. This network of small vessels supplies the sensory cells with oxygen and nutrients. If it deteriorates, abnormal new vessels form instead and further harm the damaged retina. Left untreated, this often result in loss of vision and ultimately blindness.

“If such a retinopathy is recognized and treated in time, vision loss can often be prevented,” emphasizes Dr. Maximilian Wintergerst from the Department of Ophthalmology at the University Hospital Bonn. “An important aspect of therapy is better control of the diabetes; in addition, it is also possible to treat the undersupplied retina with laser light before further problems occur.” Laser treatment destroys the undersupplied retina so that it can no longer cause problems by releasing growth factors. These can otherwise cause the formation of abnormal vessels and fluid accumulation in the retina.

A lack of exercise and an increasingly high-calorie diet mean that diabetes is currently on the rise globally. It is estimated that 8 out of 10 people with diabetes worldwide live in developing and emerging countries, which often have a poorly resourced health system. Systematic retinal screening of diabetics is therefore usually not possible in these countries.

This could be overcome by using devices that were actually designed for a completely different purpose — smartphones. The increasingly affordable devices nowadays usually come with high-quality cameras. And these are surprisingly useful for diagnosing diseases of the retina. The current study conducted by Wintergerst together with colleagues from Bonn and Bangalore in southern India points in this direction.

In the study, the researchers compared four different approaches aimed at enabling ophthalmoscopy with a standard mid-range smartphone. Not all of them fulfilled this promise equally well. “The best result in our test was achieved by an adapter with an additional lens that is attached to the smartphone,” Wintergerst concludes. “It allowed almost 80 percent of eyes with any retinal changes to be detected, even in the early stages. Advanced damage could even be diagnosed 100 percent of the time.”

The scientists had trained optometrists (ophthalmic assistants) from the Sankara Eye Hospital in Bangalore for their study. On average, they needed one to two minutes per examination. This involved documenting changes in the retina by filming the back of the eye with a smartphone camera. The co-author of the study, Prof. Dr. Robert Finger from the Department of Ophthalmology at the University Hospital Bonn, considers these capabilities to be what makes the method so appealing: “This means that the examination can also be enabled by trained laypersons,” he says. “The images are then sent via the Internet to the ophthalmologist for diagnosis.”

The researchers are currently developing an app in collaboration with their colleagues from the Sankara Eye Foundation in India. This app will make it possible to create an encrypted electronic patient file for each patient on the smartphones used for the examination. It not only stores the images, but also the findings of the doctor who ultimately reviewed them. Furthermore, the researchers are working on an automatic pre-evaluation of the images using artificial intelligence. In such methods, a software “learns” to recognize pathological changes independently on the basis of thousands of retinal images.

The researchers hope that their work will improve eye care in developing and emerging countries. The project is funded by the German Federal Ministry for Economic Cooperation and Development and the Else Kröner-Fresenius Foundation. Recently, it was also presented with the special award of the “bytes4diabetes Award” for innovative digital approaches in the fight against diabetes.