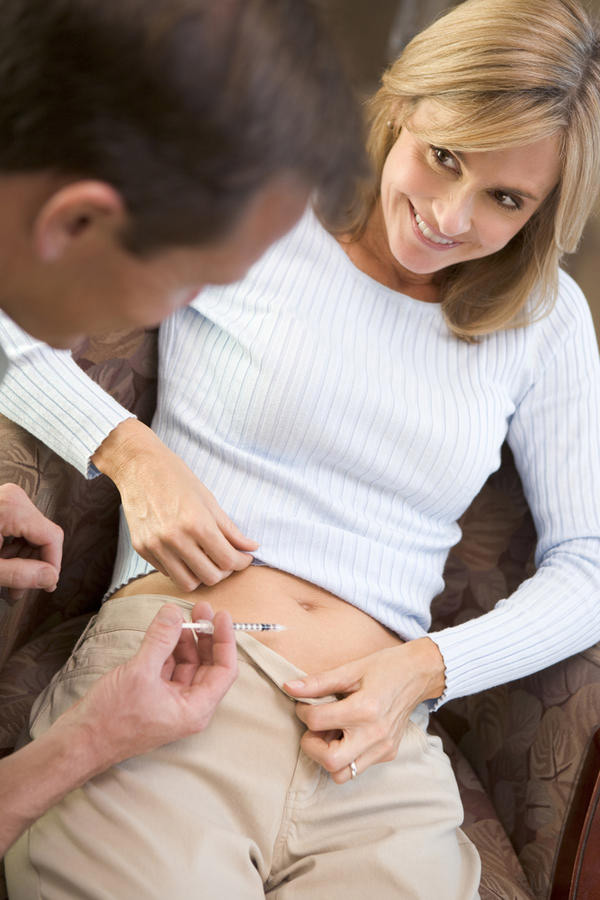 An insulin-regulating hormone that, until now, only had been postulated to exist has been identified by researchers at the Stanford University School of Medicine.

The hormone, called limostatin after the Greek goddess of starvation, Limos, tamps down circulating insulin levels during recovery from fasting or starvation. In this way, it ensures that precious nutrients remain in the blood long enough to rebuild starving tissues, rather than being rapidly squirreled away into less-accessible fat cells.

The researchers first discovered limostatin in fruit flies but then quickly identified a protein with a similar function in humans.

“Starvation or famine is an ancient, ever-present specter faced by all living organisms,” said Seung Kim, MD, PhD, professor of developmental biology. “The ways to deal with it metabolically are likely to be ancient and conserved. This research clearly connects the dots between flies and humans, and identifies a new potential way to regulate insulin output in humans.”

In particular, members of a family with an inherited mutation in the human analog of limostatin exhibited many of the same physiological characteristics as flies genetically engineered to be unable to produce limostatin — namely, high levels of circulating insulin, low blood sugar levels and a tendency toward early onset obesity.

A paper describing the research findings will be published Feb. 3 in Cell Metabolism. Kim is the senior author, and graduate student Ronald Alfa is the lead author.

Insulin is a key player in the complicated metabolic dance shared by nearly all organisms. Its importance can hardly be overstated. After a meal, animals and humans produce insulin in response to the increase in blood sugars that occur as a meal is digested. This insulin stimulates the storage of circulating sugars into muscle and fat cells for future use. Too little insulin, or an inability of the body to respond correctly to its signal, causes a dangerous spike in blood sugar levels. Conversely, too much insulin can cause a rapid drop. Both conditions can be life-threatening, and ongoing swings in blood sugar levels can lead to complications, such as blindness, poor circulation and kidney failure.

“This work has critical ramifications for our understanding of metabolism, and has the potential to transform our approach to treating diseases like diabetes,” said Domenico Accili, MD, director of the Columbia University Diabetes and Endocrinology Research Center and Columbia’s Russell Barry Foundation Professor of Diabetes.

“The discovery of limostatin, a new hormone that can act to decrease insulin release, is an important advance,” added Accili, who was not involved with the research. “The notion that mammals express a related family of intestinal hormones that can affect insulin secretion may inform new efforts to find drugs that combat diabetes in humans.”

Limostatin was identified by virtue of its response to fasting. Kim and his colleagues withheld food from their laboratory fruit flies for 24-28 hours and looked to see which genes were highly expressed during this time. They narrowed the list to those genes that encoded proteins resembling hormones, which are special signaling molecules that circulate throughout the body to affect the function of distant cells. They observed that one of these, limostatin, caused characteristics of insulin deficiency when overexpressed in flies.

Kim and his colleagues then genetically engineered a strain of flies unable to express limostatin. They found that these flies had too much circulating insulin. As a result, the animals had abnormally low levels of circulating sugars and more than the usual number of fat cells as they packed on the micro-pounds. Their life span was also shortened.

The researchers found that, in flies, limostatin is produced by nutrient-sensing cells in the gut. It then circulates through the animal to reach the cells responsible for producing insulin. In flies, these are in the brain; in humans, insulin is produced by beta cells in the pancreas. Limostatin binds to the cells via a receptor protein on their surfaces, reducing the amount of insulin they secrete. Blocking the expression of this receptor in flies, the researchers found, affected the insects in the same way as if they couldn’t express limostatin.

Once the researchers had identified the receptor for limostatin in fruit flies, they looked to see if it resembled any human protein. A trail of biological breadcrumbs led them to the receptor for a protein called Neuromedin U. The protein is produced in the brain, and controls a variety of physiological responses including smooth muscle contraction, blood pressure control, appetite and hormone function in humans.

Based on their experiments in fruit flies, Kim and his colleagues expected that Neuromedin U might also be important in insulin regulation. They found that the protein is also expressed in the stomach and intestines, and the Neuromedin U receptor is found on insulin-producing beta cells in the pancreas. Neuromedin U and its receptor appeared to neatly connect nutrient sensing in the gut with insulin-producing cells elsewhere in the body.

To confirm their finding, the researchers tested the effect of physiological levels of Neuromedin U on human pancreatic beta cells in the laboratory. They found that the hormone bound to the beta cells and blocked their ability to secrete insulin in response to an increase in glucose in their environment. Finally, they were able to connect what they saw in the lab to a naturally occurring mutation in humans.

“We found a variant of this hormone that is mutated in a human family,” said Kim. “Members of this family who inherited this mutation have early onset obesity and diabetes, and some have abnormally high insulin levels. We predicted that this variant would cause a loss of function in our laboratory assay of insulin secretion, and that is what we found.”

In short, the same mutant form of Neuromedin U that was shared by affected family members was unable to suppress insulin secretion in the laboratory-grown beta cells. “These experiments were a linchpin linking what we saw in the laboratory to human physiology,” said Kim.

Limostatin belongs to a class of hormones called decretins, which have been suspected to exist for about 150 years, starting with work by the renowned French physiologist Claude Bernard. In 1932, researchers identified a class of hormones called incretins, which were expressed in the gut after a meal and stimulated insulin secretion. Other metabolic studies, including those on animals and people undergoing starvation conditions, suggested that another class of hormone might function to suppress insulin production during times of famine. A phenomenon was termed “starvation diabetes” to describe how rapid re-feeding with glucose or carbohydrate-rich foods after a fast can cause diabetes-like symptoms of abnormally high blood sugars and low insulin production.

The discovery of limostatin, a decretin, further validates the use of fruit flies as a diabetes model, according to Kim. It may also explain a puzzling phenomenon that often occurs after bariatric surgery. The procedure, which removes a portion of the stomach to enable weight loss in obese people, often rapidly reverses ongoing or incipient signs of diabetes long before any pounds are shed.

“Your body has multiple checks and balances to control insulin production,” said Kim. “We believe it’s likely that the decretin pathway acts as a sensing and regulatory method in many other situations in addition to starvation. Perhaps this is one possible explanation for the effect of bariatric surgery.”