The quest to satisfy the sweet tooth without adding to the waistline has a new weapon in its arsenal: a strain of yeast that can metabolize lactose, the sugar in dairy products, into tagatose, a natural sweetener with less than half the calories of table sugar. 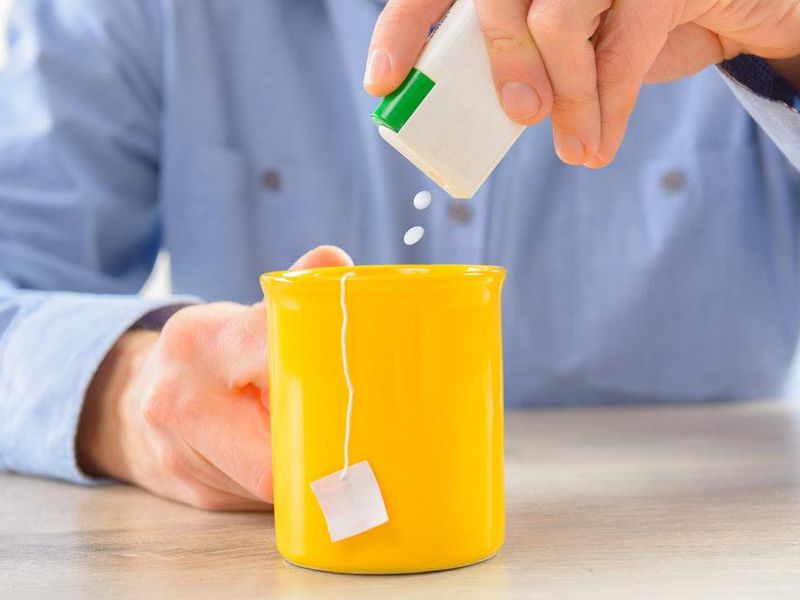 Yong-Su Jin, a University of Illinois professor of food science and human nutrition, led the research team that engineered the yeast strain, which produces tagatose in much larger quantities than traditional enzymatic manufacturing techniques and could help make tagatose a cost-effective alternative to sugar or high-fructose corn syrup.

The researchers published their work in the journal Nature Communications.

“Tagatose is a sweetener that exhibits almost identical tastes and textures of sucrose, or table sugar. However, tagatose has many fewer calories than sucrose — about 40% of sucrose,” Jin said. “In addition, it does not increase blood glucose levels as much as sucrose or fructose. The glycemic index of tagatose is 3, which is much lower than that of sucrose, 68, and fructose, 24. As such, tagatose carries a lower risk for developing Type 2 diabetes and other diseases caused by rapid and repeating glucose increases in blood.”

In spite of its benefits, tagatose has a high manufacturing cost that has kept it from wide commercial use, Jin said. Although it is naturally present in fruits and dairy products, the concentrations are too low to isolate tagatose effectively. The traditional manufacturing method involves a multi-step enzymatic process that turns galactose — a component of lactose — into tagatose.

Unfortunately, the enzyme reaction is so inefficient that only 30 percent of galactose is converted into tagatose, forcing manufacturers to use an expensive process to remove the tagatose from the galactose mixture.

Jin’s team used the internal machinery of yeast cells as tiny tagatose factories, much like how ethanol manufacturers use yeast to produce fuel from corn. The researchers engineered a strain of yeast that produces tagatose from lactose by making two genetic tweaks. First, they took out a gene that let the yeast use galactose as cellular fuel during lactose metabolism. Second, they added two genes that convert galactose into tagatose.

Thus, when the yeast is fed lactose, its own metabolism drives it to produce a solution that is 90 percent tagatose — much higher than the 30 percent yield from traditional manufacturing. Yeast reactors also operate on much larger scales than enzyme-based ones, which could allow for efficient mass production of tagatose, Jin said.

“Another advantage is that our yeast-based process can use whey indirectly. Whey is an inevitable byproduct of the cheese and Greek yogurt manufacturing processes as a raw material,” Jin said. “Due to the recent popularity of Greek yogurt, the disposal of whey is an issue in the dairy industry. We hope our process can be used to resolve the surplus whey problem. As our yeast fermentation-based approach allows a higher product ratio and the direct use of inexpensive dairy waste, we expect that the production cost of tagatose can be significantly reduced.”

Next, the researchers will explore using their yeast-based approach to manufacture other products from lactose.

“We showed that lactose can be efficiently and rapidly utilized by engineered yeast. With further metabolic engineering, we can produce other valuable products from the lactose abundant in whey, using our engineered yeast strain,” Jin said.