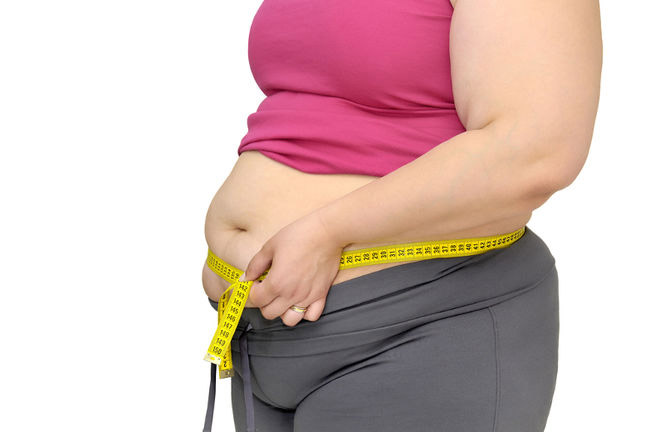 The link between obesity and osteoarthritis may be more than just the wear and tear on the skeleton caused by added weight. A Duke University study has found that the absence of the appetite hormone leptin can determine whether obese mice experience arthritis, no matter how heavy they are.

“We were completely surprised to find that mice that became extremely obese had no arthritis if their bodies didn’t have leptin,” said Farshid Guilak, PhD, director of orthopaedic research in the Duke Department of Surgery.

“Although there was some earlier evidence that leptin might be involved in the arthritis disease process, we didn’t think that there would be no arthritis at all.”

In fact, the joints from the obese mice in the study appearing in the journal Arthritis & Rheumatism looked better than those of the normal control mice, Guilak said. “However, in another study, we found that mice that gained half as much weight on a high-fat diet but processed leptin normally showed significant knee osteoarthritis.”

Leptin influences many of the factors involved in osteoarthritis — body weight, inflammation, sex hormone levels, and bone metabolism, said lead author Tim Griffin, PhD, who was at Duke Orthopaedic Department and now is an assistant member of the Free Radical Biology and Aging Program at the Oklahoma Medical Research Foundation.

“That also makes leptin challenging to study, however, because it’s difficult to isolate which pathway is being altered to prevent the development of osteoarthritis.”

Leptin is a well-known regulator of appetite, but this is the first time scientists have reported a role for leptin as a metabolic link between obesity and altered cartilage metabolism in joints.

The role of obesity as a risk factor for arthritis is well characterized, but it was thought to be merely a case of overloading joints with extra weight.

“It hadn’t been studied beyond that,” Guilak said. “We knew from other studies that obese people got arthritis in their hands, too, which don’t bear weight. This indicated that something besides just body-weight level affected their joints.”

The Duke team set out to learn whether the increased body fat of obesity causes an inflammatory response in joints — an imbalance of the immune system signaling proteins called cytokines and other chemicals in osteoarthritis.

They studied mice that were leptin-deficient or deficient in leptin receptors — mice that didn’t have any effective leptin in their bodies. Both types of mice overate and gained weight.

Then they compared the study mice with normal mice to document knee osteoarthritis. The measurements included pro- and anti-inflammatory cytokines present in arthritis, and several tests to assess bone changes in the knees of the mice.

The knee bones of the leptin-free, obese mice did change, but without forming osteoarthritis. The levels of inflammatory cytokines, which correlate with arthritis, were largely unchanged in these mice. The results suggested that leptin may have a dual role in the development of osteoarthritis by regulating both the skeletal and immune systems.

What does this mean for people? “Obesity is still the number one preventable risk factor of osteoarthritis, but now it seems body fat by itself is not what is causing it,” Guilak said.

“If you are obese, there are benefits to losing weight in terms of arthritis. For example, if you are obese and lose just 10 pounds, pain decreases significantly. Pain modulation is another clue it might be a chemical or systemic metabolic effect, rather than just a mechanical effect of less weight on the joints.”

As with many studies that yield unanticipated findings, “we have a lot of additional questions and experiments that need to be done to further understand how leptin mediates the development of osteoarthritis,” Griffin said.

“With obesity and osteoarthritis, there are good similarities between humans and mice,” Guilak said. “If we can find a pathway that links a high-fat diet with arthritis, then we can try to identify and block the inflammatory mediators that are linked with the dietary fat.”

The study was sponsored by the National Institute for Arthritis, Musculoskeletal and Skin Diseases and the Arthritis Foundation. Lead author Timothy M. Griffin, formerly of the Duke Department of Surgery, is now with the Oklahoma Medical Research Foundation. Co-authors Janet L. Huebner and Virginia B. Kraus are with the Duke Department of Medicine.