In January 2017 guidelines were released urging parents to begin early introduction of peanut-containing foods to reduce the risk of peanut allergy. A new study shows those who are aware of the guidelines are still hesitant to put them into place and not everyone has heard of them. 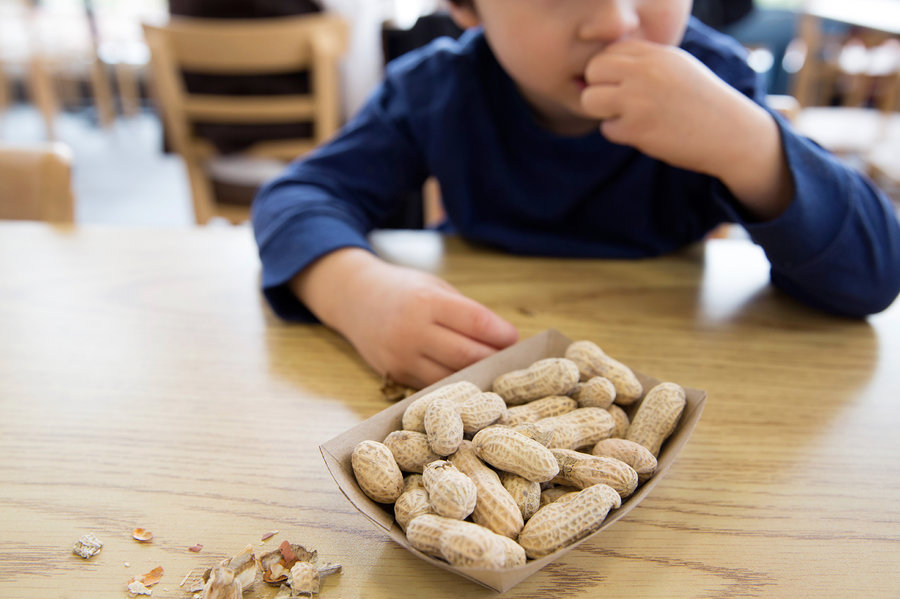 The study, published in Annals of Allergy, Asthma and Immunology, the scientific journal of the American College of Allergy, Asthma and Immunology (ACAAI) surveyed 1,000 pregnant women and 1,000 new moms. Respondents were asked about their willingness to try early peanut introduction to prevent peanut allergies and their familiarity with the guidelines.

“Since early peanut introduction is a relatively new idea, we were not surprised to find that more than half (53 percent) of those surveyed said following the guidelines was of no or limited importance,” said allergist Matthew Greenhawt, MD, MBA, MSc, chair of the ACAAI Food Allergy Committee and lead author. “We saw that overall, 61 percent of respondents had no or minimal concern about their child developing a food allergy, and only 31 percent of respondents were willing to introduce peanut-containing foods before or around 6 months.”

The guidelines, endorsed by ACAAI, identify children at high risk for developing a peanut allergy as those with severe eczema and/or egg allergy. The guidelines recommend introduction of peanut-containing foods as early as 4-6 months for high-risk infants who have already started solid foods, after determining that it is safe to do so. If an infant is determined to be high risk, peanut-containing foods should be introduced in a specialist’s office as an oral food challenge after peanut skin testing, or not at all if the child has too large of a skin test, which may suggest the child already has peanut allergy. Parents of infants with moderate or low risk for developing peanut allergy are encouraged to introduce peanut-containing foods at home, without such measures.

“The new guidelines are a breakthrough for preventing peanut allergy,” says allergist Edmond Chan, MD, ACAAI member and co-author. “But we’re still working on helping parents and pediatricians understand how important the guidelines are for preventing peanut allergies. Food allergies are scary, so it’s understandable that parents would hesitate to introduce a food they might see as dangerous. In our survey, only 49 percent of the respondents were willing to allow their child to be skin tested, and just 44 percent were willing to allow an oral food challenge before a year of age to help facilitate early introduction. Parents should consult with their pediatrician to help walk them through the process of early peanut introduction for their infant.”

Diagnosing food allergy is not always simple, but the need to make a proper diagnosis is very important. Allergists are specially trained to administer allergy testing and diagnose the results. To find an allergist near you, use the ACAAI allergist locator. To learn more about early peanut introduction, watch “Peanuts and your baby: How to introduce the two.”